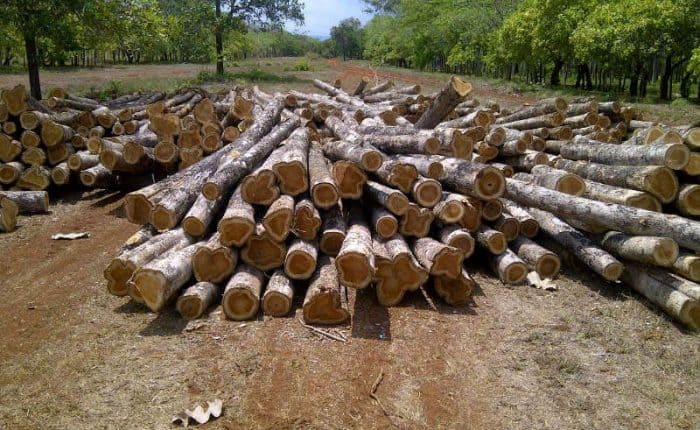 So you may be asking, what do US Tax Cuts, 2020 US Economic policy and Teak Hardwood have in common.  Read all the way to the end and I’ll make sure I bring it all together!

Trump’s tax reforms were welcomed by the entire republican government as one of the greatest achievements of the Trump administration. I’m deeply amused at how inconsistent the government policy is because these reductions have been single-highhandedly overridden by this new trade war that the US president’s been waging over the past year.

Even now, as Trump threatens to impose tariffs on Mexico, people are wondering if there was even a point to the tax cuts in the first place.

What Was The Tax Cuts And Jobs Act All About?

Donald Trump showed up for his presidential campaign talking about how the previous governments have been destructive for the US economy and taking away the people’s money. The US still has a long way to go, but even I can’t believe the path the guy’s taking in the aftermath of these cuts. Before we can speak about how the Republican’s have shot themselves in the foot, we need to understand what the tax cuts were intended for.

In the interests of the American economy and the taxpayer, president Trump carried out one of the most extensive overhauls of the tax system seen in thirty years. The cut basically reduced the income tax brackets on the citizens and on corporations to create room for greater economic growth. While the Act maintained all seven of the original tax brackets, it basically reduced the tax rate across all the brackets. To summarize, the following changes were introduced:

These changes were expected to increase the availability of disposable income to both consumers and corporations to impose inflationary measures on the economy. For as long as people had money to spend, they would demand more goods and services to provide a stimulus for growth—at least that was the general idea. Considering the less-than-optimistic economic outlook for the United States, that’s a pretty textbook policy response. For a while people were happy because the government identified the following benefits from the act:

The Republicans had something to cheer about given this outlook and the people were happy with Trump because he basically brought wealth back to America. Clearly, the president didn’t know what he was doing when he initiated a trade war to reduce the trade deficits resulting from trade relations with China and its really cheap export markets.

When he was campaigning, Trump proposed that he would impose trade tariffs on all goods coming in from China claiming that the country was using unfair trading practices. This was back in June 2016. That was the first ever hint of a possible trade war with the Chinese, which basically spelled out the biggest economic blunder in US history barring the 2007 GFC. Fast forward to 2017, the authorities in the US begin talks with the Chinese to reduce the trade deficit between the two countries.

After negotiations broke down, Trump imposed tariffs on all imported washing machines and solar panels from China. This was followed by a 25% tariff on all steel imports and aluminum goods coming into the country. China retaliated and imposed tariffs of its own, in a sequence that is continuing to this day. Even now, the Chinese and Americans can’t come to an amiable agreement that would postpone the imposition of tariffs but it looks unlikely that it’ll happen.

With the failure to negotiate a peaceful resolution to the trade war, Trump’s tax reforms were rendered ineffectual because people were paying higher for goods than before the tax. It’s pretty simple— corporations got a tax break of 14% but paid 25% for any goods brought into the market. Similarly, Trump docked a few points off a couple of base points off the tax rates on income, only to raise prices by 25%. People are now paying at least 14% higher on all goods being sold in the markets at the moment. So you really have to wonder—why did Trump even introduce tax reforms in the first place?

Economic Impact Of The Trade War

The trade war has effectively cut off all producers from consumer markets in China—a country that was also one of America’s largest trade partners (trade is worth $1.9 trillion).  This cuts into their revenues, while also increasing the prices charged by producers importing goods into the market from China. Essentially, he’s stifled demand and revenue for everyone working in the US at the moment. That’s a really great job president Trump.

We have yet to see the full effects of the trade war, but one thing is for certain—the only way to protect your wealth is through offshore tax planning.  Taking your wealth to offshore locations will cut away the remaining taxes that are only adding to your expenses as a corporation and individual. Better yet, you should consider moving out completely before the US administration introduces increasingly disastrous economic policies.

You could move your money to countries like Belize, Panama, and Nicaragua to possibly get second nationalities. These are a few countries that offer citizenship through reforestation programs. They cost minimal amounts and generate great revenues that aren’t taxed as highly as in the US. Some places of note include:

If you’ve not had a chance to listen to Rachel and I on my podcast Expat Money Show, here is the link. It’s an amazing interview as Rachel really is a wealth of information.

Here are a few more articles that I’m pretty sure you will find interesting:

The Belize Chocolate Company—Chronicles of Life in a New Land