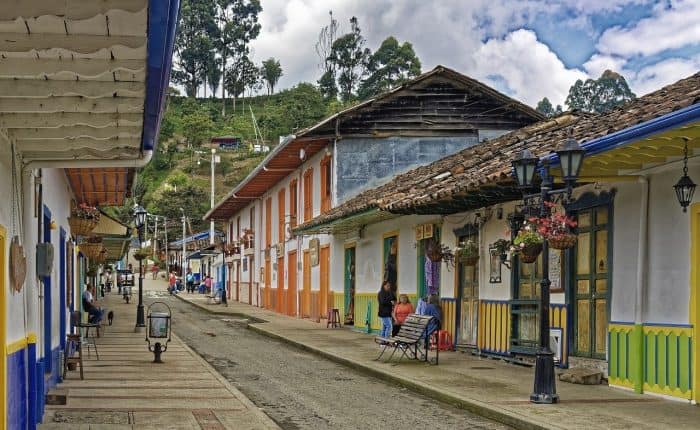 I can tell you exactly when this topic and viewpoint reaches its nadir – crime data.  The numbers.  The statistics.  Yet, folks make crime out to be what they experience.  What they witness.  What they “sense”.  Factual data and statistics be damned.  Don’t get me wrong, there is a very valid psychological perspective, when it comes to perception of crime.  However, regardless of the validity of such psychological impact, it does not negate the cold, hard crime stats for any one nation, city or neighborhood.  Regardless of how personal perspectives may have colored how one “feels” about crime, facts are…facts and they can be readily illustrated.

No, this article is not about crime in Ecuador – a topic done ad nausea and generally with little in the way of statistical fact.  This piece is about so much more.  It is about taking stock of a nation, that just 13 years ago was on the precipice of financial ruin.  Its currency lay in tatters.  The majority of banks had gone under.  Opportunity was lost and despair had taken her place.

With the rise of the President Correa Administration, new hope was found.  Opportunity returned and despair headed on the outbound train.  How do I know this?  Because the numbers paint the story.  Facts are, indeed, facts.  Let us look at a handful of those dramatic numbers of Ecuador statistics and place them in context.

69,000 – The number of National Police Officers which will patrol the streets of Ecuador’s cities, by 2017, when the Correa Police Reorganization Plan is finalized.  That number was 35,000 when he took office and their training was significantly under the standards of similar nations.  Today, a modern police force is taking root, to further secure citizen and traveler, alike, in Ecuador.

488 / 287 / 27 – Respectively, the number of major and locally owned Ecuadorean media outlets in the newspaper/magazines, radio stations and television stations market niches.  This in a country of only 14 million people, which is routinely and, quite erroneously, depicted as “curtailing press freedoms”, by the Western media.

2.7% – The real inflation rate (not adjusted) for 2013 in Ecuador. This figure is down from an all time high of almost 108% in late 2000, and a 10% inflation rate in the year directly preceding the rise of the Correa Administration.

16% – The percentage representing the reduction in the corporate tax rate from 2006 to 2013, under the current Correa government.  This despite the continued press misinformation suggesting rising taxes, when the reality is that effective tax collection policies have been implemented, which are now collecting taxes, from previous tax scofflaws.  Tax rates are down and efficient collection up.  This is win-win for the Ecuadorean people and the country’s ability to generate much needed infrastructure, without a rising tax rate.

4.15% – The Real GDP Growth Rate for Ecuador in 2013, up from a negative growth number (contracting economy) in the year 2000.  Note the over 4% growth rate suggests a very sustainable number moving forward, off the over 8% GDP growth rate peak in 2010, when the economy was overheating.  The Correa Administration managed that spike well, as today’s real inflation rate, highlighted elsewhere in this article, clearly accentuates.

$10.5 Billion (USD) – Ecuador’s external debt number, down from a high of $18.09 billion (USD) directly prior the ascension of Correa to the office of President.

$50 million (USD) – The most recently announced tranche of spending to promote Ecuador as a global tourism hot spot.  Ecuador has something for everyone and now the world is beginning to discover Ecuador!

7,800 Kilometers – A number representing the extent of new road construction in Ecuador, as part of the Correa Administrations infrastructure development plan.

$649 million (USD) – The amount invested in airport and maritime port projects in Ecuador, from 2008-2013, under the Correa Administration watch.

47.7 – Ecuador’s rating on the “Gap Between Rich and Poor: World Income Inequality Index (Gini Index)”, placing it ahead of such notable nations as Singapore, Mexico, Brazil, Chile, Hong Kong and Panama.

129% – The number which illustrates the increase in healthcare investment from 2008 to 2013 in Ecuador, as the country embarked on a Correa-led healthcare modernization and expansion campaign mandate.

10.87 – The number of homicides per 100,000 population in 2013 Ecuador.  This figure is down from 16.71 per 100,000 during 2007, which is the first recorded year where verifiable and substantial data was kept.  The modernization of law-enforcement continues in Ecuador, while the homocide rate drops dramatically.  All the while, certain news media sources, continue to hype the crime numbers, trying to create an irrational fear.

28.6% – The percentage of the Ecuadorean population still currently below the poverty line.  This figure is down from 50% in 1999, showing a dramatic improvement, over a relatively short period of time.

100% – The percentage increase in average salary for an Ecuadorean, from 2007 to 2013.  While wage scales remain low in Ecuador, relative to a global basis, the average Ecuadorean has seen his average salary double, in an environment almost free of price inflation, beyond a modest 3-4% yearly inflation rate.  Higher wages, plus low inflation, generally translates into a growing economy and middle class, which is exactly what Ecuador exhibits.

1.86% – The percentage of GDP newly invested in higher education enhancement by the Correa Administration, as Phase 1 of an ambitious plan to overhaul and modernize the education system in Ecuador.  The 1.86% of GDP figure puts Ecuador 2nd on a global basis, for percentage of GDP spent on education initiatives, trailing only Denmark at 2.19% of GDP.  Perhaps this figure is directly linked to Ecuador rising 20 spots in the Global Competitiveness Index for 2013.

$391 Million (USD) – The amount of Foreign Direct Investment (FDI) in Ecuador, during 2013.  That figure, during the Correa Administration, is up from $194 million in 2007.  Still, the media suggests that FDI shuns Correa’s Ecuador, when the numbers say differently.

$1.37 Billion (USD) / $523 Million (USD) / $412 Million (USD) – The corresponding respective amounts invested in Ecuador, during the Correa Presidential Administration, by the countries of Mexico, Panama and Spain.  Still, select elements of the Western media define Ecuador as allied only with “rogue states and capital”.  The numbers speak the truth.

In short, if you are old enough like me, you can still flash back to your early childhood days, while recalling the “paint by numbers” sets.  Each would graphically attached a numeric value to a specific paint/crayon color and a child would fill in the vague, lifeless, blank canvass, one number at a time, until a vivid visual imagery emerged.  Studying Ecuador statistics and their dramatic progress, in a short period of time, is pretty much a paint by numbers exercise.  You have to see beyond the distorted, vague and blank canvass presented by the Western media and discover the vivid and vibrant reality…one number at a time.  I hope these important details that I provide can serve as a first step on the journey of discovery.

How to Diversify Your Overseas Investments