You Can Buy The Government’s Debts In Colombia - Escape Artist 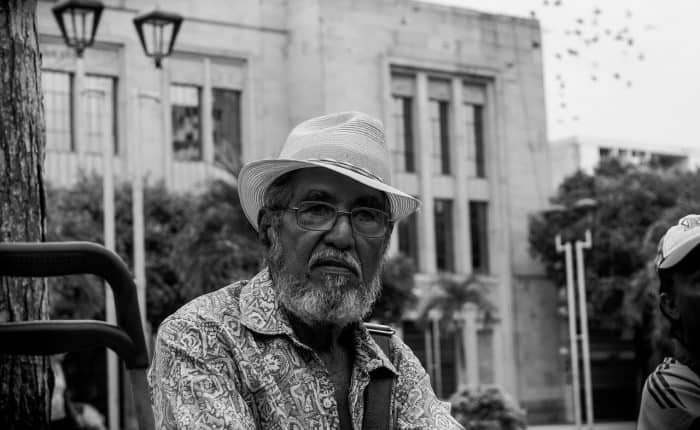 I’ve already written extensively on the economic future in light of existing economic circumstances. It doesn’t look too great from where I’m standing because the US-China trade war hasn’t settled yet, the reelection of Boris Johnson speaks volume of a continued white nationalism in the UK calling for Brexit and Hong Kong’s possible crash. Wall Street thinks that the trade war looks optimistic, but political and economic thinkers are of the opinion that it will never end.

I’m skeptical of Goldman-Sachs reports because I think it’s in their best interests to make sure the economy keeps functioning. It’s not the first time these people have put up a little window-dressing to influence markets—they literally caused the crash of 2007. Many political thinkers say that, and I’m inclined to agree with them, that this trade war is more of an ideological concern rather than a symptom of economic instability. Just because Trump closes the trade-war, there’s no way he can convince the Chinese to let go of their comparative global trade advantages. The cheap labour, lower costs of production and the sheer amount of money necessitate that they’ll continue with the same “unfair” trading practices they always have— that’s what economic wisdom indicates anyway.

Similarly, Hong Kong just hit its first recession in a decade and the Chinese are incentivizing people to move their money to Macau. Additionally, we don’t even know what the consequences of Brexit will be.

Considering these dynamics, it’s time we all started moving to alternative investments like some of the novel ideas that the Gutierrez Group is coming up with. They’ve taken factoring to a whole new level, by buying up the Colombian government’s debt obligations from people who’re don’t have to wait until the state pays up. I think that’s a great way to hedge against any potential losses in your portfolios and I’m writing this article to explain why.

It’s not new that governments use bonds to help arrange capital and to increase capital to spend. A significant reason why people invest in government bonds is the safety that such an investment offers—mostly because it is extremely rare that a government goes bankrupt. Even if the state can’t meet its financial obligations to the people, an organization like the IMF or the World Bank will bail them out. It’s nearly impossible that the investor doesn’t get their money back if they’ve lent it to the government.

I suppose the real question is— what happens if the government can’t pay back your money right now and you can’t afford to wait for them? This is where the ingenuity of the Gutierrez Group comes in—they’re buying up the government’s debt obligations in the form of judgment liens.

Debt Factoring As An Investment

Buying debts isn’t a new financial strategy, at least not in the United States. It’s those really convenient interactions between the financial and legal systems that create a way for a fail-safe investment in the Colombian government’s debts. For better understanding, I’ll explain through a simple case:

Let’s say you borrowed money from person A and told them that you’ll return it within time T. For some reason you can’t pay A back when they come calling for the debt and they take you to court for violating the terms of your agreement. The courts rule that you will pay them the money and until then the court hands over ownership of your assets to person A. Person A, in this situation, has a judgment lien over your asset and they can sell it if you still refuse to pay them back.

I’ve never heard of someone buying the government’s debt, but the Gutierrez Group is doing that as we speak. They’ve been in contact with people who have judgments against the Colombian government. These claimants have been in the system for anywhere from 5 to 8 years. The Gutierrez Group has nothing to do with the claimant until after the claim has been won. Once the Colombian Government recognizes these claimants and decide in their favor, it is added into the national budget in a first-come, first-served basis, and it’s payment usually takes another 24-48 months. At that point, The Gutierrez Group steps in and offer to pay the claimants out, at a slightly reduced rate so that the claimant can go along with their lives and not have to wait the 24-48 months for full compensation.

Now, the government has to pay this debt in full, but not to the claimant, but to the investors. The government makes one single payment, at collection, and this payment includes both the principal and the interests generated all throughout the waiting period. If you wish to buy some or a portion of this debt, there are several points that you can.  When the government finally pays out in full, you can receive a fairly tidy sum for your initial investment.

Think of this like any other government bond because the government is bound to pay its debts and will also pay interest over any late payments they make. So basically, you’ll buy a share in this debt portfolio at a lower value relative to the actual value of the debt and make interest at the same time.

The Set Out Investment Plan

The people over at the Gutierrez Group were also nice enough to show me their investment plans and projected returns over the period. It’s looks something like this:

As I mentioned earlier, the government does not make any payments on this debit until final payment, when interest and principal are paid at the end. The way I see it, it’s one hell of a path to grow your wealth.

The Gutierrez Group is a corporation that specializes in wealth management and legal work for high net worth individuals. These guys are a leading financial consultancy in Colombia that’s known for its innovative investment schemes, one of which includes their Colombian government debt investment plan. They also have a bunch of other investments like helping people set up timber plantations, providing taxi loans and mortgages in Colombia.

If you’re interested in their investment strategy, I strongly suggest that you get in contact with the Gutierrez Group directly. I’m fairly certain that this is one of the best financial opportunities at hand for anyone looking to make a long-term, steady income. You can reach them at +57-4 322 8898. This investment won’t be around forever, so if you like the numbers, act now!