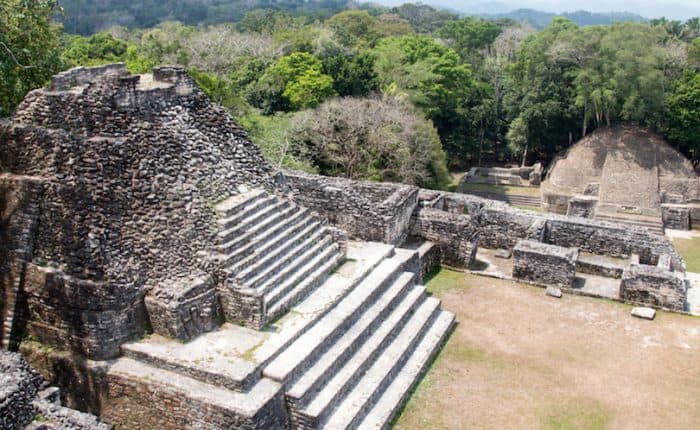 2015 was a record year for tourism in Belize. The San Pedro Sun, a local newspaper in San Pedro, Ambergris Caye, reports that in 2015 tourism increased 6.2% overall from the previous year. Ambergris Caye is the most popular tourist destination within Belize, drawing in the majority of revenue that goes toward public improvement projects and other community needs. However, Ambergris Caye unfortunately does not offer the increasingly popular attraction of Mayan ruin archaeological sites. To visit one of these many sites, which lie scattered across Belize, as well as throughout the region, is a thrilling treat that should not be missed by anyone visiting or residing in Belize. There are around 30 sites throughout Belize alone, and many others outside the country. The most popular ones are easily accessed via one of the local tour guide services, who generally offer a complete guided experience for a low fee. Many of the sites that have guided services are accessible from Ambergris Caye, making for a great day activity.

The Lamanai site is one of those within close proximity to the coastal region that can be toured in a day as an accompaniment to staying on Ambergris Caye. Lamanai, which means sunken crocodile in Maya, is the longest continually inhabited Mayan site in Belize. Indigenous populations resided there for nearly 3,000 years, up to and through the colonization of Belize by the Spanish and English. Roman Catholic churches were established at Lamanai before being destroyed by the Maya. The eventual collapse of the ancient civilization that erected these monumental temples, and the countless other structures among which they lived their lives, means most have been reclaimed by the jungle today. The best examples of the astounding ancient craftsmanship that built Lamanai are the Jaguar Temple, High Temple, and Mask Temple, which have been uncovered and can be explored today.

Just as those Maya who built these incredible temples were skilled craftsman who toiled endlessly hauling and lifting the millions of individual pieces of stone that built Lamanai, the tradition of honing a craft is still the culture that has lived on in this amazing country. On this author’s guided tour of Lamanai, joined by two friends, we were introduced to Captain Ron, who indeed captained our vessel, which carried approximately fifteen tourists and a few large coolers, propelled through the jungle up the New River from Orange Walk Town, in the Orange Walk district of Belize. We had been driven to Captain Ron’s river outpost up the Northern Highway, almost an hour’s drive from Belize City. The excursion was booked using Expedia.com, and we called the tour company 24 hours before our pickup time to confirm and give them the pickup point, which was the Radisson in Belize City. The pickup van was early, and we were off without hassle. The morning scenery made the drive roll by so comfortably, it hardly felt like an hour. After arriving at the site, Captain Ron informed us that while much of Belize operates on the relaxed, less-than-punctual “Belize Time,” his operation ran strictly on time, and with that we took off upriver.

This is when Captain Ron’s skills started becoming apparent. Not only was he captaining our boat, but the stout Mayan man in a windbreaker was also an enthusiastic birdwatcher, pointing out specimens as he steered our boat’s double outboard motors around corkscrew turns. After just a few minutes, it became overwhelmingly clear that while we were surrounded entirely by jungle, on a modest, simple boat, we were in good hands. Captain Ron’s expertise of the river showed in his confidence when maneuvering the boat around wild river bends, choosing which passages to take, and in his eagle-like ability to spy crocodiles and other wildlife on the banks.

His expertise only revealed itself further from there; once at the site of the ruins, after serving the group a delicious homemade lunch of traditional Belizean food and cold drinks, Ron guided us through the jungle. He pointed out plants, naming them and explaining their connection with the ancient Maya inhabitants of the area. He explained rituals and identified ruin formations that would otherwise be just another part of the landscape to the untrained eye, covered with hundreds of years of jungle growth. A proud descendant of the Maya that lived in this place, Ron was enthusiastic to explain any part of the culture and history that he could to curious visitors.

Our small group proceeded at a steady pace through the site, stopping at the most significant points of interest, mainly the three big temples, but we were not hurried. We climbed to the top of each of the three temples, admiring the seemingly endless variations of architectural features and uses of the millions of small stone pieces that make up these awe-inspiring structures.

The site was excavated in the 1970s, and Belize gained independence in 1981. In the few decades that this site has even been open for tourism, it has quickly helped to grow the economy of this small but flourishing country, and create a niche market that supports the local descendants of the people who built it.

The boat ride back to the river outpost was less leisurely and informative and more of just a boat ride, since Ron was determined not to get caught operating on Belize Time. From there, we took the same van back to our Belize City origin, the driver stopping at our request along the way to survey the goods of roadside vendors. We spent the night in Belize City as planned, although flying or water-taxiing back to the island was certainly still an option at around 5:00pm, when we arrived back to our day’s starting point.

Thousands of years of Maya civilization has led to the current regional phenomenon that is the tourism of these magnificent structures and the exploration of their ruins. In a day’s time we immersed ourselves in their world, climbed to the tops of the temples, looked out at the jungle from above the trees, and were back where we started by dusk –thousands of years of civilization condensed into one day. Lamanai is just one of the many Maya ruin sites you can visit to learn about this ancient culture, and just one of many days’ worth of activities that await you in Belize.

VIDEO: How to Drink From a Coconut