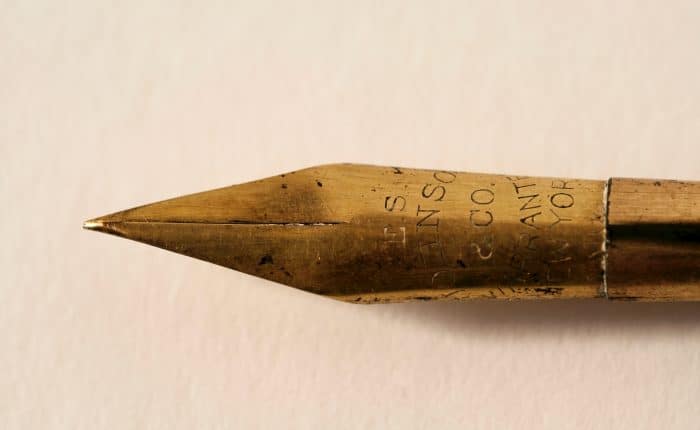 A lot of people are under the impression that Libertarianism is some sort of anarchist ideology that asks you to go around doing as you please, without any regard for others around you. Nothing could be as far from the truth as this misrepresentation of Libertarian principles, considering the role of Libertarian thinkers who developed the idea of the modern state based on the social contract. Libertarian thinking is literally concerned with trying to create a better world for individuals through mutual cooperation, considering the value that communities add to the lives of the people.

Here Is The Definition Of What Is A Libertarian:

Libertarianism is a collection of political philosophies and movements that uphold liberty as a core principle. Libertarians seek to maximize political freedom and autonomy, emphasizing freedom of choice, voluntary association, and individual judgment. Libertarians share a skepticism of authority and state power, but they diverge on the scope of their opposition to existing political and economic systems. Various schools of libertarian thought offer a range of views regarding the legitimate functions of state and private power, often calling for the restriction or dissolution of coercive social institutions.

Be it financial, economic or political, at no point in time has Libertarianism ever spoken out against organized social institutions or democratic politics. It couldn’t say something like this considering how Libertarian thinkers rebelled against autocratic monarchies and anarchist political vacuums to develop the concept for a state. Using individual freedom as groundwork for their political theories, libertarianism was perhaps the first ever intellectual movement that stood for the economic and political agency for the singular individual regulated by democratically elected governments. Libertarians have continuously debated this issue, trying to strike a balance between state regulation and individual freedom to bring us to a point where we are free to pursue whatever financial, personal and economic goals that we like.

Legality Is Contrary To Libertarian Principles

So for anyone to say that Libertarianism is somehow contrary to legality, is selfish and self-interested and is personally really amusing to me. We are working to make sure that people can pursue whichever path in life they want and we celebrate those who’ve reached the point of self-satisfaction. The fact that we have to think of elaborate ways to preserve our economic freedom means that we’ve essentially lost the battle for the protection of the rights of the common man. The fact that we have to clarify that we’re not anarchists, anti-state criminals, who are running away from the writ of the law, means that the narrative is skewed to our disadvantage.

The way I like to think about it is that we’re doing what we were always supposed to do, trying to live our lives to show that all of you are limited by existing legislation and it need not be that way. As financial libertarians, we’re trying to show that there is a way to overcome these limitations. In many ways, it’s not that we oppose the system; the system is rigged to work against us. In our efforts, we also try to show that the system also allows us to preserve our economic freedom and ultimately our freedom as individuals, through outlets that are slowly closing out and are never highlighted by state. We’re still trying to make sure that we live life on our own terms rather than on a dogmatic set of oppressive laws and trying to get as many people to do the same as we can. We do this, in the hopes that we could see a much more libertarian legal and financial system in place sometime in the future.

The Tax System As The Biggest Obstacle To Financial Freedom

The recent Tax Cuts and Jobs Act of 2017 has been lauded as a welcome economic move on part of the government. With a doubling of tax deductions amounts, everyone has been taken in by the “graciousness” extended of the state, without speaking of the overarching tax narratives. A closer look at the content of the tax ordnances highlighted by the Act clearly states a progressive tax system as a means of “redistributing” the wealth “equally” across society.

The other ordinances also include the tax rates cuts from the traditional 35% to 21%. Which sounds great and all, but that still lands the United States among some of the highest tax charging countries across the world. The fact of the matter is the taxes were high enough for them to not really have a major impact because lowering from that point was still a fairly high tax amount to pay compared to countries like Ireland and Cyprus that offer tax rates of 12.5%.  In any case, these proportions are hardly a great measure of the tax burden on the economy considering the $3.3 trillion collected in taxes during 2017.  For some perspective, the entire GDP for Pakistan was $305 Billion in 2017,

When you begin to consider some of the pressures facing the US economy, with a humungous debt-to- GDP ratio of 105% and the commitments by the Tax Cuts and Jobs Act to conduct more deficit funding; you have to wonder what exactly the state infrastructure is trying to achieve. Although deficit funding and public spending is an exercise that is regularly followed by states around the world, it almost seems like this “redistribution” isn’t really working out well for anyone considering existing economic conditions. In many ways, it looks like the governments are trying to place the pressure on the more affluent sections of the economy to fix its own problems while providing minimal support that they seem to take away with the tax systems that they have in place.

Did You Buy Into This?

Looking at this as Libertarians, the government is trying to achieve an economic goal that it could very easily have reached if they’d just reduced the restrictions placed on the individual investor. The United States economy finds itself stunted because of the ineffectiveness of half-thought-out economic policies that are ultimately stifling the economic potential of the country. With some of the highest per-capita income levels in the world and some of the most advanced technology sectors in the world, the US doesn’t exactly seem to be living up to the expectations that are sold to the people. There is an immense potential for a thriving, self-sustaining demand model that could very well be attempted but no one seems to consider it.

The fact of the matter is governments have failed to look out for the people and can no longer enable them at the cost of someone else. Ironically enough, this condition has hit far earlier than one would ever expect from an economic standpoint. Ultimately, it’s the state and its legality that has failed to live up to the libertarian principles that it was founded on.

In Episode 065 of The Expat Money Show, Joel Bowman talks about Real World Economic Examples on How to Internationalize your Life.

You might like Episode 071 with John Perkins.  John wrote ‘Confessions of an Economic Hitman’.  If you haven’t listened to this show, please do that right now.

Richard Maybury wrote this amazing article, I know you will really enjoy it, called:  Socialism – What Happens When You Let Your Opponent Define Your Words