A Study in Color: What Your Passport Says About You - Escape Artist

A Study in Color: What Your Passport Says About You 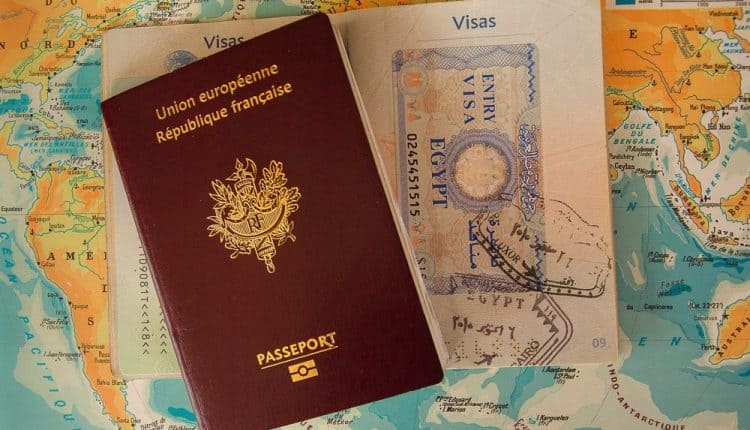 Passport color…generally relegated to benign observations in airport security lines. I often find myself drawn to the flashes of color that differ from my own U.S. passport – then I spend the next few minutes inconspicuously trying to get a good view of the country name and image. That’s the beauty of travel – people from all over the world brought together for one common goal…movement. Whether for necessity, adventure, or love, no matter who you are, we all end up in the same place…taking our shoes and belts off and walking through that metal threshold. Going from doctor, lawyer, contractor to traveler, if only for a few hours.

All romanticism aside, what do the colors of a passport really mean? The topic has reached a mild level of international interest as Brexit talks have prepared to switch UK passports from their current EU burgundy to their historical pre-1988 dark blue. While thoughts on this switch range from much ado about nothing, to a unifying return to independence, to a detestable display of nationalism, it turns out that the pigment of your passport actually reveals quite a bit about the person who holds it.

At present, there are only four base color options for passports around the globe, with shade variances within those categories: Red, Green, Blue, and Black.

Generally, each nation has autonomy to choose the color that they want to represent their citizens on the global landscape. The International Civil Aviation Organization (ICAO) is the governing body that regulates size and format of passports internationally. They determine what specific content is legally required, but the base color and shade within that are non-governed.

Each country has a different motivation for why they chose their specific passport color, but many decisions center around political, cultural, or religious rationale.

European Union passports are generally all a variant of burgundy or red, thought to be a symbol of unification – and, perhaps, in the eastern region, a nod to a communist past. This is particularly relevant in Slovenia, Serbia, Russia, Latvia, Romania, Poland, and Georgia. Other countries, such as Turkey and Albania, have independently adopted a similar burgundy in hopes of soon being included in the EU embrace.

In contrast, Caribbean nations tend to use blue as a symbolic New World departure from colonialism.

The Andean Community of Nations (Bolivia, Colombia, Ecuador, and Peru) also has burgundy passports, modeling their ambitions on the success of the EU.

Some decisions are more religiously motivated. Many of the muslim-dominant countries use the color green for their passport exterior. In Islam, green is said to have been Muhammad’s favorite color, symbolizing the natural world.

Green is also popular among many West African countries (like Nigeria, the Ivory Coast, and Senegal), particularly those belonging to the Economic Community of West African States (ECOWAS), as a sign of prosperity and solidarity.

Countries with black passports, like India and New Zealand, seem to be more practical with their decisions. Black appears more stately and also minimizes the appearance of dirt and wear-and-tear.

Not Simply a Black or White Issue

While the Brexit decision to revert back to the UK’s traditional, pre-EU blue passport has raised both criticism and praise, passport color fluidity is not uncommon on the global landscape. The United States passport has undergone many transformations in the past hundred years.

The original documents were believed to be red, switching to green briefly in the 30s, followed by burgundy and then black in the early 1970s. The navy color seen today was adopted in 1976, in honor of the blue found in the American flag.

The reason that almost all passports fall into one of the four main color groups is perhaps simply a logistical decision. According to Hrant Boghossian, vice president of the Arton Group which runs the Passport Index, “Passport production is a highly controlled process, and only a few companies around the world are doing it. The cardstock used for passport covers is usually supplied by a third party and only comes in certain colour variations to meet the required standards.”