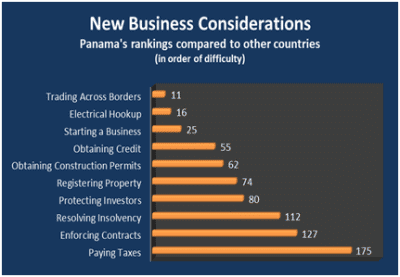 How easy is starting a small business in Panama?

The World Bank publishes an annual report that compares and ranks 189 countries around the world with regard to the ease of starting a small business. In their latest report, Doing Business 2014, Panama ranked 25th, which is up one point from its rank of 26th last year. By comparison, the ranking for Latin America and the Caribbean overall is 103.

Several indicators are reviewed to determine how open each country’s regulatory environment is for new startups. There are, however, aspects important to entrepreneurs which are not included, like competitiveness or ongoing costs. The data for Panama is also limited to results from Panama City and may not be reflective of other areas of the country.

Reviewing this report year over year can give insight into the direction of each country’s regulatory environment. By reviewing the results of each of the ten components included in the data, regulatory bottlenecks can be identified. The report in its entirety can be viewed at http://www.doingbusiness.org/~/media/GIAWB/Doing%20Business/Documents/Annual-Reports/English/DB14-Full-Report.pdf. 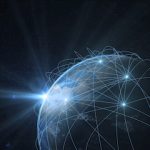 Key areas included in the rankings include the number of procedures required to legally start and operate a company, the time and cost required to complete each procedure, and the minimum amount of capital required. According to the data gathered for the report, starting a business in Panama requires five procedures which normally average six days to complete. Improvements are being reported in the ease of getting electricity, registering property and protecting investors.

Here are some of the Panama’s recent efforts toward easing the process of starting a business.

Can I get a job if I move to Panama?