Relocating to Portugal: What You Need to Know - Escape Artist 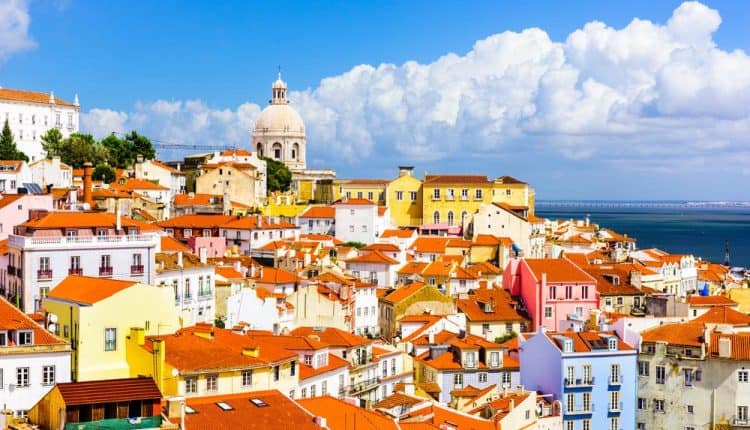 Portugal has seen more foreign tourists every year since at least 2000, and the number is exceeding itself by higher amounts each year. The year of 2017 showed a record-breaking 12 million visits for the first time ever. Judging by this trend, the stats that come out for 2018 are likely to show even more popularity for the country. With that growing popularity comes, naturally, a growing expat population.

Part of the reason people are relocating to Portugal is because it’s being newly discovered as a gorgeous European country that’s still relatively close to the United States and Latin America. There are more flights from Portugal to Brazil than there from Portugal to any other city. The convenient location of Lisbon is only about an hour flight to Madrid and a couple of hours from Paris and London. Some other reasons you generally hear regard safety, climate, things to do and high quality of life. So, what is the process for relocating to Portugal, and what else should you know about it?

Portugal may very well be the easiest European country in which to gain permanent residency. You’ll have to visit your local Portuguese consulate with all of your documentation to apply for a temporary residency visa at first. This visa will last a few months and will allow you to stay in Portugal, open a bank account and rent an apartment. You can apply immediately to upgrade this visa to a temporary residency permit. This permit would allow you to work and generate income in Portugal. It is good for one year, and the only requirement is that during that time you must spend 180 days within the country. After the initial year, this permit can be renewed for 2-year intervals each time.

After five years of renewals under the residency permit, you can receive permanent Portuguese residency. You can travel freely under this status without any minimum requirements for time spent in Portugal. One year of this type of residency qualifies you for citizenship, with which you can attain your Portuguese passport. This process is that simple! If you’d prefer to gain your residency through investment, however, there is a separate visa for that, called the Golden Visa.

Living in Lisbon, the capital city of Portugal, can be much more affordable than many cities of the United States (especially the capital of the U.S). Rent in the city center for a one-bedroom apartment runs at about $950 USD/month, while a three bedroom in the city center would cost about $1,800 USD/month. Outside of the city center, prices run from about $650 – $1,100 per month. Other cities can be more or less affordable, of course, but Lisbon being the capital city makes it a good starting point for price comparisons. For example, the popular expat city of Porto offers rent within the city center for between $700 and $1,300 USD per month. It all comes down to where you wish to settle, and you certainly can’t generalize prices for the whole country based on those of one city.

Portugal’s luxury housing market is growing in popularity, with prices having risen 10% per year over the last three years. The country experienced a recession in 2012, and in the years since has not only recuperated, but in some cases has surpassed where it once stood in the housing market. It helps that it is the third safest country in the world, after New Zealand and Iceland. In some areas, such as Algarve, real estate prices rose 4.9% during the first quarter of 2018, with very high demand from foreign buyers. Home prices in this neighborhood generally run from about $200,000 USD on the low end to about $500-600,000 on the high end. This includes apartments as well as houses. If you’re looking for an area with great golf courses and beaches, marinas, resorts, great food and easy access to flight connections, this is probably the type of neighborhood you’d choose. You can always choose something a little less pricey, further inland.

The idea of relocating to Portugal is growing in its appeal, but if you’re seeking to purchase a home there, you might want to take advantage of the market now before it gets too pricey. Portugal has a lot to offer any expat, and there’s no shortage of fun and exciting things to do.

Want more information about moving abroad to Portugal? Contact us below:

Top 5 Parks You Have to Check Out in Singapore