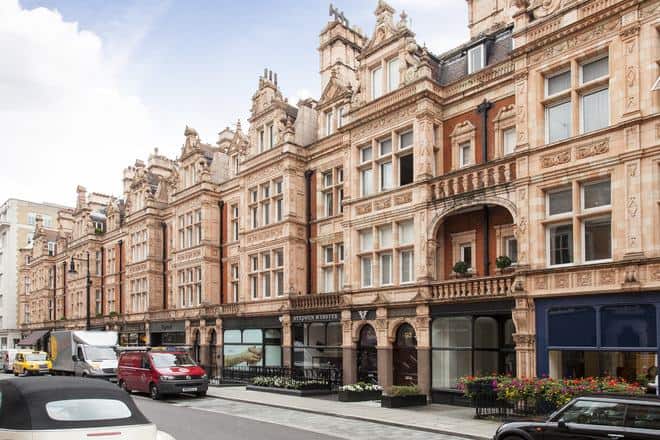 Delightfully situated to the east of, and overlooking, Hyde Park, London’s number one neighbourhood, Mayfair, is a favorite of the local aristocracy and wealthy travelers alike. With a healthy economy and real estate market, well connected public transport, and a selection of the top dining and retail establishments in the world, the area is home to some of the most affluent people on the planet and boasts an extraordinarily diverse culture. The neighborhood has such an allure that an Omani sheikh recently paid $34 million for two adjacent apartments, so his family could live close to Harrods in the neighboring district of Knightsbridge. Transactions such as these provide a positive outlook for the luxury property market in the UK, since the stamp duty hike in 2016 caused apprehension about the interest of wealthy expats.

Mayfair started out as a nameless stretch of muddy land, which didn’t find a purpose until the year 1686 when the annual May Fair relocated from Haymarket to accommodate the growing number of visitors. Later aptly named, complaints began pouring in from residents as the drinking, gambling, and noise levels grew, so the fair was moved yet again and finally came to rest at Shepherd Market, where it became a sophisticated annual event, still to this day.

Upon awaiting the next purpose, Mayfair’s residents began developing the area to include the beautiful garden squares and charming streets. This evolution was led by Sir Grosvenor and his family, which is when the world-famous Grosvenor Square was born.

LONDON’S FAVORITE NEIGHBORHOOD HAS A LOT TO OFFER 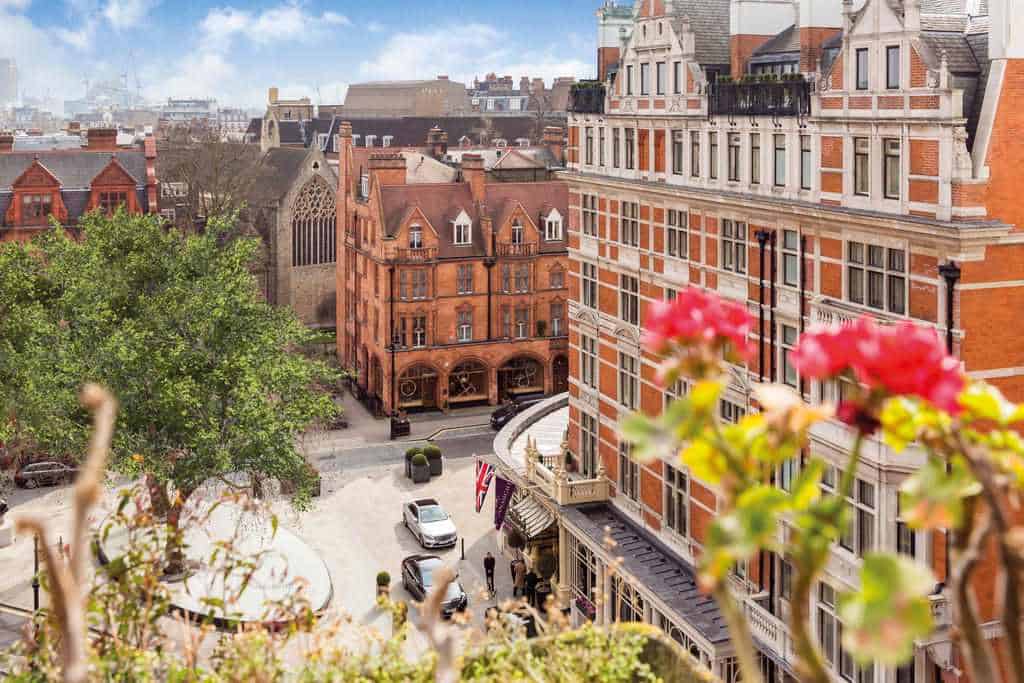 Now a global hotspot, Mayfair is an ideal location for a luxury city break; home to one of the most prestigious theatre districts in the world, the most exquisite dining a guest could desire, and one of the best retail experiences available. There are currently 72 Michelin star restaurants in the British capital, and over 20 of those are in Mayfair. Araki, the leading sushi restaurant in the area, has been awarded three Michelin stars despite only seating nine diners – it is well worth a visit. Another one to watch is Bombay Bustle, a new restaurant opening this month, offering Indian cuisine and owned by the Michelin star restaurant owners of Jamavar.

For a restful weekend, visitors have over 3,800 five star hotel rooms to choose from and refresh in the multitude of luxury spas. Ready for round two, the Luxury Quarter is not to be missed or underestimated. It is possible to spend hours shopping on the high streets of Regent Street and Bond Street, where over two-thirds of the world’s top retailers are accessible. London’s famous Regent Street has recently welcomed several new luxury brands, including the highly anticipated Weekday and Arket, while Parisian brand Maje arrives in 2018. Ready for some evening entertainment, the celebrity haunt, Annabel’s, has recently undergone a multi-million-pound renovation and revamp as well as adding some well-connected hires to their management team.

It is evident why tourists choose to flock to the luxurious neighborhood year-round, and many choose to make it permanent. Home to over 2,000 millionaires, the community is made up of well-educated, affluent families, couples, and singles of 42 nationalities – of which over 60% are aged under 44. Providing around £2.5 million to the local economy every year, residents give back twice as much as tourists, and this is expected to continue growing and evolving as wealth changes hands around the world. 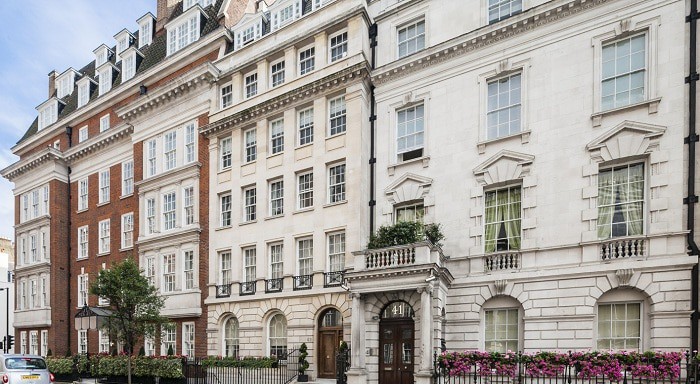 As the population continues to expand and evolve, Mayfair is set to undergo the most significant transformation it has seen in almost a century, according to Wetherell. There are 11 residential developments currently under construction, with a further 21 to be completed over the next five

years. The makeover expects to welcome an additional 25% increase in the current community, totalling 5,200 residents, and a 10% rise in residential addresses, reaching a total 4,363 homes on the 144 streets in the area.

London has managed to maintain a respectable real estate market since the Financial Crisis, with a 45% growth in house prices, and a remarkable 188% rise in Mayfair over the last ten years alone. The developments in the number one neighborhood will spread the most expensive postcode in London, W1K, to include W1S and W1J and increase sales prices in these three areas, which already contains the second most expensive street in the UK, South Audley Street.