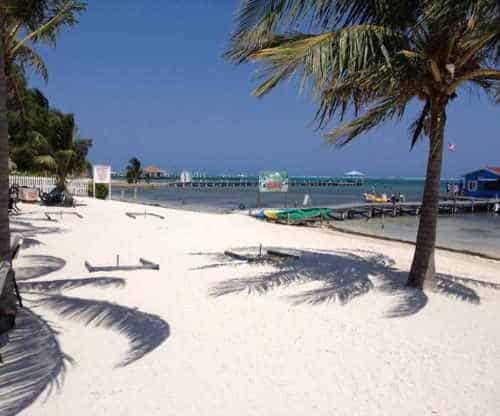 In order to qualify for the Foreign Earned Income Exclusion for 2018 and beyond, you need to become a legal resident of a foreign country. It appears that the 330 day test will be eliminated under President Trump and you will need to be ready for this change. Here’s how to qualify for the FEIE in 2018 and 2019.

There are currently two ways to qualify for the Foreign Earned Income Exclusion. You can be out of the United States for 330 out of 365 days or be a legal resident of a foreign country. We’re expecting the 330 day version of the FEIE to be eliminated by President Trump in the near future, leaving only the residency test.

To those of us in the business of preparing expat tax returns, the demise of the 330 day test is not a surprise. It’s been on the outs for years because it’s fraught with risk. 95% of the audits we see of expats and IRS Form 2555 are related to the 330 day test.

The first attack on the 330 day test, and move towards the residency test, came in 2012. The government ruled that the phrase “out of the United States” meant “in a foreign country.” Time spent in international waters or long flights lasting more than 24 hours count as US days, not foreign days.

Yes, it’s possible to take a flight and lose a day when you count time zone changes. For example, if you leave the United States for Switzerland by air on March 28, and you arrive in Switzerland at 9:00 a.m. on June 29, your first full day in Switzerland is March 30. For more, see: Changes to the FEIE Physical Presence Test Travel Days.

The IRS basically redefined “out of the US” to mean “physically present in a foreign country or countries 330 full days during any 12 consecutive months.” This really hurt pilots (who have different rules anyway) and those working on ships. I’ve seen US citizens who spend zero days in the US who don’t qualify for the FEIE using the 330 day test.

These changes affected all expats that push their days in the US. Anyone who spends 30 days a year in the US (leaving a 4 or 5 days cushion) is a prime audit target. The Service loves to audit these returns and look for unreported days or travel in international waters.

Because the FEIE is all or nothing, the return on these audits is high. Because hours spent auditing those using the 330 day test are the most profitable personal audits the IRS has, they deploy resources to target expats.

For example a husband and wife, each earning $100,000 a year tax free, who take a week cruse, could lose the entire exclusion. An ill timed cruise in international waters could cost you well over $60,000 in Federal taxes!

For these reasons, I’ve been telling clients to switch to the residency test for years. The 330 day test is simple on its face, but difficult in practice and a major audit target.

Not everyone takes this advice. The 330 day test lulls them into a false sense of security. While the residency test requires you to get a residency visa, and this often requires an investment, the 330 day test has no upfront costs.

The residency test also requires you to put down roots somewhere. You need to have a “home base” and make an effort to create as may ties to that country as possible… and break as many ties with the US as you can.

Those who are unsure if they’ll remain out of the United States, those on temporary assignment, and perpetual travelers, all have a difficult time committing to the residency test. For more on this, see: How to Escape the Perpetual Traveler Tax Trap.

Trump’s tax plan might eliminate the 330 day test by moving to a territorial tax system. It’s likely that only those with residency in a foreign country will qualify for this version of the Foreign Earned Income Exclusion.

Under the territorial tax system, residents of a foreign country will be allowed to exclude salary and business income as they do under the current FEIE. It also appears that you’ll be allowed to shield foreign sourced capital gains and passive income from US tax under this system.

Those who are already legal residents of a foreign country are in good shape. Those who are using the 330 day test have a lot of work to do to get ready for the territorial tax system.

Remember that it takes time to qualify as a legal resident of a foreign country under the US tax law. Also, this exclusion requires you to be a resident for a full calendar year (January 1 to December 31).

It doesn’t matter where you establish residency for US tax purposes… you just need to be a legal resident of some country to qualify. Of course, if you want to maximize the benefits of the FEIE, you should get residency in a tax free country. For a list, see: Which Countries Tax Worldwide Income?

Most EU residency programs, such as Portugal, require an investment of 500,000 to 1 million Euros. The lowest cost and most popular residency visa for 2018 is Panama. American citizens can gain legal residency and tax free status with an investment of only $20,000.

No matter where you apply for residency, I suggest you complete the process as quickly as possible to be ready for President Trump’s new tax system. No matter when or if his plan becomes law, the FEIE amounts for 2018 have been published and you should be working towards the residency test to maximize the value of this exclusion.

I hope you’ve found this article on how to qualify for the Foreign Earned Income Exclusion in 2018 and beyond to be helpful. For more on setting up offshore, residency in countries like Portugal and Panama, or for assistance with your your expat tax returns, please contact me at info@premieroffshore.com or call us at (619) 550-2743. All consultations are free and confidential.

Practicalities of Moving to Bali – Part 3