Living and Working in Fiji 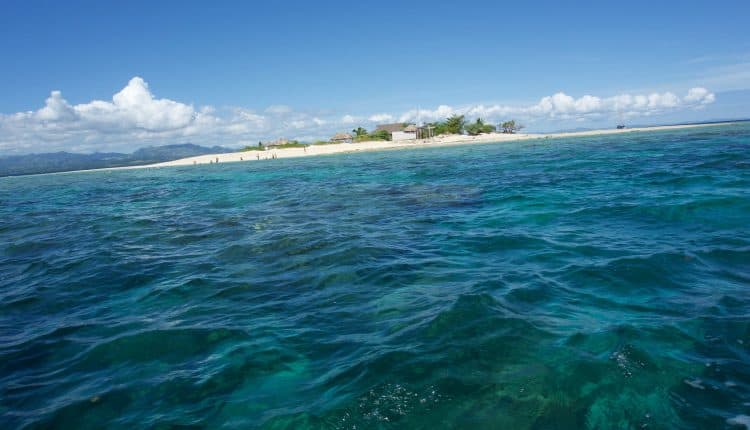 Bula! (hello).  Living in Fiji can be just about what you make it.  It can be cheap or expensive depending on the lifestyle you chose to follow.  If you want the city life but on a smaller scale, then Suva, the capital, is for you.

When I was researching an island to move to, Fiji kept popping up in the top five for the cost of living, quality of life and friendliness of the people. But living in L.A. at the time, I knew I wanted a slower pace.  To be on island time.

Suva is good though as a change from big city life to island size city life and from there you can find smaller quieter places, not on the tourists’ tracks.

The capital offers night clubs, apartments and houses from $250 to “luxury” flats and homes ranging around $3500.

Sometimes, if you let the owner know you plan to live at the residence for a long time, you can work a deal. Other then that, they see your face and automatically think you have money.

There are a couple of big supermarkets that feature imported foods and products.  The price is high. Almost $4 for a head of lettuce or cabbage from New Zealand or Australia.

You also have the traffic, noise and crowds in Suva.  On the positive side, there are the government offices and the American Embassy and you get to mingle with mostly professional expats at the happy hour bars.  Just stand on Victoria Parade, the main thoroughfare, and you’re bound to see if not a familiar face, a foreign one.

4 SIGNS YOU’RE READY TO BE AN EXPAT

On the other side of Viti Levu, the main island and biggest of the group, is Nadi (Nan di), the jet city, called this, I imagine because it’s where the airport is. There are night clubs, a good supermarket and a small community of expats. Suva on a smaller scale.  Lautoka, the sugar town, is north of Nadi and called the sugar town because of the large amount of sugar cane farms and the ever-present sugar train shugging through.

It’s also a seaport town and some cruises leave from here.

Lautoka is quieter and slower than Nadi.  A quaint place where you can find lace mosquito nets and unique pots and early century kitchen do-dads that can only be found here in second-hand shops. Rents are cheaper. Not many expats.

Coming back down southeast of Nadi but still on the west side of the island is Sigatoka (Sing ga toka), a small one road town.  It was a one bridge town before hurricane Sina (1992) destroyed half of it. It was one lane with a stop light on each end.  Traffic going to Nadi had to wait until traffic going to Suva cleared.  The government was building a four-lane bridge when I left.

Sigato is the last city before going into the interior or “salad bowl” as it’s called.  Thats where the majority of the vegetables on the island are grown.

The Sigatoka market is great though Saturday is best.  You can buy three heads of cabbage or lettuce for fifty cents.  A bunch of bananas for fifty cents, bunch of string beans for the same price.

There’s also a supermarket where you can buy a head of lettuce from New Zealand for almost $5.  But why?

Basically, there’s nothing to do in Sigatoka but in Korotogo (koro tongo, named after the village) there’s a couple of ma and pa Indian run stores, friendly locals and a few expats.  Let it be known that I spent five years in Fiji and never ventured further than Korotogo.  I went on a few tours but I haven’t seen any more of Fiji.  Plan to though, on my next trip.  The Reef Hotel is located here on the coral coast as the area is called.  It has a nice restaurant and a great bar for afternoon drinks or night dancing. Coral covers the beach but there are plenty of spots to sunbathe and the ocean, protected by the reef, is clear and great for swimming.  Or just sit on the beach and watch the sunset.

Fijians are mostly Methodist and don’t go to the beach on Sundays.

You may find a few Indian families and some tourists. Mainly, you will have it to yourself.

For $300 a month, you can get a three bedroom unfurnished flat with a large fenced yard.  These new flats are about seven years old.  They have hot water and lots of flowers and fruits trees in the yards.  These are in Korotogo on the backroad. If you plan a long stay, try bargaining the price down.

Fiji living can be a very laid back mostly hassle-free stay but as with all paradises, nothing is perfect.

You’ll want to associate with the locals.  Good.  But just like home, pick your friends wisely.  Don’t let just anyone into your house.  Things can go missing.  If offered a free carving (gift) by Fijians on the street, say not thanks.

They say it’s free then ask your name, carve it on the piece, then they want to charge you $75 or more.  It’s illegal.  If you refuse, they act threatening.  Remember in Fiji, like home, nothing is free.

Getting a job in Fiji is almost impossible.  I lucked up and got a teaching job.  I taught high school English in the interior.  This was after I had my degree sent down.  They want to see the original.  They did provide me with a free two bedroom barely furnished house.  We had a generator that came on for a few hours at night.  No hot water, outdoor non-flush toilet (a big hole with commode over it).  I did manage to save some money and really got a chance to mingle with the locals and see the Fiji tourists don’t see.

At present, there is more of a need for accounting, science and math teachers.

To start a business, you need a Fijian as your partner and permission from Immigration.  You may also be asked to deposit $1800 as a bond.  (If all fails, they want you to have airfare out).  Their approval could take from a few weeks to years.

If you just want to work there, you have to have some skill that a local doesn’t and you are to train them to take over your job in three years. This can be extended.  You can always try though but have enough money to carry you through all the hassles and paperwork and explaining.  If you’re creative, perhaps you can come up with some unique job ideas of your own.

All in all, Fiji is a great place.  Reminds me of America 30 or 40 years ago.  But its changing as is everywhere.  Still, Fiji is the way the world should be.

Excerpted from “Living and Working in Fiji” in Escape From America Magazine, Issue 6.