Investing In Costa Rica As An Expat - Escape Artist 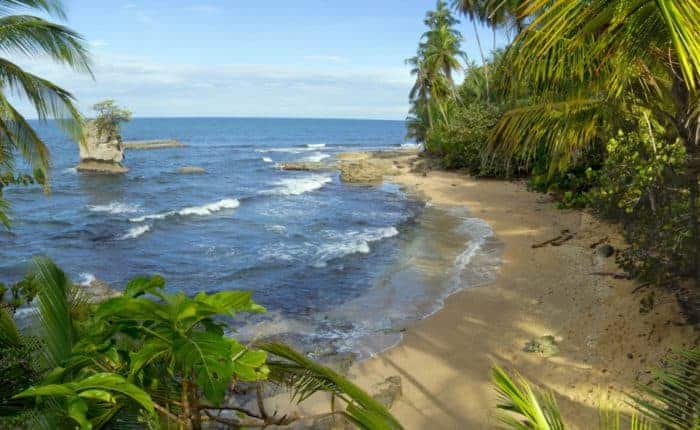 Often referred to as “The Switzerland of Central America”, Costa Rica from an investment and business standpoint is rapidly becoming newly known as the “Silicon Valley of Latin America”. Investing in Costa Rica is becoming increasingly appealing due in part to its foreign-investment friendly government policies, and social and economic climates. With many global companies deeply impacted in 2009 by the financial crisis, Costa Rica became an attractive option for moving elements of business units and operations for cost-cutting, offshore purposes to this fertile ground of skilled workers and a highly educated population. Companies such as Microsoft, Hewlett Packard, Western Union, Intel, GE and more are continuing to make sizeable investments in this country. The question is, should you?

In the past 4 decades, Costa Rica has quietly become one of the hottest destinations for both tourists and retirees for its beauty and relative security. What many are starting to take note of, however, is how rich in talent the workforce is here and the value of a culture that long ago abolished its army and focused the countries social efforts on health and education. The result of these efforts spanning an entire generation of Costa Ricans is a 90% literacy rate and a young population of tech savvy employees with university educations. In addition, the ubiquity of English in the culture as well as being taught in both public and private institutions has meant that staffing a company becomes somewhat easy as the communication learning curve is not particularly steep. The government along with banking institutions, both private and public, has had a pro-U.S.A. approach that makes lending and taxation friendly to foreign investments and exchanges. This coupled with low-cost labor, a workforce free of union influence, and a young, physically and psychologically healthy population makes the foundations for investing in business ventures here quite sound.

Many U.S. companies have taken notice and franchises from Home Depot to McDonald’s are spread about this middle income driven, consumerist nation. For a country who 50 years ago had an economy loosely based on coffee and banana exportation, Costa Rica has seen a paradigm shift in the products and services they export as their chief contributors to the GDP. Ecotourism is now the #4 largest component of the GNP, and microprocessors are the main export of Costa Rica.

In 2007, Costa Rica ratified the free trade agreement struck throughout Central America, brokered by the United States. Though CAFTA (Central American Free Trade Agreement) was certainly met with opposition in a split-opinion population, it eventually won the day and opened the market to a number of benefits only now in 2012 being truly felt. One such change is the opening of the telecommunications market, once held by the “Ma Bell” of Costa Rica, I.C.E., to private competitors offering better services, more choices, and driving down prices. This also means that the digital age is hitting Costa Rica and with 1 in 4 Costa Ricans on a cell phone, many with the latest smart phones, and internet penetration the highest per household in the region, this high-tech movement is creating infinite business opportunities. With CAFTA continuing to take its affects, Costa Rica enjoys similar markets widening in private insurance providers.

Free trade zones in Costa Rica offer no import duties on raw materials, capital goods, parts and components; unrestricted profit repatriation; tax exemption on profits for eight years and a 50 percent exemption for the following four years. These zones are a hotbed for foreign companies looking to set up operations and easily hang their shingle on the door. Organizations such as CINDE offer an incredible gateway to foreign investors looking for assistance in participating in various sectors such as; services, manufacturing, life sciences, clean technologies, and more. Free zones offer security beyond the government incentives. Often these office parks are nestled in beautiful, safe, and accessible areas of the Central Valley. They create a professional, well-maintained environment to do your business in comfort and style. Developers like Genesis have gorgeous free zone office parks hosting some of the largest multinational companies in the world, with top notch services and facilities to keep your company running 24/7.

The World Bank has given the “thumbs up” to Costa Rica’s political stability and “robust” democracy as one of the best in Latin America. With a conservative central bank, a real estate market that came out of the U.S. housing crisis practically unscathed, and a healthy economic growth rate, there are no shortages of pros to tick off when considering opening up shop here. Costa Rica is at a critical moment in its economic development. The government and population are very much aware of what needs to be done to become globally competitive, and most certainly appreciate that attracting more investment is the key to unlocking that future. This is a superb time to get on board and research how your investment dollars in Costa Rica can grow, and share the secret that many of the most profitable companies in the world are already know – Costa Rica is a safe bet and will be for years to come.

Escape Artist Costa Rica has many professional’s which can help you and your business here in Costa Rica. From legal advice to consulting services, knowing the right person who can help often can be the key difference between making sound decisions leap frogging your success or expending time and money in understanding the myriad of choices you have. If you would  like help, please let us know by contacting us here and we will be sure to respond as soon as we can with the help you need. We also have a section on Investing in Costa Rica on this site, make sure you visit there as well.

Medical and Dental Tourism in Ecuador