The Inca Festival You Won’t Want to Miss - Escape Artist 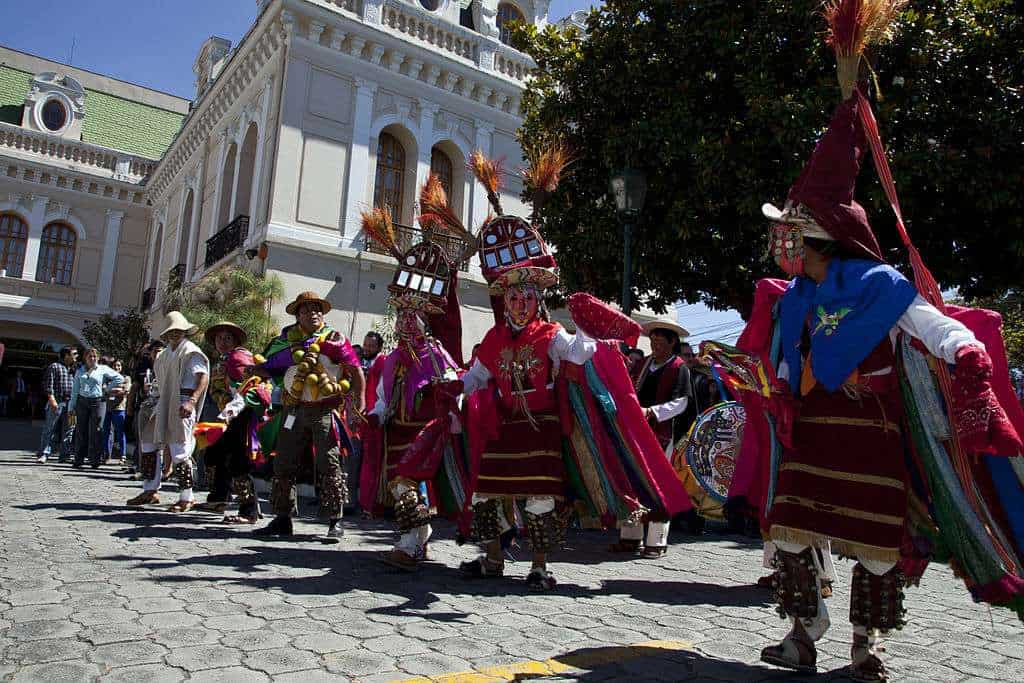 If you’re planning a trip to Peru this summer, you won’t want to miss this annual winter solstice festival, traditional to Incan culture. It’s called the Inti Raymi Festival and it takes place every June at Machu Picchu. It will be held this year at 10:00 a.m. on Sunday, June 24th, 2018.

Inti Raymi was a religious ceremony among the Incan people known also as the Sun Festival. It was held to honor Inti, the sun god, and to celebrate the winter solstice. In this part of the world, the winter months are June and July, and the winter solstice celebration is held during the shortest day of the year – this year, that will be June 24th. Inti Raymi was one of the most important celebrations in Cusco until it was banned by the Spanish and Catholic priests. The last festival was held in 1535, but in 1944, a historical reconstruction of Inti Raymi was begun by indigenous actors, and it has drawn a huge crowd ever since.

The festival is now held at Saksaywaman, citadel ruins on the outskirts of Cusco, only a little more than a mile from the original site, of the celebration. The festival involves music, colorful costumes complete with woven masks and the sharing of food. If you’re heading in that direction, be sure to make a full adventure out of it, by first visiting some of the other important areas leading up to the event!

Cusco is the oldest continuously inhabited city on the whole continent. Interwoven into the city are relics from its Incan past. Old stone walls built by the Incans line some of the streets in the center of town and old colonial structures have continued to stand after hundreds of years of weathering. You don’t even have to look far to explore Inca ruins and archaeological sites.

This city was the capital city for the Inca people, and has long been considered one of Peru’s most important cities, and the most important city in the south-east Andean region. Currently, Cusco is designated as the historical capital of Peru. Some of its most famous architectural structures are colonial cathedrals: first is the Cathedral, on the main square, and then there are La Compañía, La Merced, and San Francisco. Notable archaeological sites nearby include Sacsayhuaman, Qenqo, Tambomachay and Puca Pucara. The city offers whitewater rafting, horseback riding, and mountain biking – great ways to enjoy yourself while taking in the local scenery!

The Sacred Valley, also known as Urubamba Valley, is a valley in Cusco that runs 12 miles long. In colonial documents, it is referred to as the Valley of Yucay. This valley is the location of the famous Machu Picchu site, along with various others. The valley includes everything along the Urubamba River and is made up of agricultural terraces for food cultivation. The Sacred Valley was the most important area for corn production and for access to tropical areas where the cocoa leaf and chili peppers could be traded.

The Valley was crucial for the Incans in maintaining their way of life, so the terraced farmland and advanced irrigation systems they created there still impress over a million tourists each year. Numerous villages and archaeological ruins exist along the banks of the river and throughout the valley, making it a stop you won’t want to miss during your vacation.

Take some extra time to explore Machu Picchu itself. While the both Cusco and the Sacred Valley have a lot to offer, there’s a reach the Machu Picchu site is so famous. You can take a train to the site, which would involve lots of spectacular views of the river and changing landscapes. Once on the site you can visit Machu Picchu’s main square, its Sun Temple and Sun Clock, Royal Rooms and the Royal Inca Cemetery.

At 10 a.m. on June 24th, after exploring Cusco and its surrounding marvels, you’ll be ready to watch the historical re-enactment of the Inti Raymi, the Incan Festival of the Sun.

The celebrations will begin at the Temple of the Sun with the arrival of four representatives of the Incan Empire. They will begin by invoking praise to the sun god, Inti. Next, the entourage makes its way over to Cusco’s Plaza de Armas. That’s where the ceremonial reading of the cocoa leaf takes place. This will allow the Incas to see what the upcoming year will bring. The final part of the festival takes place at Saksaywaman, the citadel. This is the part where, in full costume, the Inca delivers final words and sacrifices a llama. From that point, there is music and dancing and the festival comes to an end.

This festival serves as a look into history, and that is priceless.