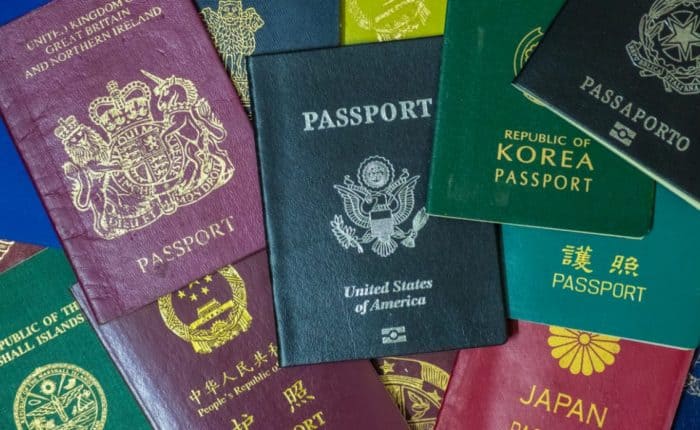 I should start by noting that there are three reasons you should have a second passport.

So, here are the best European second passport programs.

The European Union offers something that very few countries offer: a powerful economy that is dependent on countries that share the same coin but different federal rules. Meaning that some countries might offer certain tax deals that others don’t. So, if you’re looking to escape the US IRS, consider your choice of European second passport programs carefully.

It is also vital to mention the great logistical point in which the European Union sits. They have great ports where goods are traded, factories with world presence, skilled and ambitious laborers, those are just some of the many incentives that help the European Union be the thriving economy that it currently is.

Here are some of the best Citizenship by Investment and Second Passport Programs that Europe has to offer:

Bulgaria has one of the lowest personal and corporate tax rates in Europe at 10% and they have a 5% withholding dividend tax rate. In order to qualify for the Second Citizenship Program, you must prove that you have at least one million Euros in European Assets. The program does not cost one million Euros, but you must show that you have the capital.

Another way that you can obtain a second passport through investment is by investing in a Bulgarian government bond for a period of five years. To qualify for this program you must invest 1,000,000 BGN or $601,584 USD (depending on the exchange rate – as of October 6, 2020) in government bonds. The interest you generate for government bonds in Bulgaria is close to 2%.

Fyi… St. Lucia’s bond program was modelled after Bulgaria’s program at half the cost (for a lesser passport).

In order to qualify for the citizenship by Investment program in Malta, you must invest in the following three options: The social and national development fund, real estate properties, or financial instruments approved by the government (usually government bonds).

Real Estate Investment:  Applicants must also commit to maintaining a residence in Malta for a period of at least five years, either through the purchase of a property, which must exceed the minimum value of 350,000 euros or by leasing a property, whose minimum rent must be above 16,000 euros per year.

To become a digital resident in Estonia, the only requirement is to sign up through the website that the Estonian Government has enabled for it, e-resident.gov.ee. The application has a cost of 100 Euros. You are not reimbursed the money back if you are not accepted into the program, but as of this writing, this is extremely rare as only a small percentage of applicants have been denied residency.

Portugal has created the Golden Visa, a mechanism that grants a temporary residence permit without the need for a prior residence visa. When citizens of any country outside the European Union, personally or through a company make a substantial investment in real estate, artistic or scientific activity, urban rehabilitation, or create jobs in Portuguese territory for a minimum period of 5 years.

Portugal’s Golden Visa is by far the most popular program in the EU. This means it’s incredibly competitive and only the best applicants should apply. For more, see The Investment Benefits of the Golden Visa Portugal.

It seems this country just doesn’t get the attention it deserves. Most of the country speaks English and with the government investment program, Americans are flocking to Cyprus.

Cyprus has one of the easiest immigration systems to navigate to, so becoming a resident of the island and obtaining a second passport is fairly easy. Cyprus offers passports in exchange for an investment. Investing is not the only way to obtain a second passport, it’s just the easiest.

Here are the two possibilities:

I hope you’ve found this article on European Second Passport Programs to be helpful. For more information, or for assistance in investing in Europe and negotiating residency, citizenship, and a second passport, please contact us HERE. Thank you. We’ll be happy to assist you with a second passport from any country in Europe you desire or elsewhere.