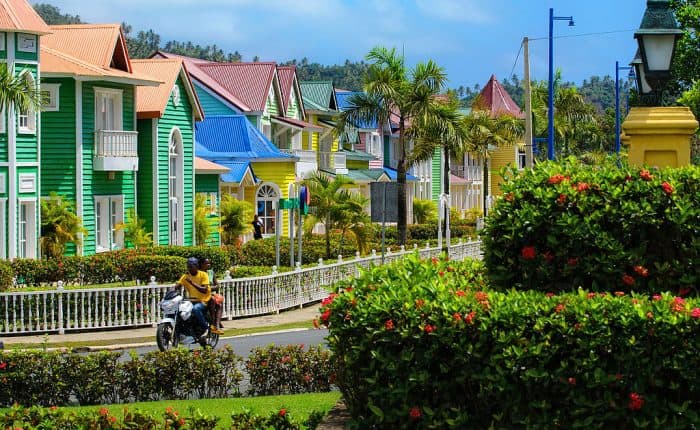 The Dominican Republic is the most visited country in the Caribbean. It has weather, natural and cultural attractions that bring tourists from all over. It has more than 69,000 hotel rooms and 26 golf courses, and it’s got beaches, cities, and mountains. In addition to all of these appealing offerings, it’s a major entrepreneurial and expat destination. The Dominican Republic has a lot to offer anyone who’s looking for a new adventure.

History of the Dominican Republic

The Dominican Republic borders Haiti to the east, and the two countries share the island of Hispaniola. Before Christopher Columbus arrived in 1492, this island was populated by the Taino Indians, who actually ran it using a complex government system.

When Christopher Columbus brought the Europeans over, they took over Hispaniola. He called it “the most beautiful land that human eyes have ever seen.” During the time that Columbus was on the island, his base was Santo Domingo, and it was from there that he and Europeans explored the rest of the island. These adventures led to Ponce de Leon’s discovery of Puerto Rico, Hernan Cortes’ conquest of Mexico, and Balboa’s sighting of the Pacific Ocean.

Hispaniola was invaded and pillaged by English pirates in 1586, which weakened Spanish hold over the island. For more than 50 years after this happened, all but the capital city of Santo Domingo was ruled by the pirates, with the Spanish holding only their base city. The French invaded the western part of Hispaniola in 1655, and after many treaties and annexations, much of the city of Santo Domingo was given up as well.

In 1822, the Haitians took over the whole island under Toussaint L’ouverture, and Spanish-speaking residents had to fight to try and regain all that they’d lost. The Spanish were finally victorious in 1844, after their independence was regained, and the Dominican Republic was created. The border of Haiti was established and the two countries became as they are now. Civil unrest followed as the newly established country tried to gain its bearings and create a working government. It took until 1966 for the Dominican Republic to settle into the political landscape it now enjoys. It is run by a democracy, with presidents elected by the people and a congress and three governing branches, much like that of the United States.

Thanks to strong European influences over the course of its history, the Dominican Republic still hosts many colonial-style buildings and catholic cathedrals. There are museums of royal houses and of pre-Columbian life on the island. You can even visit the Alcazar de Colon, once the residence of Don Diego Colon, the son of Christopher Columbus.

Art, music, and literature follow Western patterns predominantly but have a strong African component as well. African heritage is especially notable in folk culture and music. The blend between Spanish and African traditions is most easily identified in the country’s national song and dance called the merengue. Merengue music is present everywhere on the island, and every summer there’s a two-week-long merengue festival in Santo Domingo, where the world’s most popular merengue bands and dancers show up and participate. This lively mix of culture brings a unique charm to the Dominican Republic that is well-loved by many who visit.

For those looking to live abroad in the Dominican Republic, there are a few options available:

Cost of Living in the Dominican Republic

The Dominican Republic is the most visited country in the Caribbean. As such, living prices are a bit higher in the more popular cities. This is usually the case for most popular tourist destinations. However, the overall cost of living abroad there is still very affordable when compared to most Western countries – and the Dominican Republic real estate is still very reasonable:

The Dominican Republic has something for everyone. It offers the busy, urban city lifestyle, the laid back beach, shopping and restaurant lifestyle, or the cooler, milder cabin-in-the mountains lifestyle for the nature lovers out there. There’s even a beach option that most expats choose over the others, which is that of the small town and quiet scenery, away from the hustle and bustle of the tourists and resorts.

Average temperatures along the beach run at about 82 degrees in the hot season and 77 degrees in the cooler season. The cooler season hosts sunshine, and the hot season is rainy, with the rainiest month being September. Average highs in the mountains are usually around 61 degrees, and at the very tops of the peaks there might even be an occasional frost. Overall, you can generally expect long periods of sunshine and beautiful weather no matter which part of the country you choose to live abroad in.

I hope you enjoyed reading this article: Dominican Republic. If you have any questions, please contact our office HERE.

Residency Options in the Dominican Republic

What do I Want? Lifestyle or Investment Real Estate?