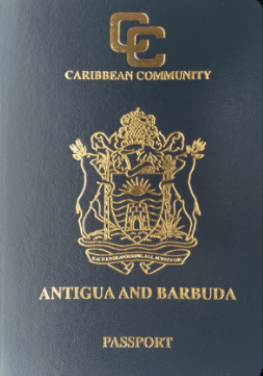 The announcement follows the Cabinet’s decision of September 6th, 2018. The new option termed the ‘University of the West Indies Fund’ option will be a mechanism for financing UWI’s fourth landed campus.

Under this unique option, which also opens doors to (free one-year) study in the future for one of the family members at the planned University of West Indies (UWI), Antigua and Barbuda shall maintain its position as the most cost-effective program for a family of four even after the expiration of its limited-time NDF (donation) option.

The government will begin receiving applications under this option with immediate effect.

Features of this option are:

The Government processing fees, under this option, shall be USD 25,000 for a family of four, with incremental payment of USD 15,000 for each additional dependent.

This unique option will not only entitle the investors to qualify for citizenship of this beautiful country, with a well-regarded passport, but will also make them contributors to a great cause – that is education. In addition, one of the family members will also be entitled to free tuition at the planned university.

Become citizens today by investing in leaders of tomorrow ©.

About the University of West Indies:

The University of the West Indies (UWI) is a dynamic international institution, serving primarily the countries of the Commonwealth Caribbean, and also boasts a number of international students from around the world — with the total number of graduates crossing 100,000.

The university was founded in 1948, on the recommendation of the Asquith Commission formed by the Vice Chancellors of the UK universities, through its sub-committee on the West Indies chaired by Sir James Irvine. The Asquith Commission had been established in 1943 to review the provision of higher education in the British colonies. Initially in a special relationship with the University of London, the then University College of the West Indies (UCWI) was seated at Mona, about five miles from Kingston, Jamaica, which was acquired at the historic Gibraltar World War II Camp at a cost of £12,000.

From Emmy Award to Nobel Prize winners, CEOs to entrepreneurs, academics to artists, leaders of nations to leaders across all sectors, UWI’s network of alumni is impacting the globe. The institution’s distinguished list of Honorary Graduands boasts the likes of Usain Bolt, Brian Lara, Rt. Rev Bishop Desmond Tutu, His Imperial Majesty Haile Selassie I, Her Majesty Queen Elizabeth The Queen Mother.

Contact us to learn more about this exciting new investment option — and open new horizons for yourself and your families.

The article is written by Dr. Hussain Farooq who is the President of HF Corporation, a citizenship and investment advisory firm.

HF Corporation on one side advises the high net worth individuals on acquisition of second citizenship and residence, by way of citizenship-by-investment; while on the other hand it runs a government-advisory practice that liaises with different governments to build up strategies for bolstering foreign direct investment, in their respective countries, through (re) structuring and promotion of such programs.

Want more information about investing abroad in Antigua and Barbuda? Contact us HERE

I hope you got value from this article: Antigua and Barbuda Citizenship ~ New University Fund Option

Here are a few additional articles that I know you’ll love reading:

Living the Language: How Learning French is More of an Experience than a Class…