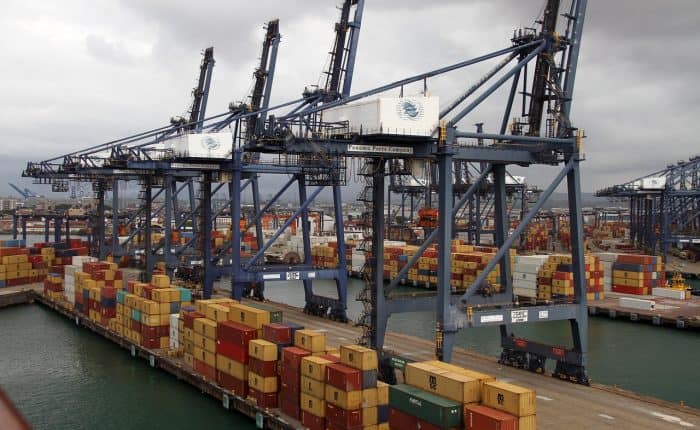 In this article, we break down the history of Panama’s Friendly Nations Visa and why it is such an important model for the rest of the world to follow. If you are interested in finding out more information about Panama’s Friendly Nations Visa you can reach out to us here and we will put you in touch with the service provider who did my family’s visa.

Panama is one of the easiest countries in the world to get a visa for. The reduction of bureaucratic red tape in the process of acquiring a visa is part of a larger national policy to increase the value of funds and investments coming into the country. As such, for anyone looking to set up an offshore company, acquire another passport or set-up financial accounts to take advantage of lower tax rates, the Panamanian financial system is probably one of the best places to shift your resources.

The Panama Friendly Nations Visa actually makes a very interesting case-study considering that it’s one of the few countries that take pride in the ease with which it allows people to participate in their economy without many restrictions. From the perspective of tax avoidance and in light of the flag theory, Panama is definitely a place that you ought to consider for your asset protection strategies. I personally really admire Panama because I wholeheartedly support the endeavours of the governments to help create a safer world for those who wish to avoid financial persecution at the hands of the state.

In many ways, the country is also a model of the ways in which open economies and greater financial agency can help sustain entire economic systems as well as preserve economic liberty.  I’ve already spoken in different places about the advantages of how the visa works and the advantages of working with it, but I feel that there needs to be more conversation on how Panama and its open borders came to exist. As an example that ought to be emulated by more states in the world. Understanding the history of Panama’s friendly nations visa is a step in the right direction.

Panama: A Country Looking to Improve Its Financial Standing

Before the Panama Friendly Nations Visa was introduced, the Panamanian economy faced major pressures from the growing Argentinean and Brazilian economies, which were coming to outpace many other world economies in their growth. As with most small nations trapped in the geographical shadows of large, rapidly growing nations, much of the economic momentum shifts to these centers. All the investors move to these growing nations looking for better labour, cheaper resources and higher production capacities that no other place can offer. So places like Panama are sidelined because they just can’t keep up.

Back in 2012, Panama had a major poverty problem, income disparity and a struggling services sector that couldn’t manage to keep up with these external pressures and were crowding out resources that were now being directed to Latin American giants. Back then the GDP was at $40.43 billion, poverty headcounts of about 23% of the total urban population, health expenditures at about $300 per capita and not much that would make you think that the country’s anything beyond average.

There was one thing that Panama had going for itself though. It controlled the Panama Canal, one of the biggest trade routes around the world, facilitating the transfer of $270 billion worth of cargo across the world. In an astute move on part of the government, they initiated a trade liberalization scheme and opened their borders to some of the most economically successful nations across the world. They did this through the Panama Friendly Nations Visa.

Without going into the details of the Visa itself, when given the opportunity to situate themselves at the center of most trade taking place across the world, every foreign investor jumped at the chance. As a result of which, billions of dollars flowed into the country as an investment that could jumpstart the economic growth in Panama to make it one of the fastest-growing economies in Latin America.

When given the opportunity to take free advantage of the economic potentials of any geographical region, investors will always push enough money into the economy to boost growth. In this process, there are economic consequences that never go badly for those involved. This is exactly why I say Panama presents a very interesting case study where it began leading Central and Latin America in growth figures that reversed the pressure on to Argentina and Brazil.

Currently, Panama stands as a leader in economic growth in Latin America within just a few short years of having opened its borders. Compared to previous years, it enjoys an admirable 5% economic growth rate per annum and has a well-established services sector that generates 65.23% of all the GDP in the economy.

It seems like liberalizing their trade policies and opening their borders was exactly what the economy needed to help bring it out.  Across developmental goals, Panama leads the world in poverty reduction, economic growth rates, health expenditures and climate control. As such, the Panamanian economy is an economic marvel for all the nations across the world to attempt to emulate.

What Does This Mean For Investors?

If you have the money to spare and you’re looking to make a solid investment, then Panama is an ideal economy to invest in. Considering how the state actually encourages foreign investment and offers low tax rates, facilitates expedited off-shoring and the centrality as a trade route; the country offers immense growth potential to all those who are willing to work there.

If you’re looking to develop income protection strategies without stagnating yourself to a stable income, then investments in Panamanian countries is still a valid option considering the growth in the economy. Being situated in the center of major trade routes across the world offers business opportunities that extend across the entire global economy including those in Asia, Europe and Africa.  The lessons that I derive from the economic policies implemented in Panama have instilled in me new faith in the value of financial libertarianism. It has made me feel that perhaps it’s not so bad for those who wish to live a freer and empowered life.

How To Get Involved

After studying the history of Panama’s friendly nations visa and how it works my family and I decided this year to move to Panama. The growth and opportunity we could see happening in this country have been incredible and we wanted to be involved in this emerging country and what it had to offer. The Friendly Nations Visa is the path we took to relocate here.

If you want help with the visa process to Panama then reach out to the same service provider I trusted to do my family’s visa by clicking here. Their work has been excellent and I have found them extremely quick in responding to all my questions.

Understanding the Role of International Banking in Belize’s Economy