5 of the Most Popular Expat Destinations in Italy - Escape Artist 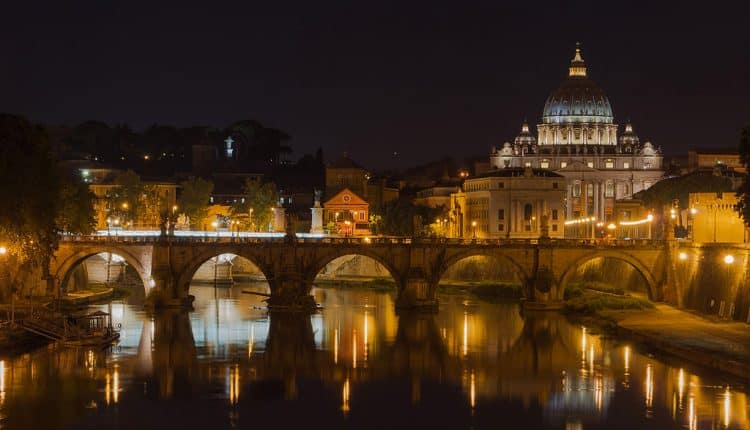 There are many hidden-gem countries to retire or relocate to, but Italy is not one of them. Everyone has heard of Italy, and over 50 million tourists visit the country each year. That doesn’t necessarily make for competitive living rates or an isolated life away from other expats, but if you are looking at the prospect of relocating there for the collection of famous artistic masterpieces, rich culture, historical architecture, and some of the world’s best wine and cuisine, those things won’t matter quite so much to you. If you want easy access to each of those features, but with a quiet lifestyle on the side, you can always choose to live a more affordable lifestyle in the country, too. These are some of the most popular expat destinations in Italy, and the reasons why they rank so highly.

As Italy’s capital city, Rome is the perfect, bustling city you’d want to head for when you’re looking for good economic opportunities. There is a large British expat population located in Rome, which means you can find plenty of people there who speak English, which can help make your transition a bit easier if you don’t know Italian. Among Rome’s offerings, you’ll also find beautiful historic surroundings, Roman ruins, Renaissance buildings, both modern and historic apartments and a mild climate. On the downside, the cost of living is a bit high for most expats’ taste, but it’s not a bad tradeoff when you consider the quality of life and all there is to see and do. That’s not to mention the great hospitals and healthcare all available within arm’s reach.

Another economic powerhouse, Milan serves as Italy’s financial capital. Expats who want to continue on with careers in this industry tend to flock to Milan. Property prices can be high in this city, too, but good employment and business opportunities make it worth the while. Milan is also home to large universities, and so has a large student population as well. Anyone looking to further their education, or bring dependents who are hoping to do so, would be well advised to head to Milan. It is common for expats from the UK, the United States and Canada to head to the lakes nearby to settle into. Those would be Lake Garda and Lake Como. It’s not unheard of for expats to live in these suburban areas and commute to Milan when the mood strikes.

One of the favorite, and most famous, expat destinations in Italy is, of course, Tuscany. You’ve probably at least heard about the move, “Under the Tuscan Sun,” where an American woman decides to head there for a romantic new life. It is located in the central region of Italy, and it’s known for its unmatched beauty and old-world charm. Florence is in the Tuscan region as well, and is also known for the same beauty. The city of Florence is even a UNESCO World Heritage site. With Tuscany and Florence so near each other, and both offering quiet and charming lifestyles, it’s no wonder that up to seven percent of the Tuscan population is thought to be made up of expats, particularly from the United States and the UK. It shouldn’t be too difficult to find like-minded people in your community.

For home-buying, Umbria is becoming popular as a more affordable option to the most popular cities. Umbria features all of the same historical and scenic beauty, but for a more affordable price than many of the more popular locations. Many British expats are recognizing this and moving into Umbria for home purchasing. You can find good deals there on rural properties that need renovations. The most popular types of homes are Casali, large farmhouses, and rustici, smaller homes that need restoration. Some of the surrounding areas, to include Gubbio and Orvieto, Assisi and Perugia, are becoming bigger tourist destinations, which should help to drive up property values of your new home.

Sardinia is the country’s second largest island, and as such is one of the more sought-after expat destinations in Italy. It’s known for having gorgeous beaches and clean water, with stunning scenic coastlines. This part of the country sees the most sunshine and the least amount of rain. Sardinia offers a slower, quieter lifestyle for those who want to get away from the hustle and bustle of the big city.

Other Expat Destinations in Italy

Of course, with all that Italy has to offer, there are more than five popular expat destinations. These are only five of the most popular. Don’t skip out on seeing places like Sicily, Naples and Pisa when visiting and making your decision. You never know what might appeal to you most!

If you are interested in a 2nd passport, here is another article by Mikkel Thorup you will enjoy.  As mentioned above, you should take language classes and I would suggest using ICanTeachYouALanguage. They are really excellent!

I hope you’ve found this article on 5 of the Most Popular Expat Destinations in Italy to be helpful. For more information, or for assistance with any second passport program, please contact

If you’d like to learn a little more about France, please read: What You Show Know Before Moving to France

Top Strategies For Getting Residency In Italy

In Their Own Words: Expats Living in Bali – Part 2

What Taxes Do Americans Pay in Mexico