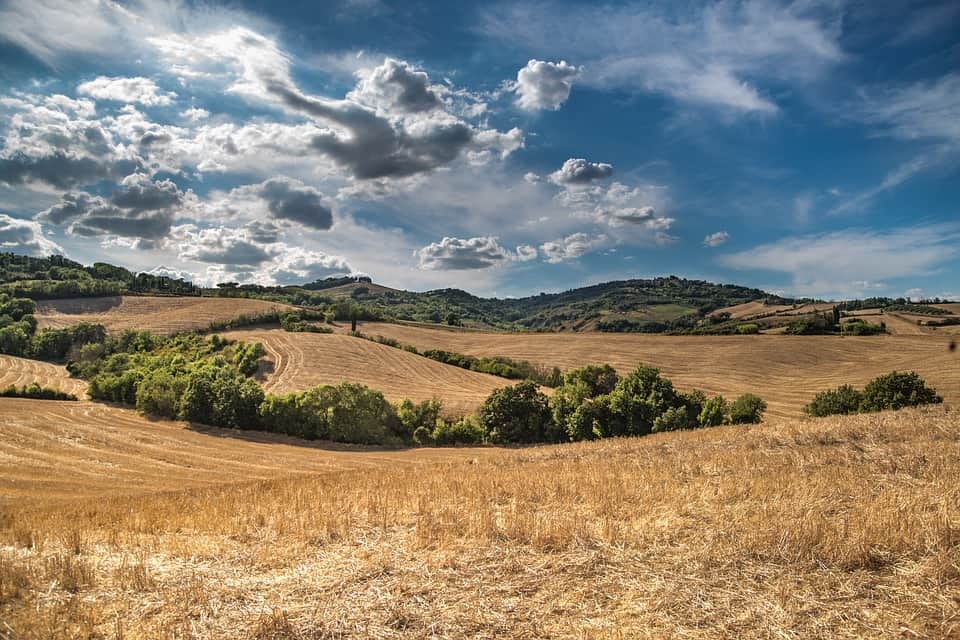 Italy is an old country with a lot of historical significance and art history. Politics and geography divided the country for centuries until unification in 1861. After unifying, the country developed a unique culture, influenced by regional customs.

Italy has always been a center for the arts, notably during the Middle Ages and Renaissance, when the country attracted some of the best architects, artists, and scholars. They left a legacy of monuments, paintings, and literature. Today, Italy remains center for art as a fashion destination with brands such as Gucci and Versace as leading name brands across the globe.

Italy is also very well known for the local cuisine. Stemming from the 4th century, the food has developed from ancient Greek and Roman roots, as well as Etruscan, Byzantine, and Jewish. The diet is very Mediterranean, rich with pasta, fish, and vegetables.

Italians are happy people who enjoy spending time with their family, frequently around the dinner table where they enjoy wonderful food, wine, and conversation. A lot of conversation! Italians are passionate about talking and it is almost an art form.

The piazza is the main meeting point for any city, large or small. Here is where you will find gatherings, festivals, and people interacting.

For all of these reasons and more, Italy can be your new home abroad, or just your next vacation spot. Some are even seeing the tourism, food, and real estate demand as a reason to invest overseas in Italy. Italy has something to offer everyone.

If the people and culture don’t attract you, maybe the beauty of the country will. Italy has so many regions that offer so many geographical perks. The country is home to the mountains (Apennine Mountains and the Alps), islands like Sicily and Sardinia, access to the sea, and so much more. Here are just some of what can be found in Italy:

Like the culture, Italy’s climate is very diverse, thanks to peninsulas, mountains, and more. In the central regions, the climate ranges from subtropics to oceanic. The climate in the Po valley is the most continental of the country, experiencing harsh winters and hot, humid summers.

On the coast, like in Liguria and Tuscany, you will find a Mediterranean climate. The winters are mild and the summers are warm and dry, though the lowlands can be quite hot in the summer.

During the winter, the average temperature is around 32 degrees on the Alps, which is very different than the 54 degrees found in Sicily. Summer highs range from 68 to 77 degrees. This ideal weather would make anyone want to retire overseas in some region of Italy. There’s a perfect fit for everyone.

Italy can be expensive. The northern cities of Italy, such as Rome and Milan, are wealthier and have a higher standard of living. Retirees who are looking to save some money should look in the countryside or the south. These areas are much cheaper. You can always visit the bigger cities any time.

It is said that you can live comfortably with $200,000 in savings and a steady source of income such as social security or a pension. This will afford you a nice home or apartment, fine dining, designer clothes, and vacations.

If you aren’t retired, and need to work overseas in Italy, you may have a difficult time acquiring a work permit, but it’s not impossible. The best advice I can give you on that is to begin the process as soon as you can. The earlier you do your research and plan ahead, the better shape you will be in when you decide to move.

The best way to travel through Italy is by train. It is reasonably priced and you can sit back and enjoy the scenery. Also, when you travel by train you can also go to other countries, like Switzerland, Germany & France, all starting in Italy.

Italy’s healthcare system is of high quality and is ranked one of the highest in the world. Legal residents of the country, including those from the United States and Canada, can apply for the national health plan. Finding medical care in rural areas, especially in the south, can be difficult, so many expats carry private insurance – like many Italian locals.

For those who are looking to spend a lot of time, or even live overseas in Italy, you should be aware of the visa laws that are present. If you are a citizen of an EU country, you do not need to worry about the visas. If you are an American or Canadian citizen, the following visas may help you out.

First, you should note that anyone who is visiting for three months or less is considered a tourist. For some citizens of countries outside of the EU, you don’t need a visa for the first 90 days. After 90 days, you are considered a resident and you must file for one of these visas before entering the country.

What You Need To Know To Move To Italy

Mikkel Thorup Nov 9, 2019
After France, Italy is probably one of the most culturally vibrant countries in the western world. In fact, the…

American Expat in Italy: What to Expect

Visiting Venice? How to Get to Venice from Marco Polo…

EA Editors Mar 29, 2019
Residency Options Around the World Belize Getting Residency in Belize In this post, I’ll be focused on…