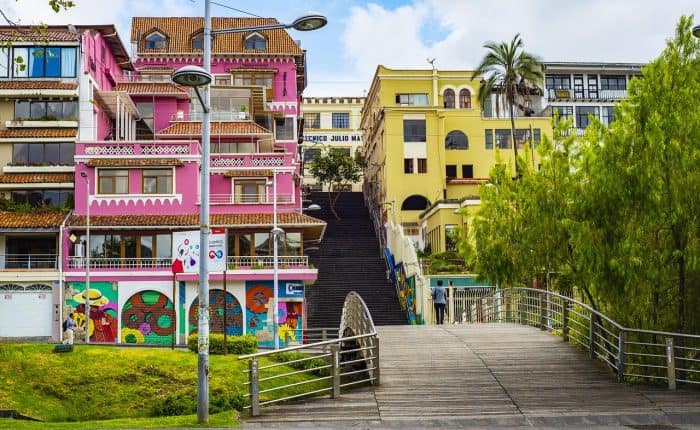 Ecuador has just received a $100 million World Bank loan for the City of Manta, in order to implement a major regional infrastructure upgrade. This once again proves the pundits wrong – many who declared Ecuador’s premature death in the global financial arena after the country infamously defaulted on its bond debt in 2008.  Apparently a string of recent credit rating upgrades, by the major credit rating houses, coupled with the strong economic advances made in Ecuador, under the President Correa Administration, have demonstrated once more that  the country is a credit worthy nation, under World Bank criteria.

The significant $100 million loan is earmarked for the stated purpose of improving the water, sewer and transportation infrastructure network in the fast growing port City of Manta.  While not specifically mentioned in the earmarked funds, I am hopeful that some of that money will also help upgrade Manta’s electric power grid, which still seems susceptible to routine failures, during peak usage times during the year.

The official statement from Manta Mayor Jaime Estrada Bonilla suggests that the funds will help enhance access to potable water. It will also create better traffic flow within the city, long known for a serious traffic congestion problem, especially during rush hour along the Malecón (Boardwalk). Additionally it is intended to create a better feeder road network, allowing traffic to more readily enter and exit the city.  The latter is largely due to the construction explosion that has occurred over the last 3 years, in the area just south of Manta city proper.

The Mayor thanked the World Bank for the generous financial assistance, stating that it would go a long way towards improving the quality of life for the citizens of Manta.  He stated that the World Bank showed great respect for “human rights” within Ecuador, again notable with this timely loan.

As presented, the earmarked funds would improve potable water and sewer access capacity by 90% over existing levels, which will allow the city to keep pace with current and future planned development.  The total project cost is estimated at $115.6 million, of which the city of Manta is contributing the balance of $15.6 million.  The loan has a pay off period of 25 years, with an initial 5-year grace period.