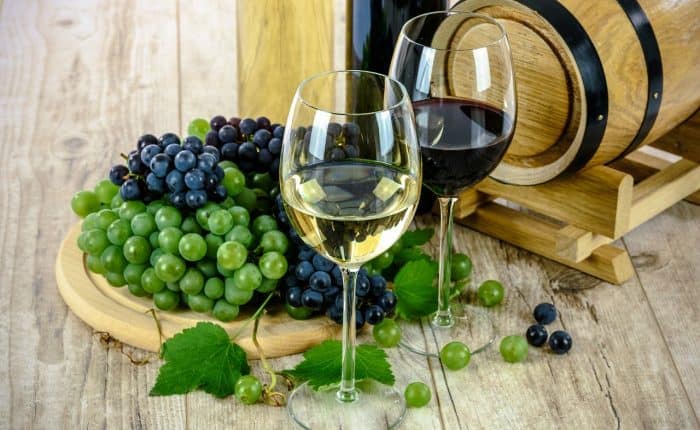 Natural wine bars are all the rage in Paris and have been for the past several years. While there have always been French wine bars, this current craze, featuring natural wines, may have started with the opening of Racines by Pierre Jancou in the Passage des Panoramas in 2007, or Le Verre Volé in the Canal St. Martin area in the year 2000. Both specialize in vins naturels, or natural wines, which can be organic, natural (made with few additives) or biodynamic. These places introduced this “new” old way of making wine, and by 2005 it had become a full-on rage. Now you’ll see wine bars, natural or otherwise, popping up on every corner. One could take a trip to Paris and go to a different wine bar every night, but there are several traits that most of them have in common, like a plethora of interesting natural wines and some tasty appetizers to go with your glass, such as a charcuterie plate or a homemade terrine. Many wine bars also sell wines by the bottle. Decor and personality wise, they tend to be more bohemian funky than classic French, thus making them trendy and “downtown,” and friendly to the see-and-be-seen crowd.

Natural wine, biodynamic wine and organic wine are different, and we could spend days writing about the differences, but basically a biodynamic method uses the 1920s theories of Rudolf Steiner, who, funny enough, never grew grapes and wasn’t much of a gardener, but he suggested guidelines for planting, such as following the phases of the moon, being cognizant of the energy of nature, putting cow horns in the earth and a bunch of other seemingly strange things. Winemakers had been using this technique for years without notice, until finally the wine world started tasting some of these biodynamic wines, some of which tasted quite good.

While some organic wines are great, in my opinion, most are not. Makers of organic wines focus on growing the grapes in an organic way, and many do not add any stabilizers to their wines. In a separate and less defined category, growers of natural wine are primarily trying to do as little as possible when they actually make the wine after the growing process; for example, they don’t add any chemical yeasts during the fermentation process. I’m no expert, but it has been great fun learning about these various types of wine and tasting a lot of different natural wines. Some are truly horrible, and some are really unique and wonderful. But these various techniques and the consensus that we shouldn’t be adding a lot of unnatural chemicals to our food and wine are what’s driving this new movement of natural wine bars.

To taste a natural or biodynamic wine is an interesting experience. The best I’ve had was at Saturne, whose wine is curated by the former sommelier at Racines. The chef Sven Chartier serves a prix fixe, or no-choice multicourse, menu, which means you get whatever he feels like making that evening. I recall having a mushroom dish there shortly after they opened that was so fresh and so gorgeous and so woodsy, I felt as if I was in the forest. As for the wine, he didn’t ask us what we wanted—he just gave us what he thought we should have. Perhaps it was partly because I was dining with my food writer Barbra Austin, but I enjoyed being “manhandled” also because the wine was divine. Completely different from any other normal French red wine, this natural wine tasted grapier, fresher and more alive.

While Pierre Jancou put this concept on the map with Racines, he has since sold it and opened another place, called Vivant, which is getting great press. Here is a list of other notable wine bars in Paris:

At Les Papilles in the 5th Arrondissement, you can pick out a bottle right from the shelf and enjoy a three-course prix fixe meal.

The well-known restaurant Spring has Spring Boutique in the 1st, offering gourmet food and wine and a wine club.

Le Comptoir du Relais has the tiny L’Avant Comptoir in the 6th for French tapas before dinner.

Jadis in the 15th has the wine bar Aux Verres de Contact in the 5th.

Frenchie, the impossible-to-get-into hot spot, runs Frenchie Bar à Vins in the 2nd, which some prefer to the actual restaurant.

Le Garde Robe in the 1st remains a perennial favorite, and it’s across from Spring Boutique, so you can go to both in one night.

Verjus in the 1st has recently opened near the Palais Royal and has a small wine bar on the ground floor and a restaurant above.

Jeu de Quilles has an ever-changing menu in its tiny resto and wine bar in the 14th.

Au Passage in the 11th, with talent from Spring and Le Verre Volé, has small plates and is open until 2 a.m.

Le Baron Rouge in the 12th serves fresh oysters on Sundays, driven straight to the wine bar from the Arcachon area.

La Crémerie has been in the 6th for years and was originally opened by none other than Pierre Jancou. It remains basically a wine store that serves the occasional dish of charcuterie, but a more charming place cannot be found.

The list runs the gamut, but to be clear, a trip to Paris without going to a wine bar or two would be a mistake indeed.

Getting Residency In Argentina