Why You Should Move to Mexico in 2020 - Escape Artist 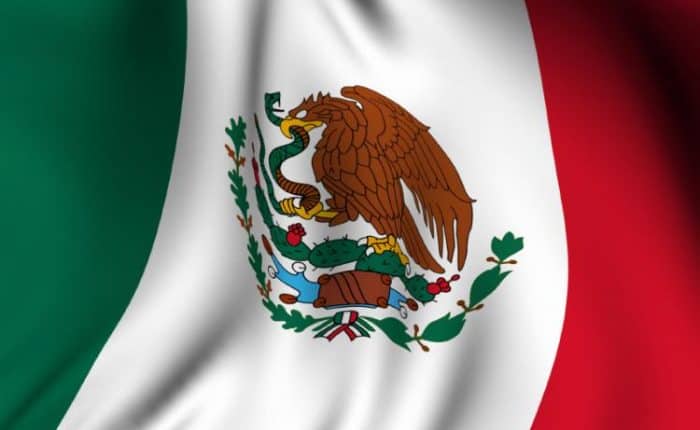 Mexico is already the most popular country for American and Canadian expats. Estimates put the number of expats in Mexico at well over 1 million and increasing every year. Since Trump took office, the peso has been crushed and Mexico is now very cheap for us gringos. Here’s why you should move to Mexico in 2020.

I expect the number of applications from the U.S. and Canada for residency in Mexico to significantly increase in the next two or three years… during the Trump years. Not because of the hype and hyperbole around those who want to get out of the U.S., but rather value seekers moving to a low-cost country.

When I began exploring Mexico in 2000, one U.S. dollar was around ten pesos. It sat there until 2008 when it went to around 12 pesos to the dollar. As of this writing, a dollar is worth 22 pesos. This makes life very cheap in Mexico for U.S. expats and gives you a quality of life you could never afford in the States. The threat of Trump has crushed the peso. Mexico’s loss is your gain and why you should move to Mexico in 2020.

Lower costs and a higher quality of life for those moving to Mexico are especially attractive in the middle and southern regions of the country. Focus on cities Leon, Guanajuato, Mexico City, and Guadalajara. The further north you go, the more goods are imported from the United States, pushing up prices.

A strong dollar has the opposite effect on countries that use the dollar or peg their currency to the USD. While costs are falling throughout Latin America for Americans (and Canadians to a lesser extent) expats, residents of Panama, Ecuador and El Salvador are paying in U.S. dollars and see no benefit. Likewise, much of the Caribbean is pegged to the dollar and having a tough time.

Note that I’m not necessarily advocating you move to Mexico for the long term, or buy a home there. If you pay cash, real estate in Mexico is cheap. If you need a mortgage to afford property in Mexico, don’t do it. The weak peso is pushing up interest rates and might cause real problems in the next year or two.

I’m focused on the short term benefits of moving to Mexico during the Trump years.

Let’s look at the business reasons for moving to Mexico in 2020. Then I’ll talk about the quality of life benefits.

But there are legal ways to manage your worldwide tax exposure. For example, operating through an offshore corporation in Panama while living in Mexico, running an online business with no employees in Mexico, or being a perpetual traveler (good for Americans, not so much for Canadians).

Pro Tip for Americans: You always need to have legal residency somewhere, be it in Mexico where you spend your time or Panama where you have your corporation and banking. The foreign residency will help you qualify for the Foreign Earned Income Exclusion. If not in Mexico, then consider Panama residency through investment.

All of this means that you can move to Mexico, increase your quality of life, and lower your costs by 50% to 70% compared to the United States. I don’t know how long this currency arbitrage will last, but I do know that moving to Mexico for the next few years is a great opportunity for those earning in dollars.

Of course, moving to Mexico is not all about saving money. Finding great value and improving your quality of life in the process are both important. Here are the other reasons to move to Mexico in 2020.

Mexico is close to the United States, allowing you easy access for meetings and family visits. I live in San Diego, which is a 30 drive from the border and 1 hour from Rosarito. I can fly to most major cities in Mexico in a few hours. If you live on the East Coast of the U.S., Mexico City and Guadalajara are even closer.

And there are some good business opportunities and resources for expats in Mexico. For example, a number of outsourcing firms have set up in Tijuana and other border towns. They call this nearshoring (rather than offshoring) because of the efficiencies realized when dealing with someone nearby. Executives often schedule meetings in the United States and can be in California in about an hour considering the border wait time.

Now for a little on the quality of life benefits of moving to Mexico in 2020.

Being from southern California, I know beautiful beaches. I can tell you from experience that the northern baja areas of Mexico, from Rosarito down, are beautiful. Parts of Rosarito remind me of La Jolla (an amazing city in San Diego), but at a fraction of the price. A small home in La Jolla will cost well over $2 million, where the same in Rosarito might be for rent at $1,500 a month. You can find beachfront or beach adjacent for as little as $500 a month.

And Mexico has some great historic cities. My favorite is the state of Guanajuato, which is a 5-hour drive north of Mexico City, so mas or menos in the center of the country. I suggest you start exploring this region in the capital of Leon, which has 1.5 million residents and great weather. Leon was founded in 1530 and has architecture dating back to the 13th century.

If Leon is to hip and modern, drive an hour to the towns of Guanajuato and San Miguel de Allende. Both are oozing with history and paved in cobblestone. Because there’s no airport, they haven’t had the rush of tourists like Leon and remain true ex-pat paradises.

I’ll close by mentioning that healthcare is quite good in medium to large cities in Mexico. If you’re a retired expat looking to cut healthcare costs, look to southern cities in Mexico where private hospitals are cheap and often staff U.S. trained doctors.

Which is another reason I suggest the Guanajuato region of Mexico. You can live in a historic town such as San Miguel de Allende and be about one hour from good medical care in Leon.

The best two private hospitals in Leon are Hospital Angeles (my personal choice) and the Hospital Aranda de La Parra. Both have a full staff with the with good doctors and modern equipment.

I hope you’ve found this article on why you should move to Mexico in 2020 to be helpful. For more on how to structure an international business or create an asset protection trust in preparation for the move, please contact me us HERE. We will be happy to help you plan your adventure.

And for more information on living, working, investing, retiring, and moving to Mexico please contact us HERE

If you want help with Mexico Residency – please click here for a great article.

Here are a few great articles about Mexico I know you’ll love:

Drugs, Cartels, and Crime: How Mexico is Misrepresented and Stereotyped—and Why So Many Americans are Going There Anyway