Why Expats are Retiring in Singapore - Escape Artist 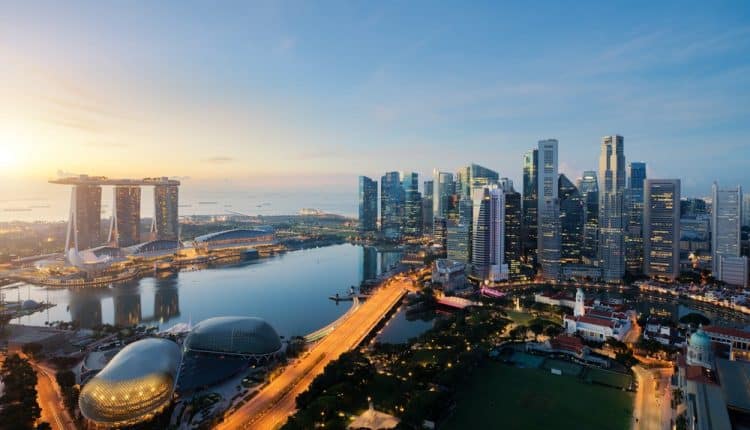 The city-state of Singapore has long been Asia’s most modern city. It is an economic superpower in the southeast and as such, features a cosmopolitan culture, where you’ll find a mix of people from all over the world. Roughly one quarter of its population is made up of expats or foreign workers, and it’s a technology hub. Take those Western traits and combine them with the calm of the tropics and you’ve got a very rounded place to call home. Most everyone lives in new, upscale apartments, and yet somehow the developed areas with the skyrise buildings don’t interfere with the tropical paradise feel of the island. These are only a few of the reasons why people are retiring in Singapore. However, it’s not such an easy process as you may hope.

Unfortunately, Singapore does not offer a retirement visa option. Foreigners can retire in Singapore, but they have to go a different route. If Singapore is your planned retirement destination, start early with finding work there. It is a business hub, after all, and for anyone working in healthcare, it could be a little easier to find work since Singapore is currently focused on building its reputation in that industry. Other strong industries in the city-state include finance and international business.

You’ll need to either get a work visa, a visa for entrepreneurship, or make a large investment to gain long-term access to the country. The Employment Pass is for higher level professionals, requiring a monthly salary of at least $3,600. The EntrePass is the one intended for entrepreneurs with a firm business plan, and then finally the Personalized Employment Pass is for those who are particularly high-earners, bringing in at least $18,000 per month. You’ll have to put a few years into the workforce in order to make retiring in Singapore a reality.

Singapore isn’t known for having a low cost of living, so retirement there would be for those who can manage to pay a thousand dollars or more in rent per month. One-bedroom apartments can range from $1,600 to $2,600 in monthly rent, depending on how for within or outside of the city you choose to live. Three-bedrooms run between $2,800 and $4,500. Monthly utilities average out at about $140/month, and a meal at a mid-level restaurant will cost about $40. With Singapore being the high-earning place that it is, these prices don’t come as much of a shock. The average monthly salary after tax is nearly $4,000, so it’s all relative.

Best Communities for Retiring in Singapore

At this point, you’re probably asking: with the difficulty of the visa process and the high cost of living, why would anyone be retiring in Singapore? What is all the fuss about, when there are so many more affordable options out there?

It comes down to the lifestyle that Singapore has to offer. It is often considered the perfect bridge to span the gap between the East and the West as far as differences in culture. It is also home to the second most popular airport in the world, meaning you have convenient access to flights going pretty much anywhere. People speak a variety of languages there, including English, and the U.S. Dollar is an accepted currency, along with Australian Dollars, Yen and Pounds Sterling. Modern amenities far exceed those in other parts of Asia, and you can find upscale modern metropolis living in a tropical Asian island climate. There’s a lot to love there.

Those who choose the lifestyle that comes with retiring in Singapore typically choose from among these popular neighborhoods: Orchard, Tanglin, Holland Village, Robertson Quay and Mohammed Sultan Road and Upper Bukit Timah.

Each affords you a different type of lifestyle. Orchard, for example, offers a quiet location with lots of greenery, but right in the hub of all of the best shopping, restaurants and entertainment. That’s not to mention the highly regarded public transportation system. Tanglin is an older and more relaxed area, with botanical gardens, art galleries and cafes. Holland Village is an expat favorite with a boho feel and Robertson Quay and Mohammed Sultan Road are known for their nightlife. Finally, Upper Bukit Timah is more of a suburban area with lots of condos, and includes jungle views and a clear way to the Jurong Bird Park.

Some areas are more up and coming, while others are well-established and therefore a bit more expensive. Retiring in Singapore is a great idea for those who wish to live a life in exotic Southeast Asia, but with clear ties back west.

Want more information about retiring in Singapore? Contact us below: