What Is An "Alt Season" In The Crypto Industry? - Escape Artist 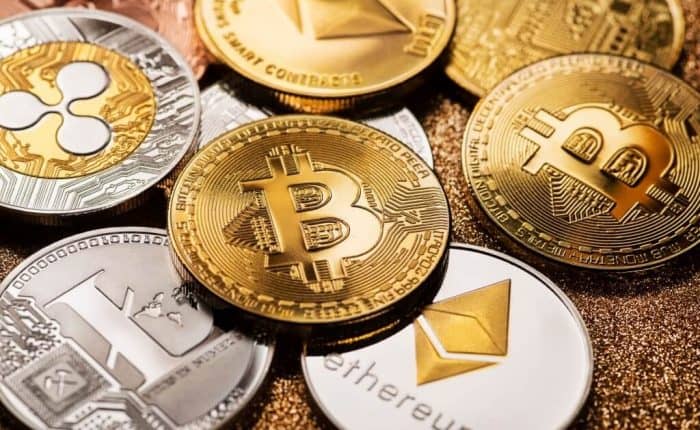 To even begin to answer this question, you need to have an understanding of the difference between Bitcoin and ‘altcoin’. To do this, it is worthwhile to delve a little into the history of cryptocurrency. The first, and now most valuable, cryptocurrency is a name we are all familiar with, Bitcoin. Released in January 2009, the world first heard of Bitcoin in a 2008 paper authored by Satoshi Nakamoto where Bitcoin was envisaged by Nakamoto as “an electronic payment system based on cryptographic proof instead of trust.”

From this acorn grew the giant oak that is Bitcoin. As Bitcoin grew bigger, other people wanted in on the phenomenon, and in 2011 Namecoin was released. Namecoin was based on the same code and uses the same proof-of-work (POW) algorithm as Bitcoin and is recognized as the first alternative to Bitcoin. As more and more of these new coins were released, the crypto industry began referring to any coin other than Bitcoin as altcoins – Alternative Coins.

How Many Cryptocurrencies Are There Now?

At the time of writing this, there are over 4,000 cryptocurrencies listed for trade on Coinbase. While most of these are small with little to no value some are huge with massive market capitalization. The 10 top cryptocurrencies by market cap today are;

You can see from the table above, altcoins are thriving. In fact, Ethereum is now so big, many argue that it no longer should be referred to as an altcoin and should be considered as a viable alternative to Bitcoin. Technically, Ethereum isn’t a cryptocurrency but a type of blockchain technology that both allows the transfer of Ether and the creation of new cryptocurrencies. We risk going down a technical rabbit hole so we will leave it at that but if you want to read more on the differences, you can do so here.

There are several categories into which the various altcoins can be grouped in relation to what function they perform;

While many altcoins have value thousands simply do not and some are created just as a joke or worse, as scams. These useless or suspicious altcoins are often referred to as ‘shitcoins’.

So now that we have explored the differences between Bitcoin and altcoin we can continue to explore the concept of ‘Altcoin Season’.

What Is Altcoin Season?

The crypto industry is dominated by Bitcoin and therefore the performance of Bitcoin has a fundamental impact on the performance of altcoins. Altcoin season, or ‘Alt Season’, is the term given when money flows into altcoins faster than it flows into Bitcoin. In other words, when investors are buying more altcoins than Bitcoin.

So, why and when does this happen? To understand this we need to look to Bitcoin again. Every four years or so, Bitcoin has a ‘halving event’ where the Bitcoin reward given to miners is cut in half. Each time a ‘halving event’ has happened previously a ‘bull run’ has followed where the price of Bitcoin increases. When the price of Bitcoin reaches a level that people start cashing in, the price begins to level off and even fall. At this point, investors look to move their funds out of Bitcoin and often into alternative crypto.

There are several reasons this happens but one is exchange fees. If you want to sell Bitcoin for a traditional currency you will need to pay withdrawal fees which are normally a percentage of the value.  If you are selling a high-value amount the fees can eat into your profits. One way around this is that you can exchange your bitcoin for an altcoin such as Litecoin or Ethereum which are far cheaper to transfer. As the money leaves Bitcoin it drives the value of altcoins up creating an ‘alt season’.

How To Know Alt Season Is Coming

If you want to trade in altcoins and make money from doing so, it is useful to know the signs that an Alt Season is on its way. Your first stop needs to be the Altcoin Season Index. This useful tool compares the performance of altcoins against Bitcoin over 90 days. If 75% of the top 50 altcoins are performing better than Bitcoin, they classify it as alt season.

Also, look out for these hints;

How To Trade Altcoins

To trade in crypto you need to go to a crypto exchange. Some exchanges to look out for are the likes of Coinbase, Binance, and HBTC. Once you have set up a verified account, any crypto you purchase is stored in your digital wallet, of which there are many such as KeepKey or Mycelium. You can use this to buy other cryptocurrencies or simply to hold and hope for appreciation in value. Some crypto traders go a step further and purchase a physical wallet which is in effect a thumb drive with beefed-up security features.

If this sounds too complicated, as mentioned above Revolut and others provide a service where you can trade via their platforms and while this is certainly easier, you never actually hold the crypto you have bought.

Crypto Head’s comparison of the top exchanges for altcoins is a good place to start your journey of discovery. They have put together a list of the best cryptocurrency exchanges for altcoins. Usefully, they also compare the fees charged by the exchanges and this information is vital when you are looking to optimize the return on your crypto trading. They also have several guides on how to go about buying crypto tailored to several different countries.

If you decide that you want to trade altcoins make sure to keep in mind the maxim, what goes up must come down. Alt seasons are notoriously volatile so always make sure that you never invest what you cannot afford to lose. Trading altcoins though can be both a profitable and wild ride.

I hope you got value from this article: What Is An “Alt Season” In The Crypto Industry?

Practicalities of Moving to Bali – Part 3

How Press Release Distribution Services Can be Useful for Businesses