Vanuatu will get you back to nature - Escape Artist

Vanuatu will get you back to nature 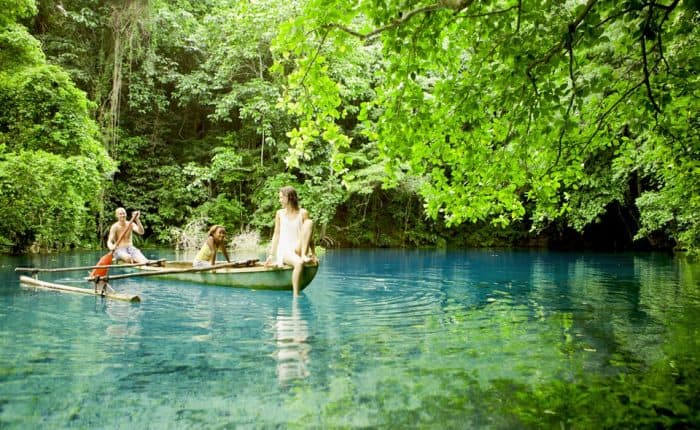 How to get back to nature in Espiritu Santo, Vanuatu

Back in the 17th century, Spanish explorer Pedro De Quiros first set foot on Espiritu Santo, mistakenly thinking he had found Australia. Although nowhere near as large as Australia, it is the largest of Vanuatu’s 83 islands and has a multitude of experiences to offer visitors keen to look further than tourist mainstay Efate. 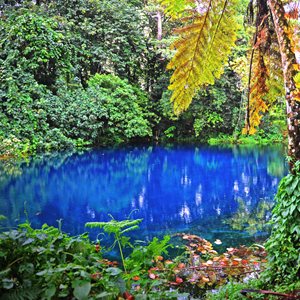 Increasingly accessible thanks to air services from Brisbane with Air Vanuatu, a growing number of visitors are being wooed by Santo’s offer of pristine beaches and a low-key tourist experience.

Swim to a waterfall

Everyone’s seen a waterfall before, but few can say they have ever done it quite like this. The staff at Oyster Island Resort will strap a life vest on you, then encourage you to leap off a three metre ledge into the Sarakata River. The gentle current will carry you past rocky hill faces until you arrive at the base of the spectacular Mount Hope Waterfall. The adventure doesn’t end there. After clambering out of the river and up the face of the waterfall with the aid of your guides and fellow adventurers, you’ll be rewarded with the reverse view of the cascade. 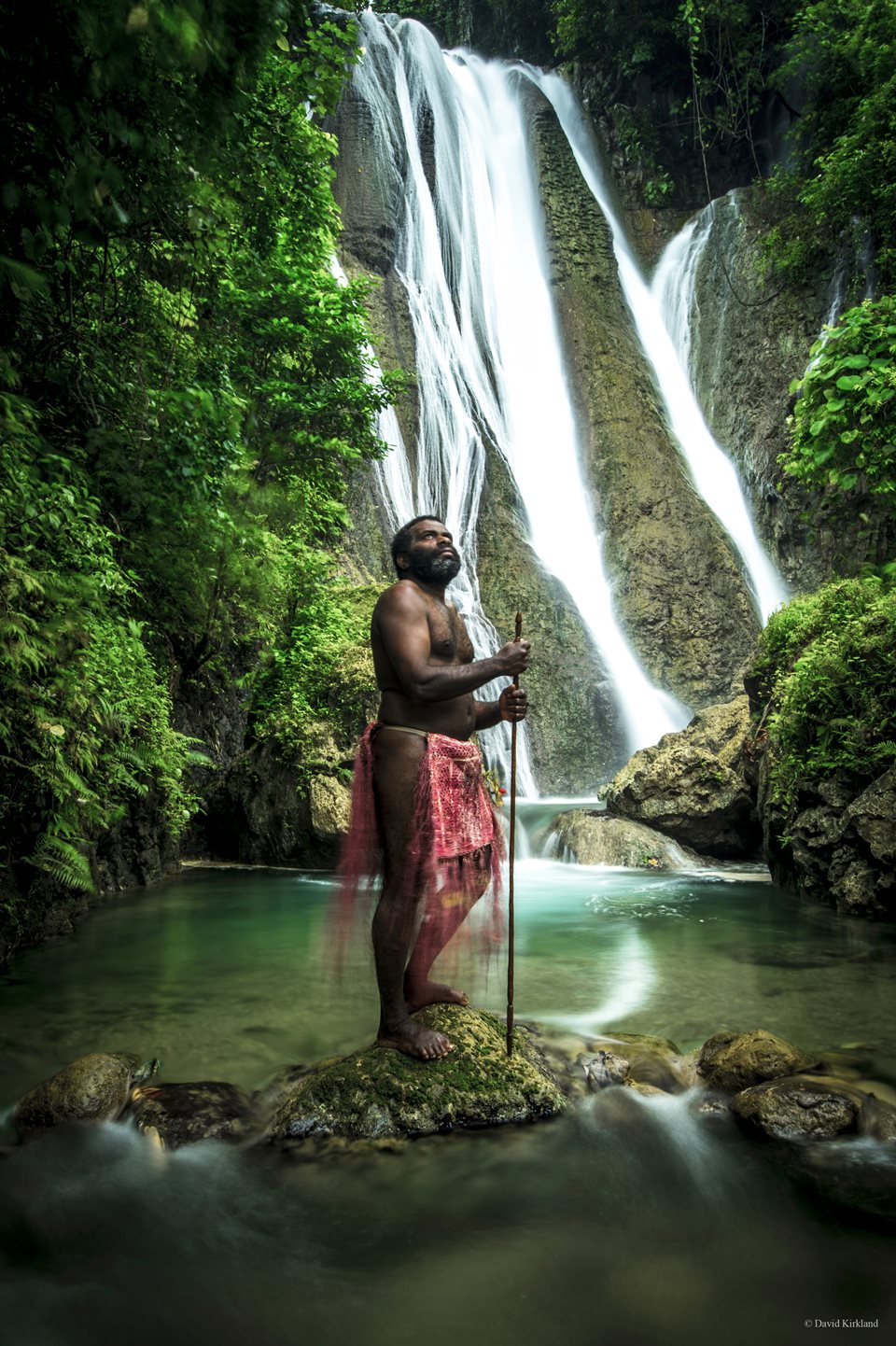 Lonnoc Beach and neighbouring Champagne Beach are the stuff of picture postcards – long stretches of white sand gently sloping into calm azure waters. But venture further afield and you’ll find the entire island is sprinkled with fine stretches of sand. Many have picnic spots, so go prepared and stay for the day. The nearby islands of Malo, Aore, Tutuba and Bokisa also have fine beaches which are easily accessible from the mainland. 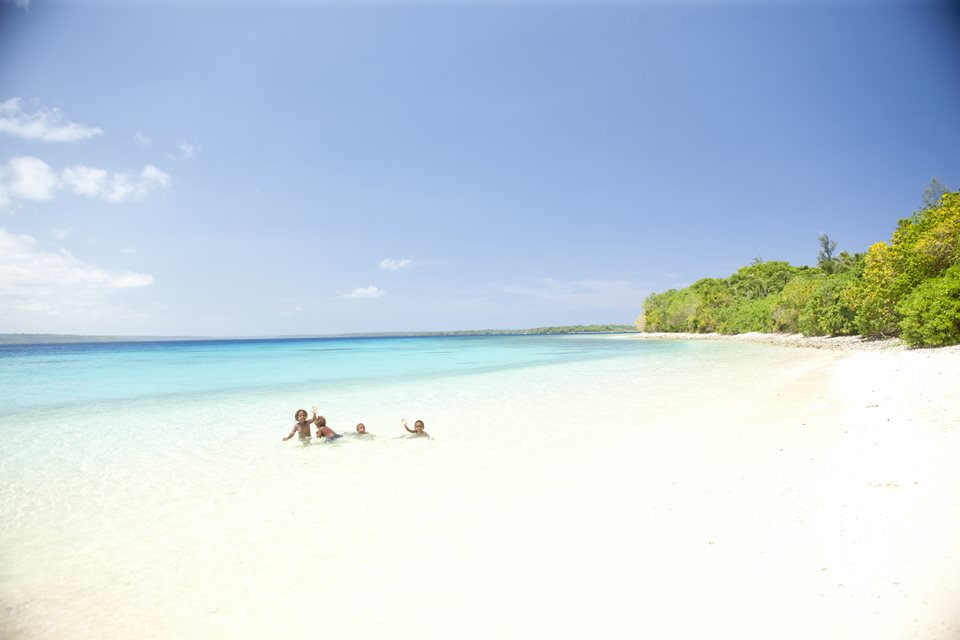 Cool off in a blue hole

For a slightly different way to cool off, head for one of the swimming holes that can be found all over the island. These startlingly blue pools are formed by springs of fresh pure water that have cut out a deep crevice in the limestone as they rise to the surface. The most famous and the largest is the Matevulu Blue Hole, just 20 minutes north of Luganville along the Matevulu River. There’s also Nanda Blue Hole, between Luganville and Champagne Beach, and the Riri hole, accessible by dug out tree canoe. 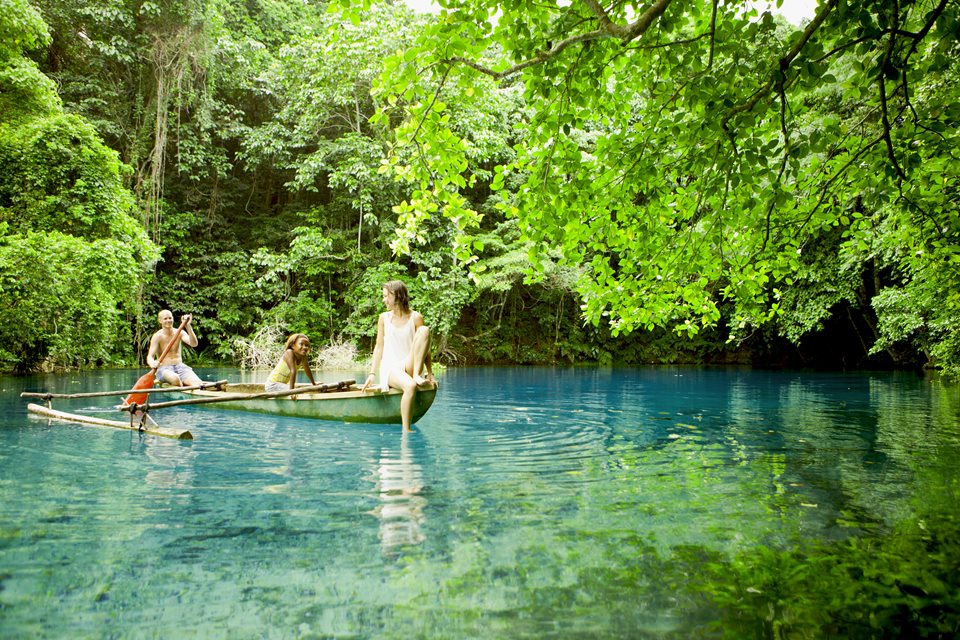 Although its large coral gardens, caves and abundant marine life make Santo’s underwater world the perfect playground for keen scuba divers, the lingering remnants of Vanuatu’s involvement in World War II takes it to another level. The wreck of SS President Coolidge is widely considered one of the best dive sites in the world. The 200 metre vessel sank after hitting mines while entering the harbour with 5000 troops on board – only two perished however. More than 10 to 15 dives are recommended to see the ship’s haunting entirety, filled as it is with guns, cannons and the soldiers’ personal effects. Other popular dive sites include Million Dollar Point – the dumping site for American equipment and machinery once the war ended -– and the wreck of the USS Tucker off Malo Island. 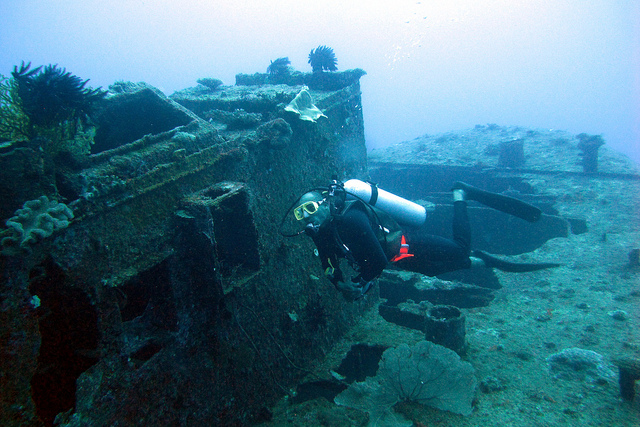 Have a hiking adventure

Santo also has a rich and diverse interior that begs to be explored, with the island home to Vanuatu’s highest peaks – Mount Tabwemasana at 1879 metres, Mt Kotamtam at 1747 metres and Mt Tawaloala at 1742 metres – and also its longest river, the Jordan River. One-day treks include a visit to the bat-filled Millennium Cave in the rainforest close to Vunaspef Village. Then there’s the Vatthe Conservation Area at the southern end of Santo – a 2276-hectare area of rainforest home to 44 species of birds and a black sand beach. Extreme trekkers can immerse themselves in the rainforest for four whole days, following the Wylapa River and resting their heads at some of the villages along the way. 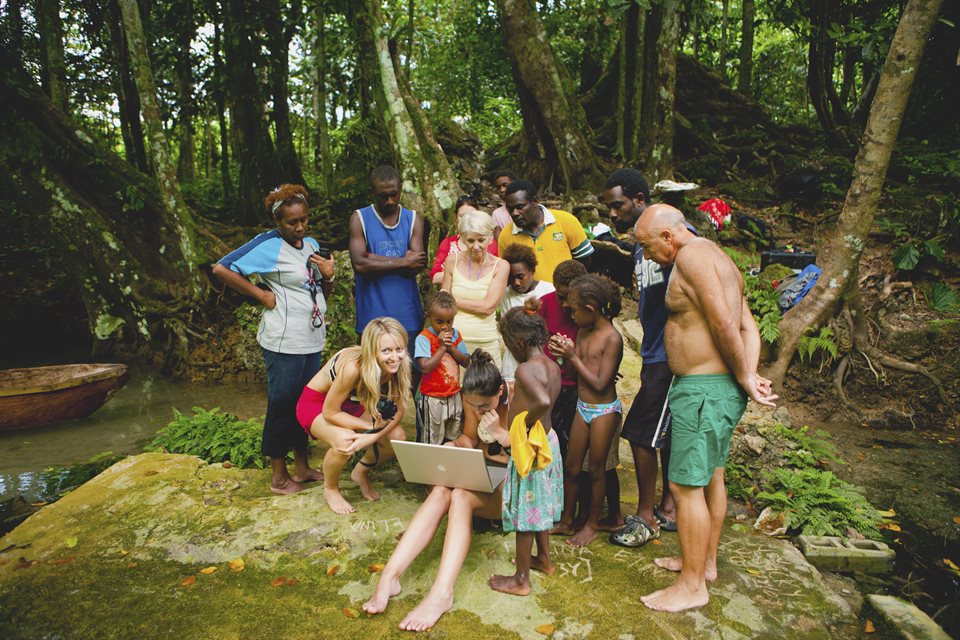 What to Do in Vanuatu: A Day Trip Primer

Vanuatu is more keen than ever to welcome tourists