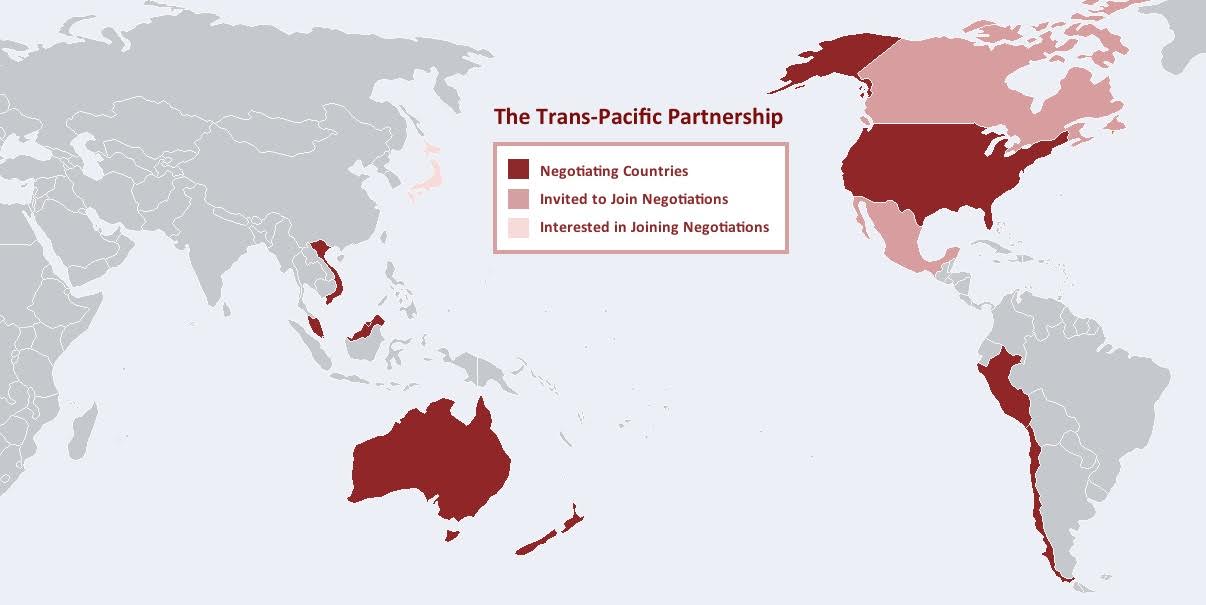 One of the cornerstones of Trump’s campaign was his opposition to free-trade agreements. He described the North American Free Trade Agreement (NAFTA) as the “worst trade deal in history.” This currently active free-trade agreement exists between the U.S., Canada, and Mexico. It was signed into law by the husband of Trump’s presidential contender, and former president, Bill Clinton.

What’s more, Trump was vehemently opposed to the Trans-Pacific Partnership (TPP). The TPP, created and championed by the Obama administration, would have been the largest free-trade deal in the world, covering 20% of global trade and its proposed member nations encompassing 40% of global GDP.

But that’s all over now. In the end of January, shortly after taking office, President Trump signed an executive order officially removing the United States from the TPP. And this likely means that the deal will fall apart for the rest of the proposed member nations as well.

In fact, according to the TPP’s own stipulations, the U.S. backing out means the end of the deal. The TPP “requires the legislative ratification of at least six countries that make up 85 per cent of the economies involved.” Seeing as the United States represents 62% of the trade bloc’s GDP, ratification by the U.S. is a requirement for the agreement to be made a reality.

One might think that foreign economies are stressing over the loss of this trade deal, but that assumption might be premature. Major economies in the Pacific region are now advancing their own trade deals.

Take the Regional Comprehensive Economic Partnership (RCEP) for example. This is a trade deal that rivals the TPP in that it also focuses on reducing tariffs in the Pacific region. It will have 16 members who collectively make up 24% of global GDP and 46% of the global population (it includes China and India). The fact that the RCEP includes China makes it significantly different from the TPP, which did not include China.

The RCEP is not nearly as all-encompassing as the TPP. For example, the TPP aimed to bring tariffs on nearly all goods down to zero. It would have eliminated around 18,000 tariffs. In addition, the TPP aimed to open up nearly all service and investment sectors to all other TPP member states. There were a few exceptions to these rules, but in general the TPP would have eliminated all tariffs among member states and opened up almost all sectors of business to all other member states. This deal constituted a massive liberalization and opening up of markets.

The RCEP, by contrast, is much less thorough. It does not aim to combat tariffs on as many goods as the TPP. Those goods which it does aim to reduce tariffs on will likely see some reduction, but not to zero, as the TPP aimed to do. Still, the RCEP is a massive free-trade deal, one of the largest in the world. If implemented, it will mean a large-scale reduction of tariffs in the Pacific region.

Finally, the TPP delved further still into other areas of the economy, such as labor and the environment. The TPP had regulations which would affect labor and environmental impact in the nations which were members. It very well could have been a tool to combat the ubiquitous “sweatshop culture” of manufacturing in Southeast Asia.

The RCEP has no mention of labor or environmental regulations.

Many claimed that the TPP was a method for the U.S. to increase trade and influence in the Pacific region, a region that is currently in the midst of a power struggle between the U.S. and China. Now that the U.S. has backed out of the TPP, many are suggesting that China is using this opportunity to push for the implementation of the RCEP as a means to increase their own power and influence further in the Pacific region.

Only time will tell how this battle of influence will play out, but one thing is for certain, and that is that the U.S. has decided to step back from the situation, at least for the moment, by backing out of its Pacific free-trade deal.

Deep Sea Scuba Diving—Chronicles of Life in a New Land

Owning land in the philippines

Edinburgh, Scotland – The Land of Camelot and Single Malt