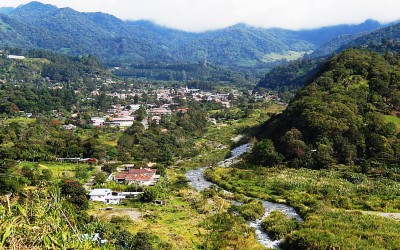 In 2013, the Tourism Authority of Panama (TAP) set a goal of attracting 2,250,000 visitors to Panama. That goal was easily exceeded as roughly 2,270,000 tourists made Panama their destination last year.

With its beautiful beaches, eco-tourism jungle adventures, rich history cultural history, and the highlight of the world-famous Panama Canal, it’s no wonder travelers include Panama in their itineraries. Here are some statistics behind their choice.

Panama seems to be becoming even more popular as a cruise ship and boat destination. Entries via cruise ships and private boats saw the largest percentage increase against other modes of travel last year. That visitors can choose to board on ship could help explain why Panama’s hotel occupancy rates were lower last year despite its overall increase in tourism.

According to Jaime Campusano, president of the Chamber of Tourism of Panama, the current hotel tax in Panama of 10% is expected to go up by 1 to 2% in 2014. The revenue generated by this tax increase will be invested right back into the tourism sector.

Ongoing support for the tourism industry is just one more reason why Panama is already off to a great start to achieve its goal of 2,300,000 visitors in 2014!

Tips For Writing a Press Release to Boost Your Sales