The government of Nicaragua and a group from China have broken ground on the world’s largest infrastructure project. A $50 billion dollar dig that will connect the Pacific Ocean and the Caribbean Sea. The canal will send ships through Lake Nicaragua and be 278 kilometers when completed, three times longer than the Panama Canal.

According to the Nica government, the canal will bring in 250,000 jobs and transform the country’s economy. The canal also creates follow-on and real estate investment opportunities over the next 5 years for those who understand the market. I expect property values in certain areas to increase 3 to 6 times PV between 2015 and 2020. Here’s why:

The canal brings with it ports, roads, hotels, residential neighborhoods, tourist resorts, and an international airport. Most of this support infrastructure, including the airport and worker housing, are scheduled to be completed in 2020… then the canal construction will begin in earnest.

Nicaragua is currently the second poorest country in Latin America after Haiti with a GDP of $11 billion or $1,850 GDP per capita. It obviously has a lot of room to improve… a lot of investment upside.

Poverty is largely a rural problem and the canal will displace about 35,000 of these rural poor. The lands owned by farmers and indigenous tribes are being taken by developers for the canal proper and related projects. Fair compensation is determined by the government, similar to eminent domain in the United States and the United Kingdom. Much of the downward pressure on Nica’s per capital GDP is from these rural poor and will not impact individual investments in high value areas.

Construction of the canal, and then the jobs it brings with it, are guaranteed to be a major boost to Nicaragua’s economy. Currently near the bottom of Central and South America, many expect Nica’s GDP to double in the coming years, making certain regions and sectors of the country amazing investment opportunities for those willing to follow the Chinese. 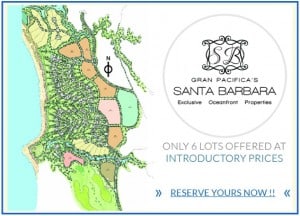 Current economic growth is 4.2% and the government hopes to reach 10% in the first three years of operation. This would mirror Panama’s, the strongest in South and Central America.  Similar to Nicaragua, Panama’s GDP is $42 billion, but $11,0374 per capita. Of course, banking, business and all other drivers of the Panama economy are well ahead of Nicaragua. The population of Nicaragua is about twice that of Panama.

The Nicaraguan canal will provide for the more efficient transport of goods from China, Japan and the rest of Asia to the US and Europe. It will also facilitate the movement of raw materials from Latin America and shale oil and natural gas from the US to Asia and Europe.

Of the jobs the project promises, about 50,000 are temporary construction jobs. The balance are permanent airport, hospitality, factory, shipping management, and other support positions.

As cash begins to flow into Nicaragua, so do opportunities. Improvements to infrastructure means more business minded travelers (sorry backpackers) and higher dollar tourists. The first 5 star resort opened last year, Mukul Luxury Resort and Spa in Guacalito de la Isla, Nicaragua. Mukul has been listed as one of the best hotels worldwide by Forbes, Conde Nast, and several other publications.

In fact, prospects are bright throughout Nicaragua. The International Monetary Fund (IMF) highlighted this country as an example for the rest of Latin American countries in a recent meeting. Investors who successfully leverage this momentum will see excellent results.

According to the IMF, Nicaragua’s growth rate is higher than the rest of Latin America and is projected to be 4.2% in 2015. The average for Latin America is 1.2% and for Central American countries it is 2.2% to 2.3%. According to Ming Zhu, Deputy Managing Director of the IMF, the macroeconomic policies implemented by the Government of Nicaragua are positive and should serve as an example for Latin America.

When the canal project hits its stride in 2020, expect Nicaragua to become a powerhouse in Central America. Investments in very specific regions of the country are expected to generate strong returns. To capitalize, you must study the build pattern and know when and where to enter the market.

If you are considering investing in this region, Nica is a strong buy recommendation over the next 5 years. If you have questions about Nicaragua, or would like to be introduced to a local expert, please drop me an email at christian@escapeartist.com. We do not offer investment advice, but will be happy to refer you to experts that do.

How to gain access to banks and investments closed to Americans

The Modern Road Warrior: Have Job Will Travel