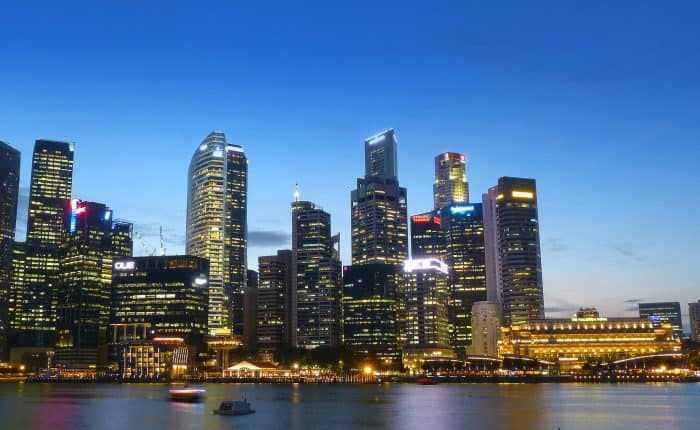 You might be surprised to know that English is one of the national languages. English being the predominate language for all government documents and communications. The four official languages in Singapore are English, Mandarin, Malay and Tamil.

As a native American English speaker I have had no issues communicating with everyone I’ve met. touristy areas such as Sentosa island with attractions including Universal studios, S.E.A Aquarium, Casino and many other attractions all English. The CBD Central Business District including Marina Bay and Raffles place which are predominately featured in photos of Singapore, again all english. Open air food courts called hawker centers which are all over Singapore. Sometimes their English is a bit broken. Pointing at the dish you want and making special requests I’ve never had one issue yet.

While walking around a mall or down the street you will feel right at home if home is an English speaking country.

Singapore has an interesting mix of UK, Australian and USA grammar and pronunciations along with spellings. Such as lift vs elevator and rubbish bin vs trash can. Spellings generally favor UK English as well.

80% of Singaporeans are fluent in English. The last 10 years have shown that English is becoming even more widely spoken at home as well.

School is taught in English. Only with language classes will you find any other language besides English being used to teach. Over the last 10 years English has gained a large percentage of being the primary language spoken at home. From 2000-2010 English spoken at home has risen from 23% to 32.3% while Mandarin rose 35% to 35.6%.

Magazines and newspapers are in English as well. Like other countries there are news papers and magazines available in other languages as well.

Mandarin is still the largest spoken mother tongue. The Singaporean government encourages their people to learn and use English.

You will hear a lot of mandarin and if you know a little bit or even better are fluent in mandarin you will be even better off.

Often times when I’m with Singaporeans they will still communicate in mandarin and often switch back and forth from mandarin to English and back again.

When hanging out with Singaporean friends you will quickly get exposed to singlish. It can be a little disorienting the first few times it happens. Everything is in English and then someone says something that sounds like something you should comprehend. Yet you are clueless to what they just said. Chances are you will get the essence of the communication. You will be missing the exact meaning.

At times it can be fun to learn a little bit of singlish and as you hear it more are are exposed to it more and more you will start to get used to the flow of it. As of no I’m still really ignorant of singlish and am lost more often than not.

As a tourist or international business person chances are you will not encounter singlish. If you are an expat looking to relocate you will start to get exposed to singlish and it adds to the culture of Singapore.

I’m also asked if I’m learning mandarin. Yes I am. Learning mandarin comes down to a personal choice for me as I’ve always wanted to learn a second language.

Do you need to learn mandarin to survive in Singapore? absolutely no! with mandarin being the most spoken language in the world it might something to look into.

Interview with Bullionstar Moving Family and Business to Singapore