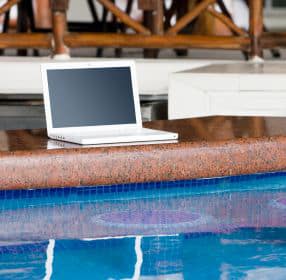 November 3rd is a national holiday in Panama, celebrating the country’s independence from Columbia in 1903. In 2003, one hundred years later, GDP growth began to skyrocket in Latin America. By 2012 Panama outpaced ahead of all other countries in the region with a 9.5% growth rate, compared with the regional average of 3.5%, and is showing no signs of slowing its pace.

The average per capita income in Panama has risen dramatically from $4,138 in 2003 (World Bank) to $15,300 in 2012 (CIA). This means that consumers have more disposable income and are able to spend more on discretionary goods and services. Small businesses are capitalizing on this increase.

Over the past ten years, Panama has experienced considerable growth in both the foreign and small business sectors. According to the Panamanian government’s five-year Economic Development Strategy for the period 2010-2014 (Hess), the four pillars of growth driving the economy in Panama are tourism, logistics, agriculture, and financial services. Service-based businesses represent 80% of Panama’s GDP. With attractive government incentives in place for small businesses, Panama is an exciting option for today’s entrepreneurs.

For foreign nationals, starting or investing in a small business in Panama does have its challenges, however. To be granted an immigration visa under the Small Business Investor Visa Program, a micro-business requires an investment of at least $40,000, and a small business an investment of at least $150,000. These businesses are also required to hire at least three Panamanian citizens.

Another challenge is the labor law requiring that 90% of a company’s workforce be comprised of Panamanian citizens, foreign individuals married to Panamanians, or foreign individuals who have resided in the country for ten or more years. Although there are some exceptions and waivers available, this rule has proven problematic for businesses which require labor pools with specific skill sets.

Panamanian law also stipulates that all employees receive a minimum of 30 days paid vacation, time off for 11 national holidays, as well as an annual bonus of one-month’s pay (known as the 13th month). There are restrictions on the types of businesses that foreign nationals can own, including retail and media enterprises. And only Panamanian citizens are allowed to practice certain licensed professions such as those in the fields of law, accounting, or real estate. A recently-ratified Trade Promotion Agreement (TPA) may ease some of these restrictions in the future.

Despite these hurdles, the surging economic growth in Panama continues to make it an attractive destination for small business owners. With the minimum wage set at $1.40 an hour, labor is extremely inexpensive. Panama is also in the Eastern Standard Time Zone, the same as New York City, which makes dealings with US companies easier. The future economic growth prospects in Panama, along with its influx of foreigners and its growing middle-class consumer market, will likely to continue to attract entrepreneurs and small businesses well into the future.