Protecting Your Wealth Through An Offshore Trust - Escape Artist 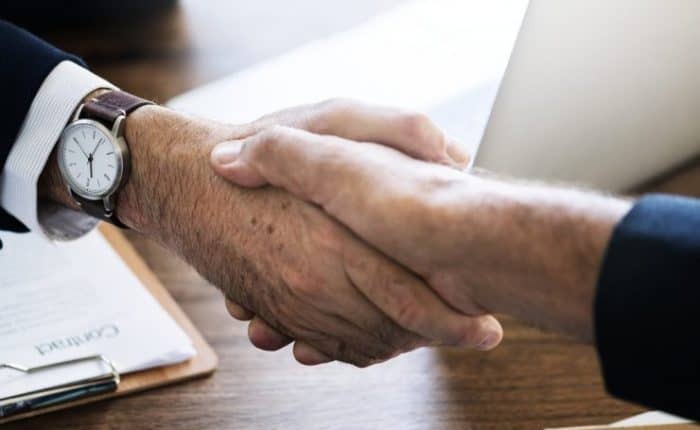 Donald Trump’s Tax Cuts and Jobs Act of 2017 was one of the largest tax overhauls ever seen in the US economy. In a single stroke, Trump reduced corporate taxes and brought down individual tax brackets as well. While everyone was really glad he did it, it seems like he dropped the ball when he went through with the trade war with the Chinese.

These tax changes were supposed to induce inflationary pressures in the economy by giving the people more money to spend. With increasing demand and greater productivity of the American economy, you could have expected the US to come out of its economic stagnancy. But no, Trump had to raise tariffs on Chinese goods, which account for nearly $539.5 billion worth of imports coming into the economy every year. Trump has also recently threatened tariffs against Mexico—another source of cheap goods for the American consumer.

Add to this deflationary dynamic the fact that the government intends to collect an estimated $1.8 trillion in tax revenues in 2019—your potential trust funds really aren’t worth much. Now with greater global economic uncertainty, you should move your trust funds to an offshore location. That way you’ll have to pay lower taxes, have greater investment freedom and greater financial flexibility to help you circumvent untoward economic circumstances.

This article will analyze the problems with holding your trust funds in the United States in light of the economic uncertainty in the country. It will also speak of the exorbitant tax rates and how these hold back your financial growth. First, let’s discuss:

What Is An Offshore Trust

An offshore trust is a trust structured in a tax favourable jurisdiction. There are many “offshore” jurisdictions, but only a few that offer maximum asset protection. So a well-placed offshore trust is one set up in zero tax country that also provides solid asset protection laws. Keeping in mind that the USA is one of the most litigious countries in the world and that there are more lawyers per capita in the US than in any other country in the world, it really is to your advantage to look at getting an offshore trust in any one of these countries:

Antigua, Belize, Cook Islands, Nevis, Jersey, Isle of Mann, Bermuda and more. Reach out to us here and we can set you up with our expert in the field of Offshore Trusts.

Remember, a trust is not just for the rich and famous. It’s for anyone who has a moderate amount of assets and is especially important for people who have a high likelihood of being sued, for example, Doctors, Nurses, Accountants, Lawyers, Real Estate Agents and Business Owners.

Global Macroeconomics And US Stock Exchange In 2019

There’s a very important reason why I specifically mentioned the Tax Cuts and Jobs Act of 2017 together with the trade war. While Trump reduced the tax burdens on corporations and individuals alike he took all of that away when he got into the trade war. While he reduced the corporate tax by around 14%, the imposition of 25% tariffs basically raised the costs of production by 11%. Any individual taxpayer was also paying more money after the tax cut than they were before. There really was no point to the tax cuts at all—they only reduced the purchasing power of the consumer.

There was a dual effect of the trade war, not only could consumers buy less—even producers had to reduce their supply because they can’t sustain post-tariff cost levels. According to reports, the largest part of the supply chain was the import of intermediary goods that form a crucial part of the production process. Nearly 15% of all the demand for Chinese manufactured intermediary goods was affected and the US transportation sector had to pay substantially higher prices for imports that previously cost $10 billion. This production disruption and disruption in the logistics sector has effectively crippled the US’s domestic supply chain.

Before the US and China reached their phase one trade agreement, stock markets in the states were continuously plummeting. Back in August, when the trade tensions were at an all-time high, the market actually fell 760 points within a single day. Even with this agreement in place, the markets weren’t optimistic and rose by only 3 points. Given these considerations, this isn’t the time for anyone to invest in the stock markets—particularly through their trust funds, which are significant determinants of their post-retirement wealth and the wealth they pass on.

Of course, now that the consumer purchasing power is at an all-time low, the government had to cut interest rates to make sure that people continued spending. In many ways, this was also a way to divert public funds into an increasingly less attractive equities market. The people who’ve moved to the equities markets might very well have signed their financial death warrants but no one’s making money off of the bonds market either.

The US bond’s market has gone through quite a wild ride throughout 2019, in a sequence that’s termed as the “bond phenomenon of 2019”. The market was insanely erratic throughout the year and this trend will continue over the next year until things stabilize.

How Can An Offshore Trust Fund Help?

Not having an offshore trust fund is going to be a huge problem considering that most of your investments will be ensconced in the US financial markets. You’ll have to pay higher taxes on these, you won’t be able to invest in commodities and you’ll remain stuck with investments within a dying stocks/bonds market.

Keeping your trust incorporated on US shores and continuing to work only in US investment markets can significantly hamper your financial growth. You should instead move your finances into an offshore trust fund that offers you greater flexibility with your investment options and lets you exert greater control over your money.

Considering the state of global financial markets, the best option would be to use this trust fund to invest in offshore investments such as teak plantations in Panama, invest in gold holdings and go for unconventional investment destinations that serve as substitutes for financial investments. If you set up your trust funds in low tax/tax-free jurisdictions, you can minimize the tax liabilities associated with the payments made from the trust. Some other advantages of setting up an offshore trust fund include:

An offshore trust fund is probably the best way for anyone to maintain their long-term financial well being. Recession or not, reducing your tax burdens and investing in high yield commodities is the mark of a shrewd financial mind and now it’s also the mark of a practical investor. Sticking to conventional investments is perhaps the worst way of preserving your wealth at the moment.

In light of these considerations, having an offshore trust fund in your name can help you avoid the consequences of the impending financial upheaval expected in the next few years. With the greater investment freedom, possible tax exemptions and financial privacy, you can retain a greater part of your wealth despite the state-level/global panic that will ensue very soon.

I hope you enjoyed this article: Protecting Your Wealth through an Offshore Trust.

For more information on setting up your offshore trust fund, please contact us here.