According to Oxford Economics, President Donald Trump will either be a disaster or the best thing ever for the global economy. No one knows which way the chips will fall, but they all claim to know that big changes are on the way. There doesn’t seem to be any middle ground… it’s either going to be great or horrible.

For example, a trade war with China could cause major damage to the world economy. Likewise, a severe downturn in the Chinese economy could have a major impact. 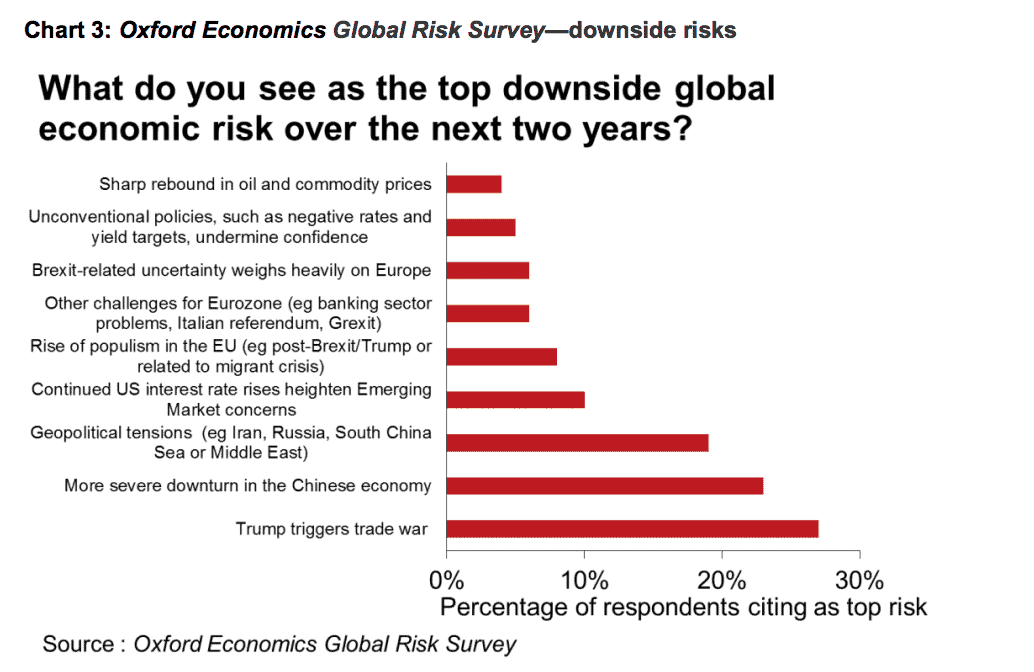 On the positive side, Trump could light a fire under the U.S. economy the likes of which we haven’t seen since Reagan. 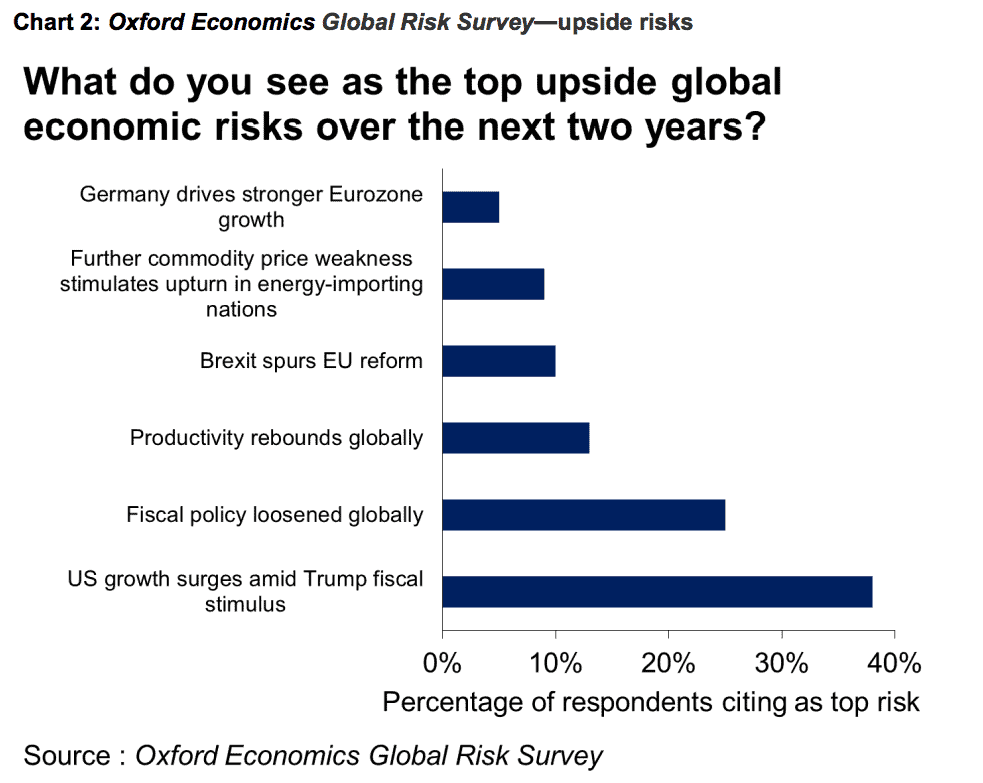 No matter your political leanings, you must see the risk in what might be. We’re headed for uncertain waters. It may be the best of times or the worst of times. We have no idea what will happen, but we know something big is coming fast our economy.

While you might decide to leave most of your cash in the United States, I suggest you diversify offshore as a hedge against this risk. Leave what you like on red or black and hold some back in an offshore trust or foreign corporation.

If things go bad, expect the U.S. to limit the transfer of cash abroad. You will need to be set up offshore before the storm hits.

Holding a foreign currency or physical gold offshore is a solid hedge against systemic risk. Focus on planting as many flags offshore as you can as quickly as possible.

Take your political feelings out of the equation. Whether you’re miserable or ecstatic over President Trump, you’ll see risks in what might be. These are uncertain times and you must take steps to protect your family if the global economy takes a wrong turn.

Gamble what you like on the U.S. but put a nest egg offshore.

For more on how to plant your flag or transfer money offshore, please contact us