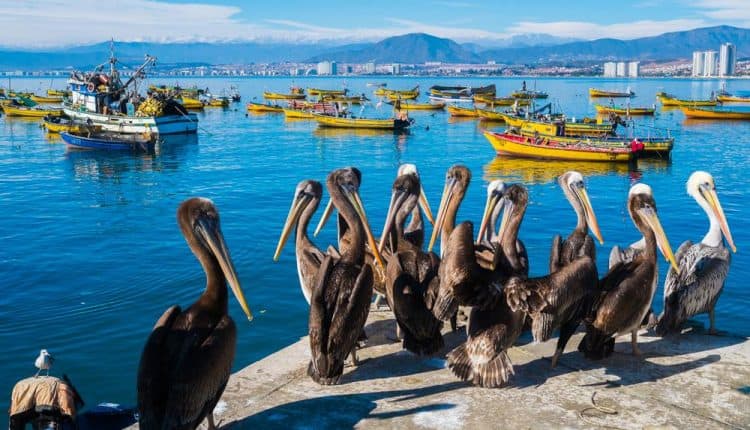 Chile is a popular retirement haven for many expats, thanks to its high standard of living for a fraction of the cost of the same lifestyle elsewhere. Chile has amenities that other Latin American countries can sometimes struggle with, like fast and reliable WiFi and modern transportation. Chileans enjoy a healthy economy, and that goes to show why there are so many expats there. If you’re looking for some information on the best expat cities in Chile, we can provide some knowledge for you. Here are a few of the most popular.

Le Serena is the capital of the Coquimbo region on Chile’s Pacific coast and is one of the more popular expat cities in Chile. It is the second-oldest city in Chile and is one of the country’s most important cities, since its population doubles during tourist season. It’s because of this city’s popularity among tourists that it happens to be a great place for expats and investors to purchase property to rent out during the busy season. Another great perk to this city’s economy is that it’s known for having some of the best shopping in the country, and retail and commercial space can be just as great an investment.

La Serena itself links to Coquimbo City, and the population of both cities adds up to about 350,000 people. If you are in search of a life along Chile’s vast coastline, this is probably the area you’ll find suits you best. The coastline here is over 6 miles long. There is an expat community that spends time together and runs forums to help each other out in La Serena, which would be helpful to anyone trying to relocate. The cost of living will, of course, depend on the part of town you choose, but the Cisternas area and areas near Cuatro Esquinas and Raul Bitran are known for being affordable.

Santiago has the largest expat population in Chile, thanks to its easy access to all of the best amenities, like shopping, restaurants, and entertainment venues. Chile is said to be very centralized in that way, where most of the businesses are located in and around its capital and largest city. The population is just under 6 million and sits in a valley surrounded by the Andes mountains. You can get a good feel for Chilean culture in this bustling area, but the commonly noted downsides deal with heavy traffic and smog pollution. Many of the city’s expats choose to live in some of the more expensive suburbs, so that they can commute for work, or for social activities and entertainment. Neighborhoods like Lo Barnechea and La Dehesa offer a great balance to the hectic city life and Chilean culture and quieter life surrounded by fellow expats. Be prepared, however, to pay a little extra to live in these areas. The cost of living in Santiago itself is slightly more expensive than the cost of living in La Serena, but not by much. Rent for a one-bedroom apartment in Santiago’s city center would only cost you about $520 USD/month. For a three-bedroom, you’d pay about $940 USD/month. Outside of the city center, those prices fall to about $430 and $815 USD. Very affordable compared to prices in North America.

Third on the list for one of the most popular expat cities in Chile, Viña del Mar sits northwest of Santiago on the map and is a little less popular than the other two destinations mentioned here. Most tourists who visit the area spend their time in the nearby city of Valparaíso and day trip over to Viña del Mar, so named the “Vineyard by the Sea.” It’s a wealthier area, nicknamed the Garden City for its perfectly manicured boulevards with palm trees and expansive parks. Although it is known for having ritzy-looking palaces and neighborhoods, the cost of living still isn’t too bad overall. Rent is more affordable here than it is in Santiago, with a one-bedroom apartment in the city center running for about $470 USD/month, and a three-bedroom in the city center going for just under $700/month.

Viña del Mar is a good option for those seeking a quieter lifestyle in Chile, with gorgeous, clean public beaches and not too overrun with tourists (except maybe on the weekends). This city is also known for having a party scene, so if you’re looking for a city with a good nightlife, this may be a good option for you as well.

Options for Expat Cities in Chile

Although we only listed three, these are strong options for any expats interested in relocating to Chile. Overall, anywhere you choose in this country is likely to offer a high quality of life for a very affordable price.

How to Remain Healthy While Traveling

Best Offshore Investments for Your IRA in 2019

No Hot Water, No Electricity, No Problem – Baru, Colombia