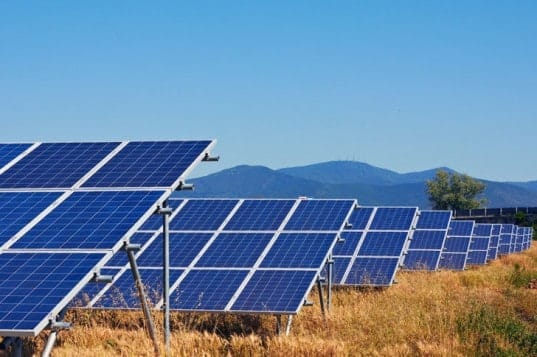 “Latin America is one of the world’s most dynamic solar power markets, and we are excited to demonstrate our skill building utility-scale distributed clean energy generation projects on budget in this key geographical region,” said Camilo Patrignani, CEO of Greenwood Energy. The project was designed and engineered through a joint venture between Greenwood Energy, a New York-based alternative energy investment firm, and the European contractor, Biosar.

The collaboration, called Greenwood Biosar, completed the solar array in less than a year, at a cost of approximately $10 million. The facility was made possible by a donation from ENEL Green Power and the Italian Government. Enel Green Power Panama is one of the major electric system suppliers in Panama and it operates in the Chiriquí region. With an installed capacity of 300MW, it represents 23% of the total capacity registered in Panama. Greenwood Biosar is currently building other solar projects across the United States and Latin America.

The Sarigua Solar Park, which began operation in February 2014, is located in the Herrera Province, approximately nine miles (15 km) from the city of Chitre, in central Panama. The site is located within the boundaries of the Sarigua National Park, which is said to be “a sad example of deforestation in the tropics”. Sand blows across a bone-dry landscape where little grows. This is one of the more arid regions of Panama and is considered to be an ideal location for solar powered plants.

The Sarigua plant is equipped with 11,886 photovoltaic panels and provides employment opportunities for residents of Parita and other nearby communities. It will also be used as a tourist attraction within Sarigua National Park, promoting the conservation of the Park.
The energy produced by the 2.4 megawatt solar facility is expected to supply around 30% of the surrounding area’s electricity demand, equivalent to 2,600 homes, and has been interconnected to the La Empresa de Generacion Electricita (EGESA) grid network.

President Martinelli has expressed the Panamanian government’s interest in the possibility of future expansion of the solar plant. The global Concentrated Photovoltaic (CPV) market is expected to undergo a major growth spurt in the next five years, with its cumulative installed capacity forecast to jump from 357.9 Megawatts (MW) in 2014 to 1,043.96 MW by 2020, according to a new report from GlobalData. Data from the National Renewable Energy Laboratory shows Panama to have substantial solar power potential – 185,228,630 MWh/year; around 33 times the nation’s annual electricity consumption. There may be ‘sunny’ investment opportunities in Panama’s future!

Visas, Residency, Citizenship…What Does it all Mean?