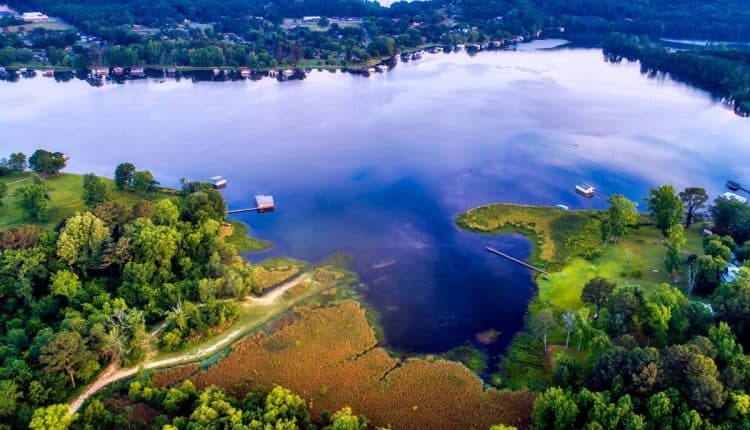 Opportunity Zones are the talk of the US tax world. These opportunity zones are currently the best government program that is incentivizing investment into distressed areas in the United States. In fact, the opportunity zones might just be the biggest tax shelter EVER created in the United States. Every private investor and investment firm should definitely look into this as a viable option to eliminate or defer US tax on capital gains.

There are over 8,700 designated opportunity zones in the United States that could benefit from private investment. The best part of this is that you get total support from the Government with little interference from them.

Today I am going to talk about a state that has a number of opportunity zones and is one of the best examples of a quick return of investment that the program is talking about. I am referring to the southern state of Alabama.

Alabama might not be the first thing that comes to mind when you’re talking about investing, but it definitely should. The southern part of the United States has a lot of promise and little competition.

In order to select which areas could be considered opportunity zones, the Governor and his team had to do an in-depth examination of each county and a review of the planned investments on undeveloped land.

A lot of non-profit institutions were created with the purpose of advertising these opportunity zones to third party private investors. Everybody sees the value in creating businesses and jobs for the people of these areas.

Average population living in the selected opportunity zones in Alabama equals 3,863 without counting the surrounding communities in each county that did not qualify as an opportunity zone.

34% is the average poverty rate of an opportunity zone in Alabama, and a big part of that percentage are citizens of the county that do not have jobs and could benefit from the construction of an industrial-based company or a real estate development.

Here are some additional details about investing in an opportunity zone in Alabama:

A way in which they are promoting opportunity zones is by giving the private investor capital gains tax incentives that are available exclusively through stipulations made by the Investing in Opportunity Act.

In the tax overhaul bill, on the section where the term opportunity zones are introduced, it is stipulated that the designation of opportunity zones can expire after 10 years if the area stops being one, so there is a pressure to invest while it is still possible.

After a number of failed initiatives and government programs, the state is hoping that this is the final instrument to pick up these designated areas in Alabama. The government and his staff are betting everything on the success of this program. As an investor, this is great to hear as it means that you will have all the governmental support you need.

As of today, there has been a decent amount of investment going into opportunity zones in the state but there are mostly small or one-off. There is hope that as the months and years pass huge real estate development and industrial based businesses will flood the area.

Government programs like this do not happen very often so it would be wise to benefit from them once they do. Alabama is a great example of a place where something like this can thrive and prosper.

The How & Why of Retiring to St. Kitts and Nevis