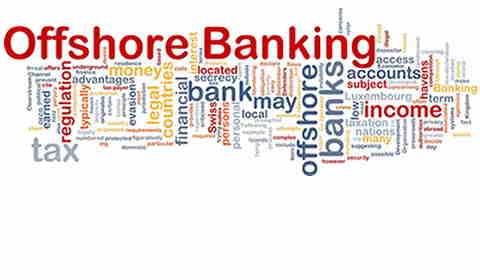 First, let me define what I mean by an offshore bank. I’m focused on banks in tax free asset protection countries like Belize, Cook Islands, St. Vincent, etc. Basically the entire Caribbean and Cook Islands. In and around Europe, offshore banks are found in Jersey, Guernsey, Malta and similar low or zero tax jurisdictions.

Back in the day, Hong Kong and Singapore were top offshore hubs. But, now you basically need residency to open an account at a bank in these countries.

An offshore bank operates from a country that won’t tax your income or your gains. A bank is “offshore” to its customers when those customers live outside of the bank’s country of operation.

As a result, the residency programs in top tier countries have seen major increases in demand. If you want a business structure and a bank account in a quality jurisdiction, you need residency… so the demand for residency from high networth individuals is on the rise.

For example, demand for Panama’s Friendly Nations Reforestation Visa program and tripled in the last year. Demand far outstrips supply and it’s becoming difficult to fill the requests. For more on this, see: Best Panama Residency by Investment Program.

The lone exception to the offshore bank license contraction is Puerto Rico. This territory has been issuing about 20 offshore banking licenses a year while the big players have been loosing banks right and left.

This is because 1) Puerto Rico can offer a unique set of tax incentives that can’t be matched by any foreign country, 2) FACTA doesn’t apply in Puerto Rico, and 2) Offshore banks in Puerto Rico have an easier time securing correspondent banking partners compared to banks from lesser jurisdictions.

It’s this problem of getting and keeping correspondent partners that’s putting offshore banks out of business and reducing the number of new licenses available. A correspondent bank allows a smaller bank from a foreign jurisdiction to hold accounts in the currency of the correspondent.

In order to control and shutter offshore banks, the governments of Europe and the United States have been increasing the compliance requirements on correspondent banks. These costs are then passed on to the offshore bank. In many cases the correspondent closes the account because the offshore bank poses to much risk and liability compared to the profit to be made.

For example, Dominica was the most active offshore banking license jurisdiction. The government has had to put new licenses on hold indefinitely because of the lack of correspondent partners. This island issued so many bank licenses that the jurisdiction lost its luster with corresponding banks and now it’s very difficult to get an operating account for a bank in Dominica.

In my opinion, the solution for the offshore banking industry is an online crypto bank with no correspondent partner required. A bank using blockchain technology to hold and manage all accounts with the ability transmit FIAT currency over a platform like Ripple.

Such a bank would need to provide loaded debit cards, as they do in Mexico. But, these cards shouldn’t be tied into the MasterCard or Visa networks. The two weaknesses of offshore banks that link them to US regulators are needing a US correspondent account and a MasterCard or Visa connection.

Such a bank could provide US dollar or Euro linked accounts by issuing a token in these currencies. Rather than holding dollars directly, you could hold a cryptocurrency pegged (1:1) to the USD.

How different is this from what smaller countries have been doing for years? For example, the Eastern Caribbean dollar has been pegged at $2.70 XCD to $1 USD for a decade. And a pegged crypto would have none of the country risks.

I hope you’ve found this article on why offshore banks are going out of business and how to save them to be interesting. For more on this topic, take a read through: Blockchain and cryptocurrency are the future of offshore banking.

Guatemala: Arriving and Setting Up Your Residence