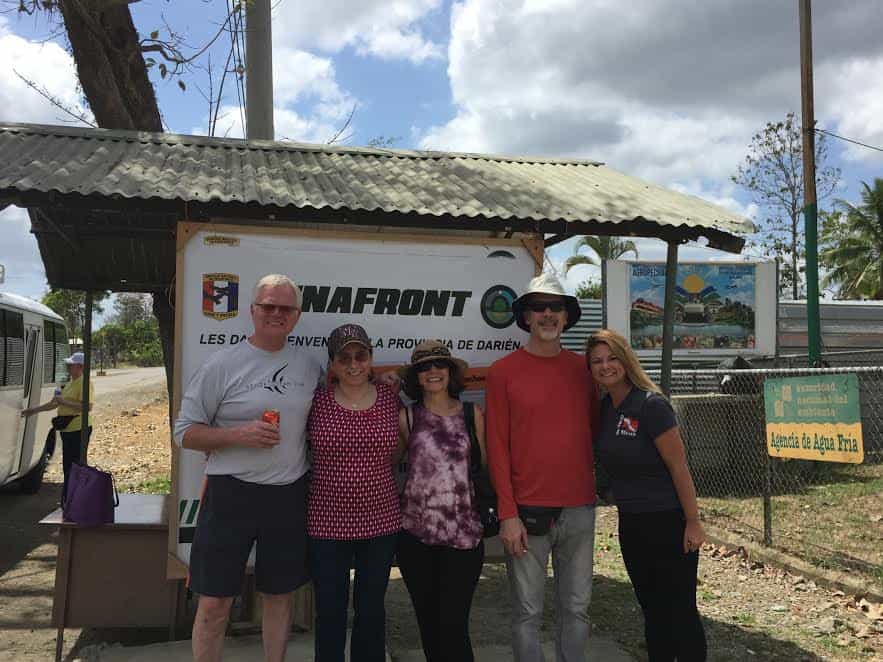 I went off the beaten path again this past Sunday.  And this time it was back to the Darien Province in Panama.

Inland Darien (yes, the U.S. Travel Advisory still advises against stepping foot there) is not a popular destination for most tourists and expats.   The province is monitored by Senafront guards (border patrol) and there is not much out there…besides one of the most lucrative industries in the world: timber plantation.  This region is extremely well-known by farmers and forestry engineers (but not by many others) because of its perfect climate and rich soil for growing teak & mahogany. So, this time I thought it would be fun to bring along 11 of my friends and peers.

Our goal during this expedition was not just to go on a joy ride into the jungle, but ultimately to walk through Hardwood Unlimited’s teak plantation located just a couple miles after crossing into the Darien.   I had done the trip on multiple occasions, usually without a hitch… 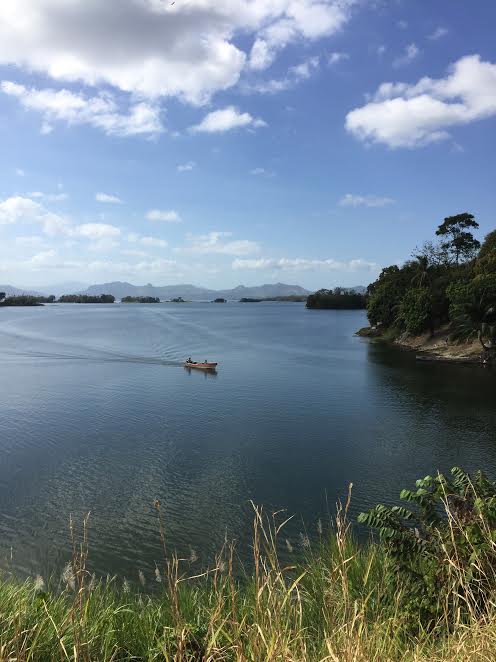 Passing from the Panamá Province (where Panama City is located) into the Darien is an interesting experience.  The Pan-American highway heading east, believe it or not, is nicely paved (much better than many of the streets in New Orleans where I live), making the ride smooth and enjoyable.  The journey takes about 3.5 hours from downtown Panama City but can vary depending on how many cattle trucks you’re stuck behind.  This time the road was quiet and the views were abundant.

The journey, while a bit lengthy, went quickly – mostly due to the great company and the incredible scenery.  One of the most breathtaking points of interest we stopped at was Lake Bayano, a large reservoir that was dammed in 1976 and serves as the second largest source of power in the country.   It is also home to the indigenous Kuna Yala community.  Their hand-dug canoes lined the edge of the shores, and the thatched-roof huts dotted the hilly tree line.  It was remarkable to witness this remote community in contrast to the rest of modern civilization.

Upon arriving to the Darien border, the Senafront guards checked our passports to make sure we all entered the country legally.  (Great photo opportunity!)  Because of the lack of tourist activities in the Darien, they were curious as to why a bus of gringos was crossing the province border and when we were planning on returning. Despite previous tour groups talking about pitching a tent at the teak farm, this group wanted to return to the city the same day.  So that’s what we told the guards.

After receiving a nod of approval, we boarded the bus and headed to the farm.  This is when the road became a little rougher, but luckily the trees were a quick couple of miles down the way.  Not too sure how far into the farm we wanted to walk, we geared up with some sunscreen and extra cold beverages.  And about 20 minutes in…that’s when we heard it.

What sounded like a whale belching, the noise came from a howler monkey – a small 1.5-foot-tall creature that was an extremely unexpected sight.  It was loud and echoed throughout the forest. 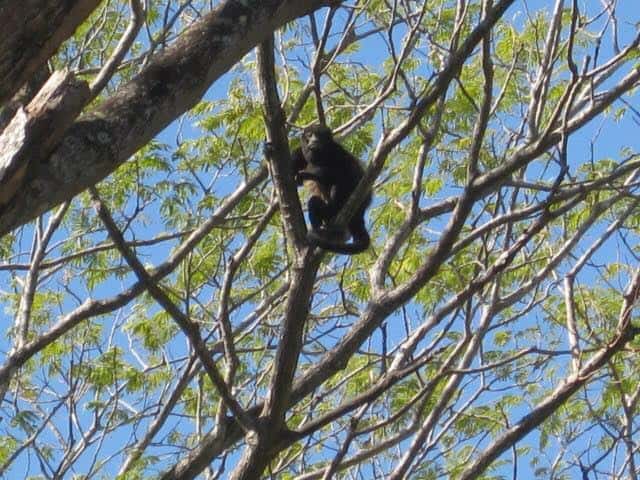 At this point, our mission switched gears.  Instinctively, one couple went speed-walking to locate more monkeys.  The rest of us raced to the bus, and Eric (our bus driver Eric, not Eric that I was stranded with last time) guided us towards the best spot to view them.  Voila!  There they were, four little black creatures looking down at us as inquisitively as we were looking up at them.

Cameras came out of everyone’s pockets and bags, and our goal became who could get the best shot.  They were sneaky little things, hiding behind the branches and trunks as we got closer.  But thanks to some patient folks, we got some good pictures!  (Erica, thanks for the great photo!).

After playing a few games of hide-and-go-seek with the monkeys, and getting a good report on the teak (Mike & other teak owners reading this, they are still growing!), we decided it was time for lunch and hopped back on the bus.

It was an exciting day in the Darien and a journey that most folks who visit Panama don’t have the chance to experience.  If you’re heading to Panama sometime soon and want to check out the Darien, be sure to let me know when you’re in town!  Not promising anything, but a couple of trips ago we did help a sloth cross the road…

P.S.  Did you know?  The Pan-American highway does not go all the way through to Colombia.  It stops, for various reasons, about 30 miles before the Colombian border at a town called Yaviza.  The main reason for this is that the terrain between the two regions is extremely mountainous, and there is little modern civilization.   Want to re-live the Motorcycle Diaries?  You’ll need to take a boat + your motorcycle from Puerto Obaldia (Panama) to Capurgana (Colombia) to Turbo  (Colombia) to your desired Colombian destination.