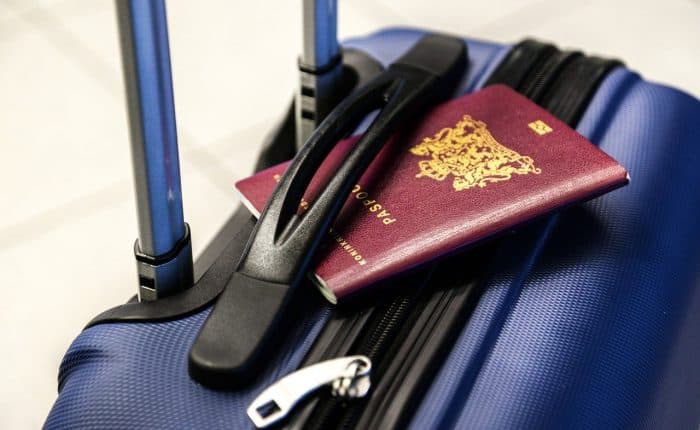 I should also point out that Americans value (or, more properly put, utilize) a second passport different than those from countries such as China and India. We Americans already have a top tier passport. So, we’re looking for a backup travel document. One that will help us minimize taxes by maximizing the value of the Foreign Earned Income Exclusion. We also look to create an escape route should things go bad in our country.

What If Things Go Wrong in Your Country?

Those holding a passport from China and India are looking to gain citizenship in a country that will improve their current travel capabilities. They want to buy the most powerful passport around the world that they can afford to gain access to more countries. To make it easier to travel for business and leisure.

If you are an American, you will find that obtaining a second passport is not that complicated. For the most part, all you have to do is secure an investment in real estate or some foundation and you are given a residency or a second passport in that country.

I am talking about most countries in the Caribbean and in certain countries in Europe. Still, if you turn the tables you will see that the United States is one of the hardest passports to obtain if you are from another country.

Here are some of the most powerful passports around the world.  Also, being an expat has its advantages.  Read this article for more help.

Japan tops the list of the most powerful passports because its holders can travel to 189 countries without a visa. This is impressive indeed since there are only 218 countries in the world. Japan has reached first place because of the great work its governments have done to promote international agreements between themselves and other countries. 40 visa agreements with foreign countries have been signed since just the beginning of the year.

Singapore is tied with Japan in the number of countries you can travel without a visa. Both of these countries reached number one when they received access to enter Uzbekistan visa-free making them both the number one on the list and knocking Germany from first place.

Germany held the first place in the list of the countries with the most powerful passports since 2013 but was recently knocked by Japan and Singapore. Despite this, a German passport still has a strong presence. It can gain you a visa-free entrance to 188 countries around the world.

A passport from Sweden can grant you visa-free access to 187 countries which means that the residents of this Nordic country get cheap and hassle-free international travel. Sweden also has one of the easiest borders to navigate through.

Schengen Area countries traditionally are on the top of the list because of their open access to travel in Europe. This includes Austria, Belgium, Czech Republic, Denmark, Estonia, Finland, France, Germany, Greece, Hungary, Iceland, Italy, Latvia, Liechtenstein, Lithuania, Luxembourg, Malta, Netherlands, Norway, Poland, Portugal, Slovakia, Slovenia, Spain, Sweden, and Switzerland. Most of these nations have visa-free access to about 180 countries.

The United Kingdom has a very strong passport. They even lead the list along with Germany in 2015 but lost the first place as Germany loosened its restrictions with other countries. It will be interesting to see how passport restrictions are regulated now that Brexit has been approved by parliament. The UK gives you visa-free access to 184 countries.

The British passport is 6th in terms of travel freedom and is tied with Belgium, Canada, Greece, Ireland, Norway, Switzerland and the US)

The small country of New Zealand is the highest-ranking country on the list that’s not in Europe, Singapore, North America. If you have a New Zealand passport you can travel to 180 countries without the need for an additional visa.

The countries on the bottom of the list include Afghanistan with 25 and Iraq with only 27 free visa countries. Somalia with 31 and Syria with just 29 countries. The vast majority of second passports purchased around the world are for citizens of China who get access to 71 countries and territories, ranking the Chinese passport 72st in terms of travel freedom.

I hope you’ve found this article on Most Powerful Passports Worldwide for Visa-Free Access to be helpful. For more information, or for assistance with any second passport program, please contact us at mt@mikkelthorup.com. Thank you. He’ll be happy to assist you with a second passport from any country in the world.