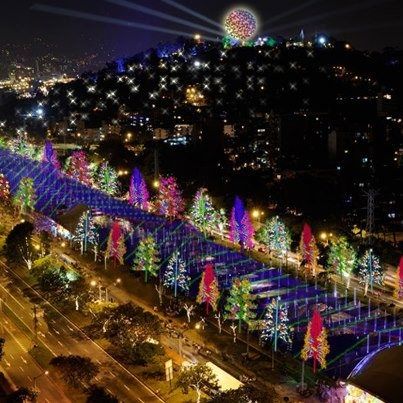 The National Geographic lists Medellin as one of the top 10  cities in the world to view Christmas lights –  and for 2014  the city, once again has gone over the top with their display. This year they have used 30 million LED lights and over 800 kilometers of lighting tubes with LED lights. Add into this 11 tons of foil paper and 170 tons of steel and you have an incredible presentation. All of this was carefully planned to respect the environment and be a sustainable project with energy saving lights.  For 2014,  there were 331 artisans involved in the construction of the displays, many who are single mother/heads of households. This year for the first time in 50 years, local residents were able to present proposals for the displays and there were over 1500 to choose from.

The lights diplays were designed to tell a Christmas story. One that honour the values that we need as a society to build peace and coexistence . The prinicpal character is Paloma, a small explorer, who is searching for the most beautiful values of life.  He will journey through five pavilions in his search ; hope, forgiveness, tranquility, tolerance and love. These values upon reaching his  heart  will strengthen and radiate out  to approximately 100 points in the city; the corridor of the Medellín River, the neighborhood parks, roads and main streets and districts of AltaVista, Palmitas, San Antonio de Prado, San Cristobal and Santa Elena. 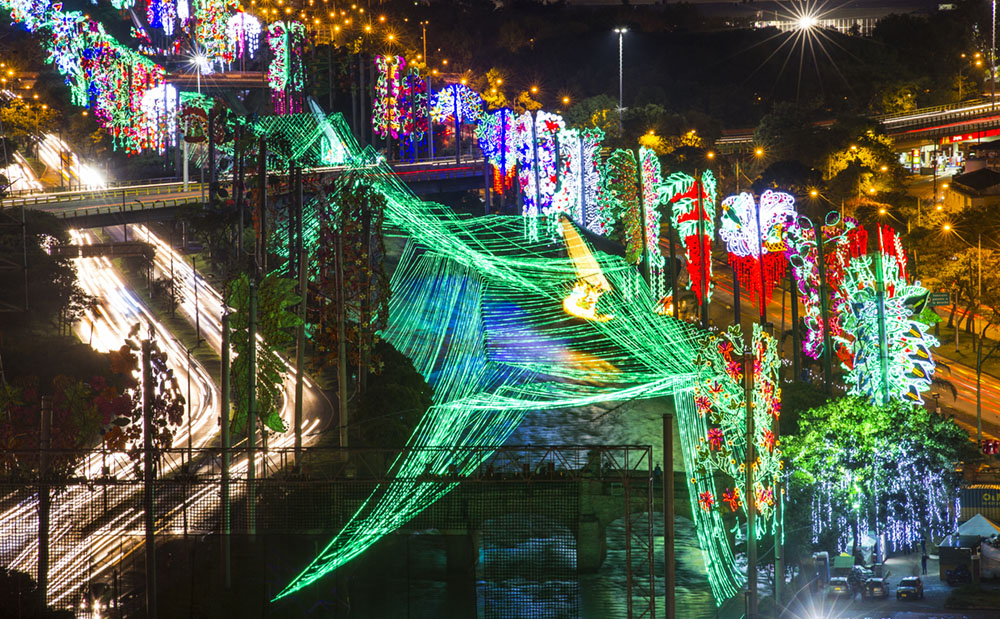 Between Barefoot Park – Pies Descalzos and the EPM building will be the Boulevard of Inspiration. This will celebrate the works, ideas and lives of Mahatma Ghandi, Martin Luther King, Mother Teresa and Nelson Mandela, among other local heroes.

You can also see lights in the following communities that were winners of the local utilities company, EPM´s contest, ´Let´s light up the happiness´.

Is a Newly Developed Townhouse Right for You?