Oh No, I Lost My Passport at the Airport! - Escape Artist

It was less than an hour before departure. 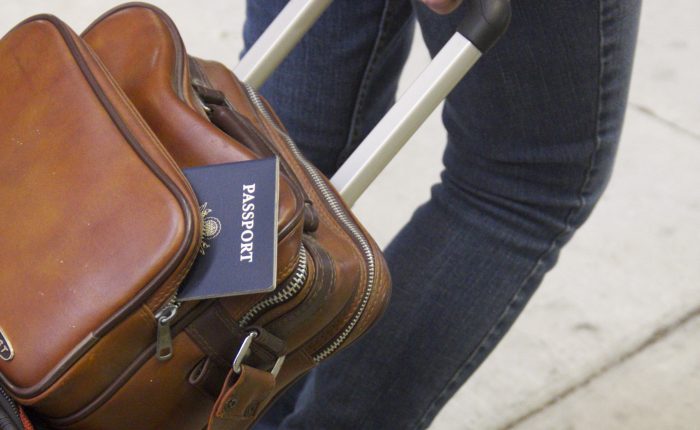 Rushing to the Gate, Where is My Passport?

The benefits of international travel are numerous and varied.  There are few travel nightmares more terrifying than losing your passport at the airport.  After all, it’s virtually impossible to return home without it.

While losing your passport at the airport may seem implausible, anything can happen. Especially during the multi-stages of international travel in the modern era.

When we travel, my wife is the organized one.  We adhere to a schedule and arrive at the airport the suggested 3 hours prior to international travel.  This way we transition through the stages with adequate time to spare.

Once through security and on the way to the gate, I am pleasantly reminded several times not to lose my passport or boarding pass.  It is a system that has worked for us for years, and what can go wrong?

On a recent trip, my organized wife had the experience of losing her passport in transition, between the security point and the boarding gate.

The nice thing about getting to the airport early is, it helps the organized person stay relaxed while allowing others in the party to go with the flow while trying not to get lost or misplace documents.

On this trip, we flew back to the U.S. out of London, Heathrow Airport.  Even though Heathrow is rather large and busy, 3 hours allows you plenty of time to get checked in, go through security, grab a snack, and do some shopping. 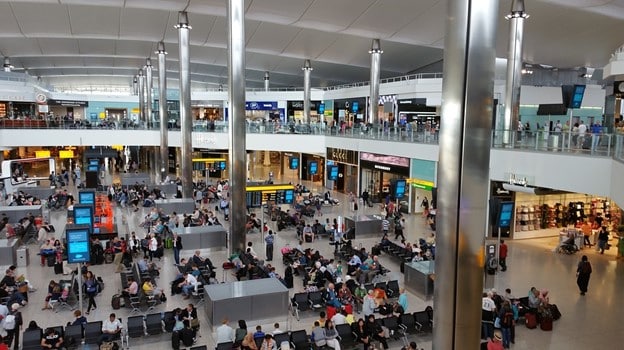 Heathrow Terminal 5 has over 50 stores to choose from, housing big fashion brands through to quirky boutiques and technology stores, so everyone can enjoy shopping.

My wife can usually find something to buy, and this time she got a trove of free samples just as the time came to head to the gate.

It is important to note that every time you pull out your passport, you run the risk of dropping it, leaving it behind, or putting it back in the wrong spot. 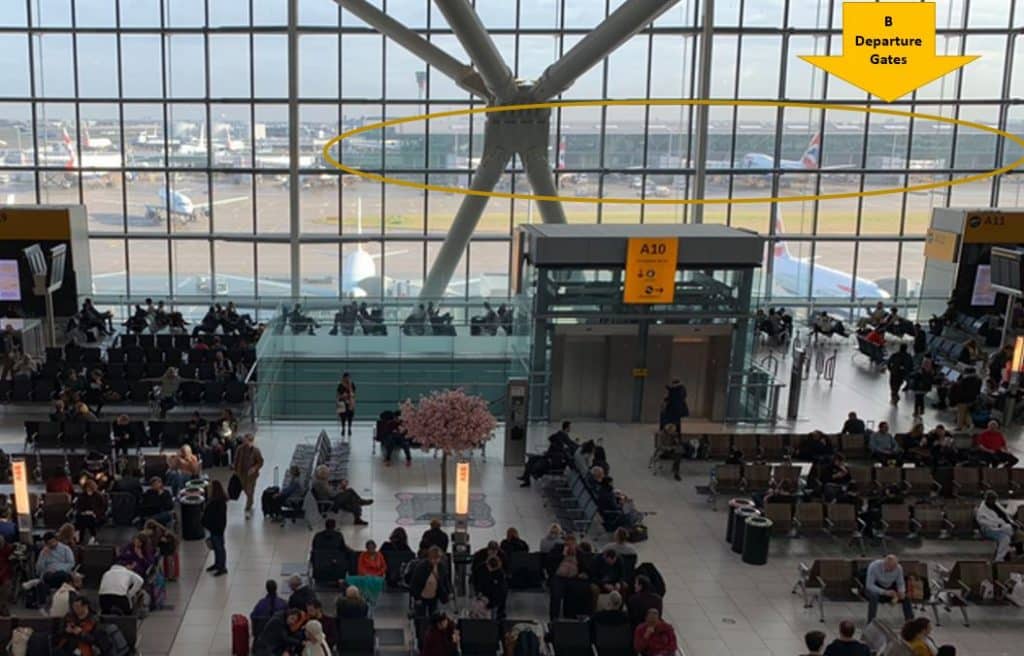 Terminal 5 in Heathrow is expansive.  Looking at the departure board, we had to take the train from Terminal 5 out to our departure gate.  Just one more quick step and we would be at our gate with enough time to grab a bottle of water.

So, with passports, carry-on luggage, and shopping bags in hand, we hopped on the train to take us to departure gate B33.   The train was not full, so my wife found it easy to find the “perfect seat” to relax, and have easy access out of the train upon arrival. 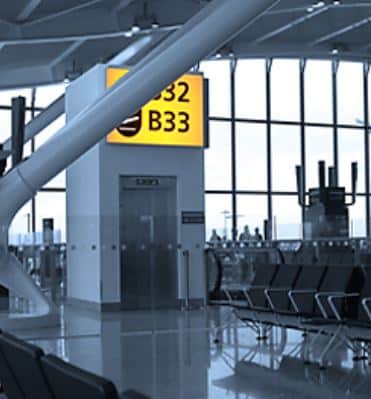 After walking through the airport steering our rolling carry-on luggage , it was nice to sit for a few short minutes.  Taking the train is so much quicker than walking.

The train ride was brief and uneventful.  The instant the train stopped, the doors opened.  My wife hopped out of her seat and followed the signs directing passengers to the gates on concourse B.  She was focused on getting to the departure gate B33, thus allowing the organized person a chance to relax.  I was just glad that I was able to get all of our rolling luggage and backpacks off the train and up the escalators.

Approaching departure gate B33, my wife realized that her passport was missing.  Panic set in, especially when we realized that the gate was  not open yet, so there were no airline employees to consult with at the gate.  We had no idea what to do except panic!  That wasn’t going to accomplish anything, so we started to backtrack our steps.  We headed back in the direction we came from, to the train, when we realized that the escalators only went in the up direction.  We found an elevator and headed down, only to end up getting off in a restricted area.  Bad for finding the passport, but great for finding a security guard.

We explained the situation to the guard.  He immediately got the search going by contacting several people via his radio!  He also let us know that losing a passport between security and departure gates happens more than people realize.  Seeing that we were still distressed, he shared that when a lost passport is found or turned in, security will look up the passenger and bring it to the departure gate.

The guard asked us to mentally retrace our steps, to the last time we knew we had the passport in hand, prior to getting on the train.  We told him the last location and he shared that information over the radio.  He then suggested that we head back to the departure gate to see if the gate staff was there.  That way we could begin the lost passport procedures with British Airways.

The last piece of advice that the guard shared with us was invaluable.  He explained that while we could retrace our steps to the train, we had to watch out where we were going, otherwise we could end up back outside security, and that would complicate everything.  He emphasized that if we did make it to the train, whatever you do, do not get back on the train, as it would eventually take us out of the secured area.

We rechecked our steps, finding more restricted areas, but still no passport.  So we headed back to the gate to see if it was staffed.

By now the flight was to depart in less than 60 minutes, so there was a full staff at the gate.  We immediately shared our situation with them.  The British Airways gate agents were great, they pulled us aside and committed one agent to help us out.

If You Lose Your Passport at an Airport Outside the US

The first step is to explain your situation to an airline representative at the counter.

And most importantly: Remain calm and courteous. Airline, security, and immigration employees are all more likely to help get you on your flight if you are being cooperative.

At that point, I am not so sure about the calm part, but we were very courteous and followed all the instructions.  The gate crew kept reassuring us that this happens more than you think, and it just takes time for the passport to be found.  But they were going to go on the assumption the passport wouldn’t be found in time, so the next appropriate steps were being taken.

Legitimacy is very important as the process becomes more complicated when flying abroad, as individual countries decide whether or not to allow travelers without identification.  We gave everything to our assigned gate agent.  He got on the phone and contacted the Homeland Security Office at Heathrow, and explained the situation.

NOTE:  Travelers who lose their IDs abroad should immediately contact the closest U.S. embassy for assistance in replacing their passports.

After all of the questions had been answered and processed, Homeland Security cleared my wife to board the plane with me to fly back.

We were told that while we were cleared to leave, we could run into an issue once we arrived.  We would probably have to go to an interview room, show our identification, the copy of passport, and have the record from Heathrow checked, to be allowed back into the country.  At least she was getting to leave the country; we could handle the inconvenience back home.

We thanked all of the gate agents at B33, especially the one that had been on the phone with Homeland Security.

We headed off to board the plane.  As we were headed down the jetway, our agent came running up to us and handed us the passport.  He said that it was found, and delivered to the gate just in time.

So, while we were very fortunate to have the passport returned, it did follow along the lines that we were told it would. 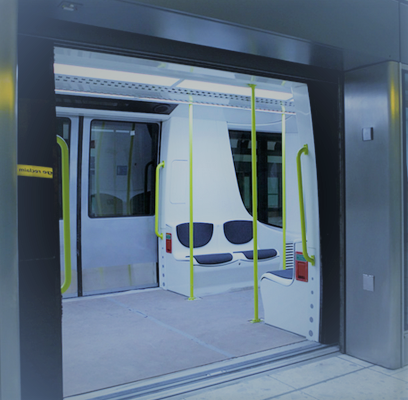 In hindsight, we figured out that the passport and sample bags were left on the train.

It is hard to know how soon it was found or turned in, and how far the passport had to travel to get back to the gate, but it sounds like it followed the usual procedures to be reunited with my wife.

Dual citizenship allows individuals the freedom to travel between .countries with relative ease.   If you are interested in exploring Dual Citizenship or Citizenship-by-Investment programs, reach out to us today!

Here are some other articles of interest:

Escape to Freedom #6: Freedom To Travel

Traveling To The United Kingdom For The First Time

Planning Your Trip Through Uruguay – Part 2