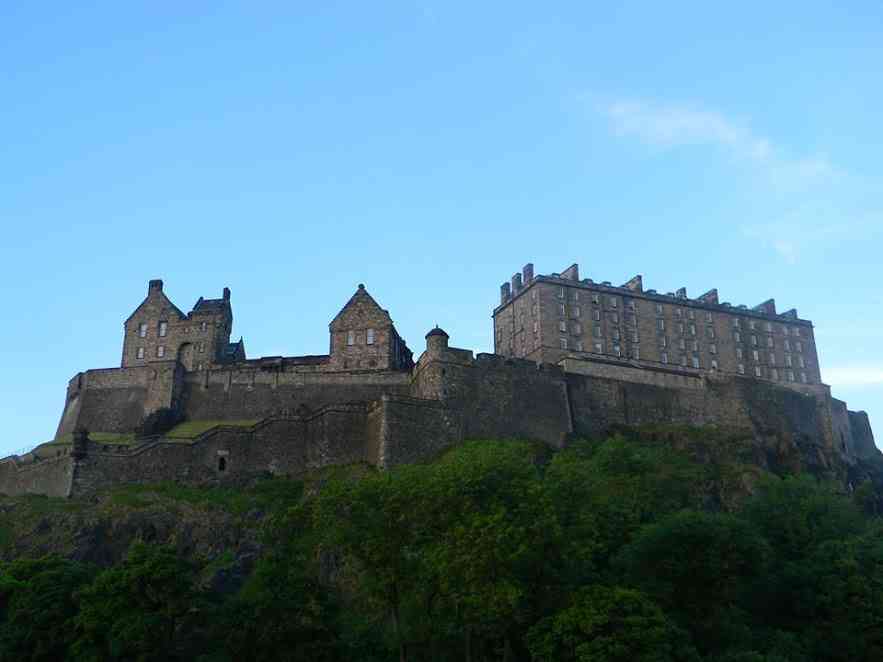 I came to here from my home town of Liverpool, taking up a job offer with the UK Coastguard. I love the sea views, the empty beaches and the wildlife literally on my doorstep. I left the Coastguard over a year ago, but plan to keep here as my home base. I have a nice old stone-built cottage, with sea views to the front and a loch (lake) on the rear, where I can go catch some trout for supper. There are sheep and cattle in the fields around me, and plenty of wild flowers along the roads and lanes.

The rabbits play happily around the sheep, though not if my cat has anything to do with it!   The natives are very friendly and so is everyone else, as we have quite a lot of incomers from other parts of the UK and beyond. The temperatures are not much to write home about, but the summer days are very long, though the winter nights are very long also! This is the most northerly part of the UK. I benefit from stepping out of the rat race, still belonging to and maintaining my UK links, whilst living fairly cheaply than most other places in the UK.

The Shetland Isles are the most northerly part of the UK, lying approx. 150 miles NE of the northern mainland of Scotland. Do not confuse them with the Orkney Isles, which are a separate group lying just to the north of the northern mainland of Scotland. Our nearest landmass is Norway to the east, separated by the North Sea, with Bergen our nearest town. To the west is the North Atlantic Ocean, with the Faeroe Islands approx.150 miles to the NNW. We are on the same latitude as Northern Labrador, Canada, and the southern tip of Greenland. The main island is simply called Mainland, where the old capital Scalloway and the new capital Lerwick house at least half of the population. The larger islands of Unst, Yell, Fetlar, Whalsay, West Burra Isles and Bressay are well populated, with the smaller islands of Papa Stour, Out Skerries, Fair Isle, Foula and Vaila having a smaller contingent.

Visitors are easily mislead about the Isles’ size; we blame the TV weather, which often shows Shetland as a tiny island in a tiny box in the corner of your TV screen. The locals got their own back by producing a T-shirt depicting the UK as a tiny island in a tiny box alongside a much larger map of Shetland. UK road maps must also be blamed, as they often depict Orkney and Shetland together on one page. The visitor is easily misled, when comparing the size of Shetland on an UK or World map.

In fact, we are approx. 100 miles from north to south, which will take you half a day to travel by car and ferry. We have approx. 85 miles of good roads on Mainland Island itself. Being surrounded by water on all sides, you can never be more the three miles from it, so sea views are plentiful from most locations.

We have no mountains! Plenty of hills though, often dropping down to sea level. The coastline is rugged but beautiful, often interspersed with remote sandy beaches, especially on the West Side. The finest Tombolo in Europe is located at St Ninian’s Isle, consisting of a breakwater of shell sand which allows access to this beautiful historic isle populated by sheep.

Thousands of years ago there was tropical forest, which is evidenced by the amount of peat and peaty soil found here. Peat is basically an early stage of coal making, which can be burned, giving off a beautiful aroma you will never forget. So there is plenty of farmland here, especially down the south end. The landscape is more rocky and barren as you head further north, with the northern island of Unst known locally as the rock garden.

The water is safe to drink and has a nice taste. Some houses have their own spring. Most have it piped in from a local loch (lake) via a water treatment plant. In Lerwick they have a large reservoir, from which the North of Scotland Water Authority (NOSWA) plan to supply all homes on the Shetland Mainland. In Lerwick you can get the distinctive chlorine smell and taste in your tap water, which NOSWA use to purify the water. We have plenty of the stuff up here; to my knowledge we have never had water shortages (which are getting frequently common during summers in the south of England), though a few years back one of the smaller isles on the east side had to get their loch topped up from Lerwick using a road tanker on the ferry.

In Lerwick and Scalloway most houses have their human waste products piped to a local sewage treatment plant. Outside these areas you will find a septic tank linked to one or more houses. These often need emptying about once per year, depending on what you put in them! NOSWA will do this for a small fee.

If you plan to visit here, then do certainly visit during our summer months, but you must also visit in our winter months, to get a “real” feel of what living here throughout the years entails. Most who visit here usually return, and those who leave often regret it! You’ll either grow to love it here, or hate it; there’s no in between. I’m definitely of the former!

Excerpted and adapted from “Living in the Shetland Islands” by Paul Kelly in Escape From America Magazine, Issue 16