Living Abroad with Children: It’s Easier Than You Think! - Part 2

Living Abroad with Children: It’s Easier Than You Think! – Part 2 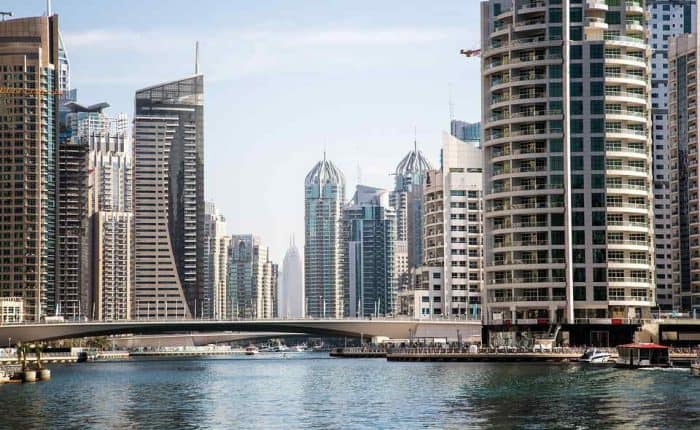 Ignorance, I found, is one of the biggest causes of fear.  Many Americans think of the Middle East as a desert filled with American-hating Muslims where women are treated as second-class citizens.  I have to admit that before my husband applied for the position in Dubai (He teaches English Literature at an Emirati university.) I shared some of these misconceptions.  Once I did some research, however, I realized that the public perception was wrong.  The internet is an excellent tool for such research.  I found several websites with information and pictures of the UAE, Dubai in particular.  I encouraged my family and friends to visit these websites and sent my mother a packet of information on Dubai.  Everything I read promised that Dubai was a beautiful, cosmopolitan, welcoming city.  All of this is true.

Dubai is the perfect mix of old and new, with modern buildings rising over ancient forts, a number of traditional souks, and many beautiful mosques.  The city is green year-round with carefully landscaped parks and public areas.  Within fifteen minutes I can be lying on the beach—the Arabian Gulf—or driving through the desert where camels graze by the road.  Anything you need or want can be found in the numerous shopping malls, supermarkets, furniture stores and souks—Kellogg’s corn flakes, the latest Beck CD, Levis 501s, Pashmina shawls, Sony laptops, Pampers.  The diverse population is friendly, especially to children.  The parks, beaches, play centers and festivals make children a serious priority, affirming the importance of family in Arabic culture.

Dubai is said to be the most tolerant city in the Middle East.  In the UAE, unlike some other Arabic countries such as Saudi Arabia, women can drive, ride bicycles, and wear whatever clothing they choose.  It’s sometimes easy to forget that we’re living in a foreign country.  English is spoken everywhere and signs, menus, and instructions appear in both Arabic and English.  At the same time, walking through the souks, or down the streets of Al Satwa, one hears the diverse lilts of Urdu, Bengali, Hindi, Farsi, Tagalog and Malayalam.  I had originally intended to learn Arabic, but have now abandoned the idea.

English is spoken virtually everywhere.  In places where no one speaks English, a few key words and gestures almost always work.  I have ordered my dinner in Tokyo by taking the waitress out front and pointing at a plastic model in the restaurant window.  My husband successfully directed the taxi driver to the American air base near our apartment in Korea by making an airplane with his hand (with accompanying noises).  Living in Dubai is much easier than the Far East.  Compared to Korea, Dubai is incredibly Western and accommodating. The city encourages tourism and is set up for maximum enjoyment.

Although Dubai is fairly liberal, it still adheres to Islamic tradition.  During the month-long Ramadan, adults are not allowed to eat or drink in public during sunlight hours.  Children are excused, but friends have received disapproving stares for feeding their children in parks or shopping malls during the day.  Another custom regards alcohol.  A liquor license is required to purchase alcohol for home consumption.  Only non-Muslims can receive such a card.

Restaurants and bars in hotels and certain clubs are allowed to serve alcohol, so these are popular spots for both tourists and locals.  Alcohol, like pork, is haram—forbidden—for Muslims.

The government also controls video, DVD, CD, and book distribution.  Some movies and CDs will never make it through to Dubai consumers, while others will be censored.  We handle this somewhat limited selection by ordering from Amazon.  We place a large order and pay extra for International Express Mail.  Within a week the UPS man delivers right to our door.  This seems to be the quickest and easiest way to get through Customs.  Since DVDs and CDs are more expensive here, it’s also cheaper.

Successfully sending and receiving standard mail in the UAE has been a dubious process.  I mailed Christmas cards at the end of November that no one has received.  This laid-back attitude toward time drapes itself over the UAE.  This is true of many places outside of North America.  Getting things done by a certain time is just not as important as it is back home.  It can take some getting used to.  When we first moved in, I always seemed to be waiting around the apartment.  The carpet-installers, who were scheduled for 11:00 AM, arrived at 12:30, my daughter’s naptime.  The internet-jack-installers arrived at 9:00 AM instead of 9:45, and I was still in my pajamas.  Our custom-made curtains were ready a week late, and they were the wrong size.  I handled these problems by convincing myself that they’re mild annoyances which simply won’t matter next week, next month, next year.

Excerpted and adapted from “Living Abroad with Children: It’s Easier Than You Think!” by Maura Madigan in Escape From America Magazine, Issue 22.