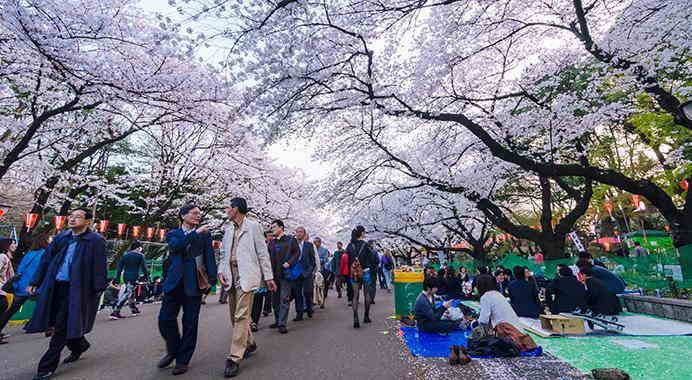 The Japanese passport has just been announced as the most powerful passport around the globe by the Henley Index. The Henley Index is a global ranking based on the travel freedom that citizens of each country have.

Japan has always been near the top of this list as their citizens are free to go just about anywhere in the world without a hassle. Making the Japanese passport a highly desired possession for travelers and investors alike.

Japanese citizens can travel visa free to 190 countries, passing Singapore who was tied on first place last year with the Asian Country. Japan advanced to the top of the list thanks to their new arrangement with Myanmar.

The Japanese passport is going to be hard to beat, as the government has made it their goal to improve their relationships with other countries. This is also a great way to promote citizens from around the globe to obtain a Japanese Passport.

Here are the top 10 Most Powerful Passports according to the Henley Index:

As you can see the list is pretty much the same, only a country or two making a difference on the travel list. What is also interesting to see is that only European and Asian countries feature on the list.

To put into context how powerful the Japanese passport is here is how it compares to other countries not on the top ten:

The United States does not appear in the list as its citizens can only travel visa free to 186 countries. The number is still impressive, but it is still a downgrade as only 3 years ago they occupied the first place.

Along with the United States, the United Kingdom shared the top spot three years with 186 visa free countries. The stricter immigration policies that the United Kingdom has adopted in the last years is probably a reason for their lack of improvement on this matter.

On the 22nd spot on the list is Mexico, upgrade from being on the 26th place last year. Mexico has remained steady for the most part as its interest is not entirely on facilitating travel to its visitors, but making it easier for other countries to come to Mexico. Mexico has become a hot destination for tourists all over their world bringing a lot of income into the country.

The easiest country for US citizens to get residency in is Panama, which improved from the 36th place to the 35th. All you need to do is invest $22,000 in Panama’s reforestation visa program to get residency.

One Caribbean country who made a big impression this year by jumping from the 36th place to the 31st is St. Lucia. Citizens of St.Lucia can travel visa free to 146 destinations. This is fantastic for Americans who hold a second passport in St. Lucia.

Making an improvement this year, but still down on the list compared to most countries is India. India ranked 87th in 2017 and currently ranks in the 81st spot. The more than one billion Indian citizens can travel to 60 destinations visa free.

Among the countries that had the most improvement from last year is China. China moved a staggering 14 places from 2017 and I expect them to continue moving high on the list. They are still down as opposed to the top countries occupying the 71st spot on the list with only 74 visa free destinations, but they look to continue improving.

When citizens of China and India look for a second passport, they focus on the number of visa free options. They tend to buy a passport from St. Lucia or a similar country. Conversely, US citizens are usually looking for a backup travel document or to get a second residency for tax purposes. For us gringos, Panama is a great deal.

I hope you’ve found this article on the Henley Index passport ranking to be helpful. For more information, or for assistance with residency in Belize or elsewhere, please contact us below by filling out the form, Thank you.

Are You Ready to Retire Abroad?