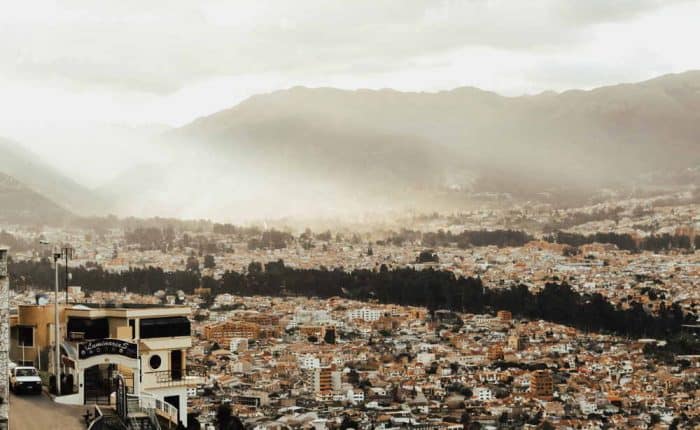 Let’s be candid. If you are thinking of a global relocation anywhere in the world, the issue of crime and safety will be on your mind.  Almost every “home country” will have tales about “the crime that occurs over there,” with little thought often given to the crime that occurs around the corner.  The point is that crime is relative.  The same, for example, U.S. State Department brief that provides dire warnings of travel globally, often fails to consider how that same report might read if drafted about the City of Chicago, the current murder capitol of the USA and, yet, one of the world’s most popular tourism cities.  In the end, it is all relative and this leads us to the question, is Ecuador safe ?

By almost every measure of comparative statistical crime analysis, the simple answer is…very safe.  Keep in mind that each crime stat comparative study treats data differently.  There can often be contradictions across studies covering the same crime subject matter.  Still, let’s start with a general overview.

In one of the most exhaustive and diverse global crime studies, the “Crime Per-Capita World Rankings”, the country of Ecuador does not even appear in the “Top 100” crimes per capita nations listed.  This study is cumulative of all crime categories.  At the top of the list in the report is the USA, with the highest total global crime per capita.  The UK and Germany quickly round up the top 3 countries, with France and Russia coming in #4 and #5.  In South America, one immediately notes Argentina in at #15, Venezuela in at #34 and Peru in at #38, but, no Ecuador.

The Mexico based and globally respected Instituto de Seguridad, Justicia y Paz (The Institute for Security, Justice and Peace) conducted a 2012 study on the 50 most violent cities in the world.  Zero Ecuador cities appear on its dubious list.  The USA ranks in the study with New Orleans listed at #21, Detroit at #30, St. Louis at #43 and Baltimore at #48.  Again, this is solely violent crime per capita.  Proving the lack of bias in the report, the Institute’s home country of Mexico is listed on several occasions, with Juárez at #2, Acapulco at #4 and Torreón at #8.  In fact, a total of 5 Mexican cities are found in the top ten results. San Pedro Sula in Honduras is rated #1 and Maceío in Brazil round out the top 3.

Additionally, the United Nations Office on Drugs and Crime (UNODC) released its recent yearly analysis of assaults per capita, on a global basis, grouped regionally.  In South America, only Paraguay ranks lower than Ecuador in assaults per capita, although a lengthier, more historical analysis draws Bolivia into a dead heat tie with Ecuador for the second fewest assaults per capita (Paraguay retains its top ranking).

In fact, the UNODC also commented on Ecuador from the perspective of the entity’s core mandate – the drug trade.  According to UNODC, “Ecuador remains a country with no discernible incidence of drug crops, despite its location between drug producers…” Additionally, it is further noted, “The results to date show that Ecuador has taken positive steps that don’t allow these crops to have an impact on the country,” said Flavio Mirella, Ecuador and Peru’s representative to the UNODC.

Regardless of whether you look at an all-inclusive global crime study, a regional analysis, or a comparative study of specific crime categories, Ecuador ranks very well as a relatively low per-capita crime nation.  Even the more anecdotal data on Ecuador’s drug interdiction, offered by the UNODC, shows a nation that is relatively drug free and, hence, free of much of the criminal element that follows the drug trade.

Does this mean that Ecuador is free of crime? Of course not. As an example, there is one major crime category in which Ecuador does not excel.  In the important homicide category, Ecuador ranks middle of the road compared to other specific South American countries.  For example, while Brazil, Venezuela and Peru all have a higher homicide rate, countries such as Chile, Bolivia, Uruguay and even Argentina have a lower homicide rate.

Why does Ecuador “stick out” in this one sole violent category.  Any response is pure speculation.  However, one answer may be found in Ecuador’s propensity to often resolve family “blood feuds” with the hiring of “sicarios”. Sicarios are, quite literally, gunmen for hire.  While the stories one hears are often from central city newspapers, a closer look at the homicide by sicario data will show that on a per-capita basis, more homicides occur in rural areas, where families settle feuds in the way of the Hatfields and McCoys.  This could possibly explain this bizarre, single-category violent crime anomaly.

However, even within this sub-sector crime category, in which Ecuador does not fare as well as in all others, a comparative perspective is required.  Let’s look at Guayaquil, generally considered Ecuador’s most violent city, and the City of Chicago (my hometown), in the USA.  Data will be presented broken down to manageable, tangible numbers.

That really becomes the focal point for crime analysis.  All the statistics in the world will cease to exist, if you are personally victimized.  Psychological studies indicate that perception of crime, as opposed to statistical reality, is often driven by an individual’s personal life experience with crime.  As such, only each individual can perceive whether Ecuador is “safe enough” for them.  Factors such as different cities, different neighborhoods and an individuals personal lifestyle can significantly impact how likely they are to come face-to-face with crime, in Ecuador…or anywhere else.  Strolling down a back-alley at 4:00 AM, slightly inebriated, while visiting Guayaquil is more likely to make you a victim of crime, than an afternoon walk, down the vaunted Salinas Malecón (Boardwalk), where crime is near imperceptible.

At end of the day, is Ecuador safe?  Statistically…yes.  From my personal life perspective and observations, borne out of 25 years of doing business here regularly and having lived here full-time for more than 4 years…yes.  Still, nothing will replace your own personal safety observations and life experiences, like putting boots on the ground and visiting Ecuador.  Make your own observations and decisions.  I think most of you will be very pleasantly surprised.

Unique Things to Do while in Denmark

Pirates of the Pacific – Expats in Ecuador