IRS can prevent you from getting a passport - Escape Artist

IRS can prevent you from getting a passport 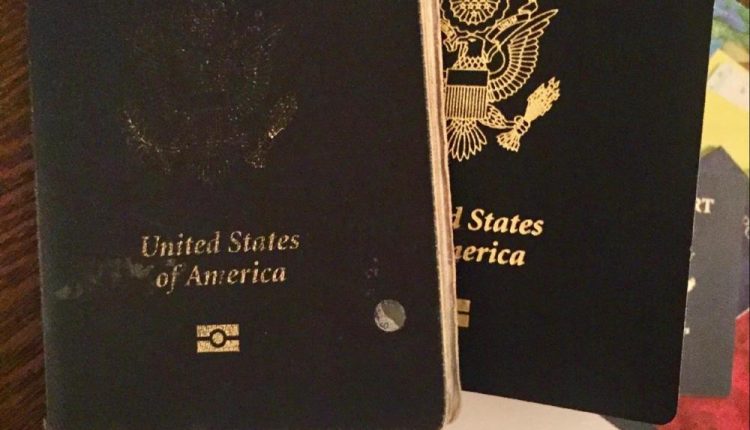 There has been a surge as of late of Americans investing and doing business in foreign countries. They see the potential of expanding their services to other countries to gain an advantage in today’s hyper competitive market. However, only those with clean tax records will be allowed to live and do business abroad!

A great number of countries promote foreign investment by offering residency or a second passport to well qualified high networth individuals. This sort of bilateral partnership between America and other foreign jurisdictions is generally helpful for both parties.

All of this foreign collaboration and foreign investment might change in the next couple of months. The IRS has released a statement in which they announced that they now have the authority to revoke the US passport of Americans living or doing business overseas.

The decree stated that any American citizen who has a debt of over $50,000 can have their passport taken away. This also applies to any American who has unfiled tax returns where the Service creates an automatic debt through a Substitute for Return.

If you owe the IRS, there are two ways to lose your passport: 1) the United States refuse to renew your passport, or 2) the US revokes your current passport. This will prevent American investors to continue their operations in foreign countries and travel altogether.

More than 2 years ago, during the presidency of Barack Obama, congress hid a tiny chapter in a massive $305 billion infrastructure bill called Revocation or Denial of Passport in Case of Certain Tax Delinquencies.

It was puzzling to many as everyone failed to see the parallels between a large infrastructure project and a bill that gives the IRS permission to revoke the passport of any American doing business in foreign territory.

In summary, what this bill did was to give the Internal Revenue Service complete control over your right to travel, work, live, invest, and conduct business in countries. Traveling outside of the United States is no longer a right, it’s a privilege conveyed upon those who have paid unto Caesar what he claims is owed.

What is most troublesome about this bill, besides the IRS having complete control over most aspects of your international financial activities, is that a tax debt of $50,000 is relatively small.

The $50,000 number includes all of the interests and penalties that come with a tax debt, so the real number that might put you on the list to get your passport revoked is much much lower. You will need to do a complete review of your financial statement to make sure you are not stepping close to this number.

If you’ve had a tax debt for a number of years, then it is fairly common for 75% of that amount to be from interests and penalties. And, for us expats, the standard penalty failing to file an FBAR starts at $10,000 and can reach as high as $100,000.

To Americans doing business overseas or setting up a foreign corporation $50,000 may not seem as much, but it is enough for the IRS to take away your passport.

And, if you haven’t filed for a few years, the IRA can easily create a tax debt by preparing Substitutes for Returns (SFRs) for you. They take whatever information is in their computers and guestimate a return.

And this is done with no consideration of expenses or offsetting costs. For example, let’s say you sold stock for $100,000 last year. You paid $110,000 for those shares and have held them for 3 years. Thus, you have a net loss if $10,000. Because no tax is due, you didn’t bother to file a return.

IRS computers will take the sale price and ignore the purchase price (basis) and holding period of those shares. They will create a tax return, and a corresponding tax debt, assuming these were short term gains of about $25,000. In a few short years, the debt will increase to $50,000 including interest and penalties and your passport will be gone.

Besides Americans who own foreign corporations and do business overseas, the larger community that is most affected by this are the Expats. Even though you’re an American who went to live to another country and haven’t set foot in the United States for decades, your passport is at risk.

Beginning on January 1,2015 all of your foreign bank accounts and income have been reported to the IRS under FATCA. This allows for the IRS to prepare SFRs, create debt under your name, and then revoke your passport.

It is highly important to have all of your papers in order if you decide to move out of the United States, because in many circumstances a failure to turn in a form can cause you to start generating debt.

To protect your “right” to travel or live abroad, you need either a second passport or a second residency. For example, you can buy a second passport from countries like St. Lucia for $125,000 or so that will give you excellent visa free travel options.

If you don’t have this kind of cash lying around, then you might consider Panama. Invest $22,000 into this country’s reforestation visa program and get residency in exchange. After 5 years of residency, you can apply for citizenship.

Starting A Business in Ecuador