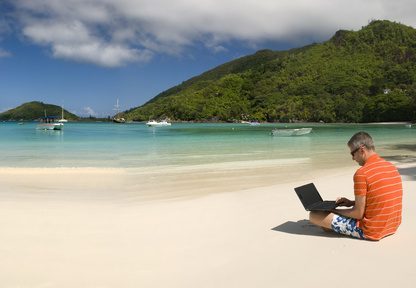 Netflix is, without a doubt, the premier online movie and television streaming platform of the decade.  With hit movies, television shows, and original programming, they’ve continued to grow their subscriber base and put a serious dent in traditional cable and satellite television subscriptions at the same time.  However, one of the annoying realities of Netflix, like many online streaming video services, is regional restrictions on content. In this guide, we’ll tell you about why these regional restrictions are in place, how Netflix determines where you are in the world, and how you can bypass that process to watch the U.S. version – or any country’s version – of Netflix even when you’re not physically in that country.

Why are There Regional Restrictions?

In a word: money.  In a lot more words, it’s related to licensing rights.  For most movies, TV shows, and related media, there are specific territorial or regional rights to which distributor(s) get which media when, and in what order.  It is almost always structured as a series of deals with different companies and distributors in different territories.

For movies, it is why movies may premiere in the U.S. one day, and not premiere in other territories for weeks or months.  It is the same reason why, in some cases, movies are available to purchase on DVD or Blu-Ray in some countries, but still in theaters in others.  It also has a lot to do with why it takes a long time, in many cases, for movies to make it to premium cable or satellite TV, or free/broadcast TV.  It’s all about money and maximizing the potential returns on any movie project.

The logic is similar with television shows, where foreign territory rights to a show are often negotiated and sold off to the highest bidder in each country or market territory.  Again, the dates of the premiere and where a series is at in its timeline can vary significantly as a result. Some shows premiering on British television in the fall of 2018, for example, won’t be available on an American premium channel until mid-2019.  Series that have already wrapped their runs and had finales in America might be 2 years or more behind in some other countries.

These are just the realities of the marketplace, and a legacy of how things have been sold and distributed in the days before streaming existed.  Netflix may be a large player, but to many media companies, they are just another distributor for content and have to sign and agree to the same contracts and deals as to territories and timing for most of the films and shows they acquire.

And of course, all of this is to say nothing for content that may be restricted for other reasons – ratings, actual censorship of certain content, varying local standards of decency, lack of subtitles to translate into the relevant local language, etc.  That can certainly come into play as well.

How Does Netflix Know Where I Am, Anyway?

Netflix, like many web-based services, can determine the location you are logging into the service or your account from based on your IP address.  IP (Internet Protocol) addresses are like a home address or phone number – they’re assigned by your ISP (Internet Service Provider), and in the majority of cases, are static – linked to your particular account with your ISP.  The ISP owns a block of IP addresses from the central authorities worldwide that manage them, and assign them to individual accounts.

Any IP address can then be used to geo-locate its origin point.  Depending on the level of detail and accuracy that the ISP records, your IP address can identify the city you are in, or sometimes just the general region or state.  So, it’s very easy for any website or online service provider to determine your location – at the very least on a country basis, if not down to a region, state, or city basis.  This process of geo-location is quite common – it’s also how a lot of local-specific ads are targeted on a number of sites and platforms.

Using a VPN to Change Your Location

So, if the above is clear, you’ll see that the key here is your IP address.  You can’t change your actual IP address (without changing ISPs), and even if you did, it would still geo-locate as your current country.  If you’re not in the U.S. (or some other country whose Netflix you want to see), changing your actual IP isn’t going to help. But we can make Netflix (and other websites and services) THINK you have a different IP, by routing your traffic through a VPN service.

VPNs, or Virtual Private Networks, are service providers that offer a client or app for you to download.  This usually requires a monthly subscription and account, though there are some that are free (with heavy restrictions).  A VPN client or app running in the background creates a virtual “tunnel” between your computer and the VPN server. It offers a lot of safety and security features, that are outside the scope of our work to view Netflix.  But, what’s important is that it routes the traffic to the VPN server, which then assigns it an IP address from the server’s pool, and pushes it on to the destination server. When a response comes back, it knows the IP address it assigned to you on that server and routes the traffic back to your real IP address and your computer.

Because VPN services have servers in multiple countries, you can use them to get around geo-restrictions on content.  No matter where you are, if you want to view U.S. Netflix, you just need to login to a VPN service and select a server based in the US.  Then, Netflix will think you are logging in from the U.S. and give you access to the U.S. Netflix catalog. The same holds true with any other country – so long as Netflix works there, and the VPN has a server there, you’re good to go!

A Note of Caution

It’s important to note, however, that Netflix takes active measures against VPN services to try to minimize this – it’s essential for them to be able to demonstrate to content owners that they are taking measures to enforce contract terms and regional restrictions.  So, a lot of VPN services CLAIM to be able to unblock Netflix, but some of their servers may get blocked periodically. It’s a never-ending war of the VPNs changing which IP addresses they use for Netflix access, and Netflix blocking them. The better VPN providers have tools that they include in their VPN package to help obscure that the traffic is coming from a VPN, and have more success keeping Netflix unblocking fully working.  Before you commit to a particular VPN service, be sure to check out the features they offer, and look at reviews online, to see how reliable or robust their Netflix unblocking really is. One of the ideal places to check out reviews on VPNs is Best VPN 24, which includes full details on all the top VPN providers and how they work with Netflix.

Here are a few additional articles that I know you’ll love:

What Skills are Essential to Becoming a Successful Freelance Writer?

How to Buy U.S. Products When You are Abroad