Getting Around in the Philippines - Escape Artist

Getting Around in the Philippines 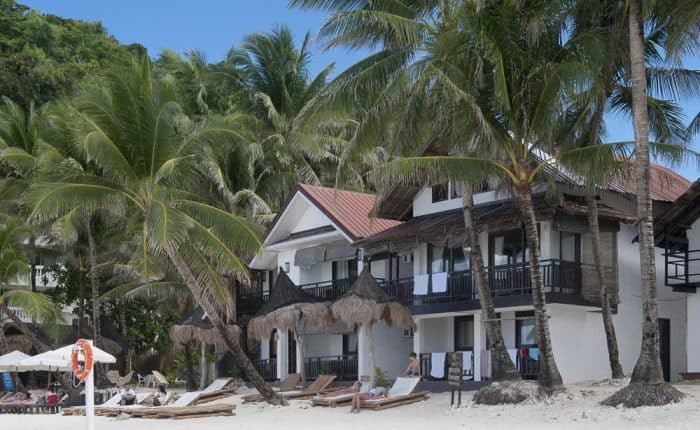 The quickest way to get around the country is on one of the three local airlines. You’ll find information on flight schedules, destinations, booking, and online ticketing on their websites:

And there are a few charter flights to island resorts not served by the above airlines.

If you prefer traveling by boat, try the roll-on-roll-off (RORO) ships between Manila or Batangas and the country’s major ports. To and from smaller islands, take fast sea crafts and other ferry services. Resorts also offer island hopping by banca (small, local boat), or fishermen and other locals offer their boats for hire.

The Visayas region in particular, has a robust network of inter-island boats. For commercial options, tickets are available through ticketing and travel agents. Schedules are published online and in some daily newspapers, but they change frequently, so it’s best to call ahead and check the latest timings.

It is possible to travel by air-conditioned bus from Manila to nearly all major destinations in Luzon, Visayas and Mindanao.

There is also a neglected National Railway that, sadly, only operates a train once an hour on a single line in Metro Manila, two trains from Calamba to Manila in the morning and two trains back to Calamba in the evening.

Within Metropolitan Manila, the Light Railway Transit (LRT) and Metro Rail Transport (MRT) used to be the fastest and most economical way to travel around the metropolis, but in the past 5-10 years the services have been suffered from poor maintenance and frequent breakdowns due to corruption scandals associated with maintenance contracts and the supply of new trains. These days long lines to buy tickets are common because few ticket machines are in working order, and the trains are crowded throughout the day because half of the rolling stock has been taken out of service due to lack of spare parts.

However, due to the heavy traffic congestion in many parts of the city, the LRT and MRT may still be the best option if you are heading to a destination within walking distance of one of the stations. Buy a ‘Beep’ stored value card to avoid queuing for tickets, and avoid traveling in the rush hours. Never carry valuables on the LRT or MRT and beware of pickpockets.

LRT Line 1 – Goes from Roosevelt Avenue in Quezon City in the north of the metropolis to Baclaran in Pasay City in the south.

LRT Line 2 – Goes from Recto Avenue in Manila City in the west of the metropolis to Santolan Station near SM Marikina in the east.

MRT Line 3 – Goes down the center of Epifanio de los Santos Avenue (EDSA), Metro Manila’s main arterial road, from North Avenue in the north to Taft Avenue in the south. Stations are located at major intersections including the main shopping districts of Ayala Avenue (Makati City), Ortigas, and Cubao.

If there are no LRT or MRT lines where you’re going, you can take a bus or metered taxi. However, the buses are frequently involved in accidents and are not the safest option.  Most buses have a conductor who will advise you of the fare payable for your destination. You’ll find taxis in most parts of Metro Manila, and they can usually be flagged down right where you’re standing, but Manila taxi drivers do not have a good reputation amongst expats. They frequently won’t use the meter or will demand an extra amount if the traffic is heavy. Many taxi drivers refuse to take passengers to some parts of the city.

A better option is to use a ride-sharing app such as Uber or Grab. These cars are cleaner and safer than taxis, and cost about the same in off-peak hours. In rush hour periods, expect to pay about double the taxi fare.

There are also air-conditioned white mini-vans called ‘UV Express’ that operate on fixed routes that cost less than half a taxi fare, but they can be crowded.

The cheapest option for getting around Manila aside from the LRT and MRT are the public utility jeepneys (PUJ) which also operate on fixed routes. The fare starts at 8 pesos for short distances. These can be difficult to use if you do not know the fare for the destination to which you are going because many jeepney drivers do not speak English very well and may not understand your accent. Alternatively you can ask other passengers what the fare will be. It’s likely that one or two will speak good English and chances are one of them will know the fare (or they can ask the driver for you). Once you know the fare, pass the cash to the nearest passenger you can reach on the driver’s side, and they will pass it along to the driver.

Jeepneys can be flagged down anywhere on their route. When you want the jeepney to stop, call out “para po” to the driver, and the vehicle will immediately stop to let you out.

For local travel around barangays or on city streets where there are no jeepneys plying, you will use a tricycle. These are more expensive than jeepneys and sometimes not much cheaper than taxis. The fares are fixed by the local barangay and there will be a price list displayed inside the tricycle. If you do not want to share the tricycle with other passengers you can ask for a ‘special journey’, and the driver will not stop to pick up other passengers. However, this will cost 2-3 times the normal fare.

Mexico is a Cryptocurrency Paradise