Get Your Kicks on Route 66 - Escape Artist

Get Your Kicks on Route 66 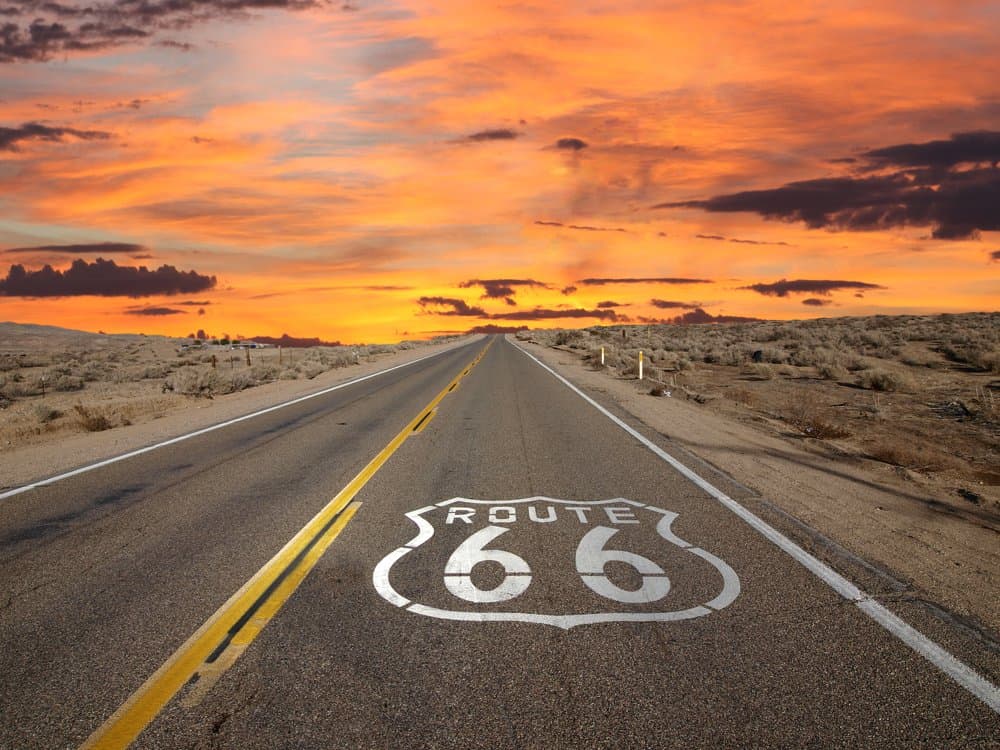 By so many others from Ray Charles to Chuck Berry many times since. Some consider John Mayer’s rendition (first video) the best rocker of all, recorded for the Disney movie Cars in 2006.

Reaching legendary status in the 1950s as America’s Main Street and The Mother Road, scores of funky eccentric places sprouted along the route to entice travelers to stop and visit… 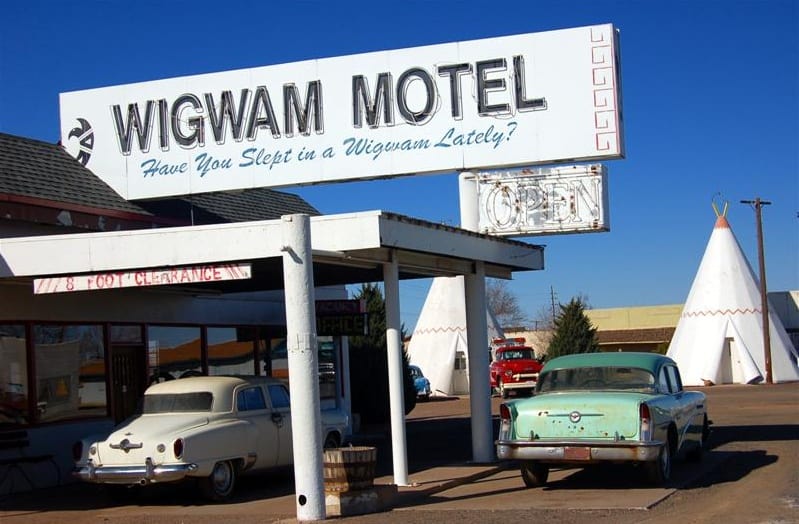 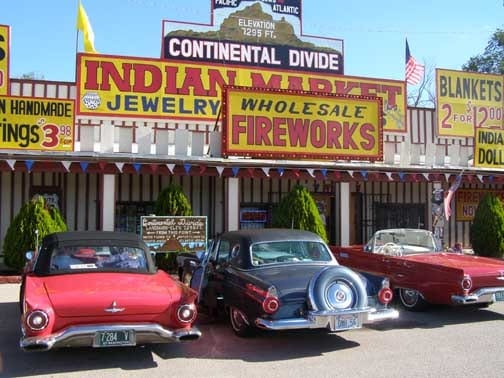 But, eventually, the inevitable happened – a combination of politics and progress that proved lethal to many of the small towns bypassed with road realignments and direct route improvements. By 1985, US 66 was formally decommissioned, replaced by segments of the new Interstate Highway system.

It was “Death by Interstate.” Vast stretches were abandoned and prosperous tourist stops like Two Guns Arizona, with its “Apache Death Cave,” became ghost towns. 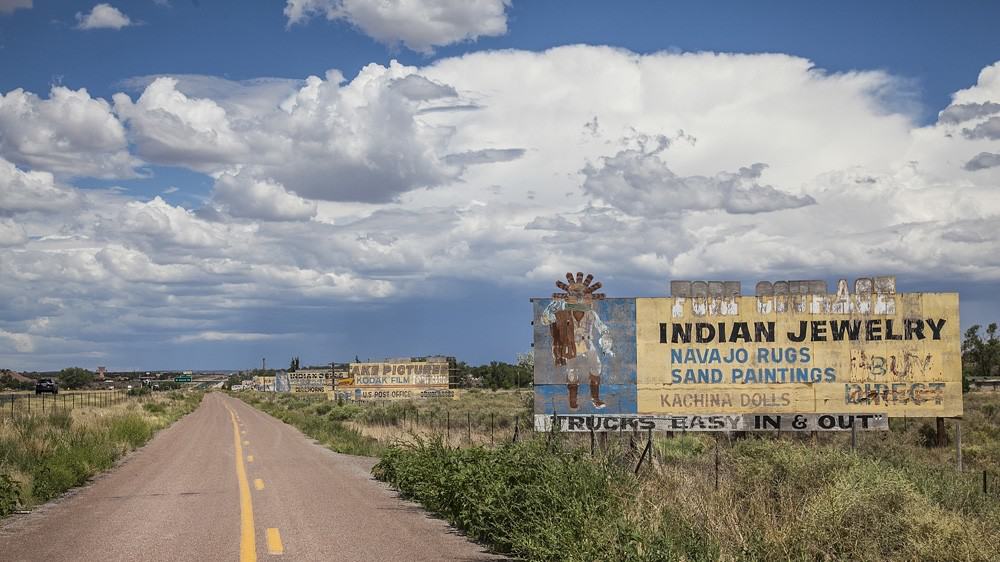 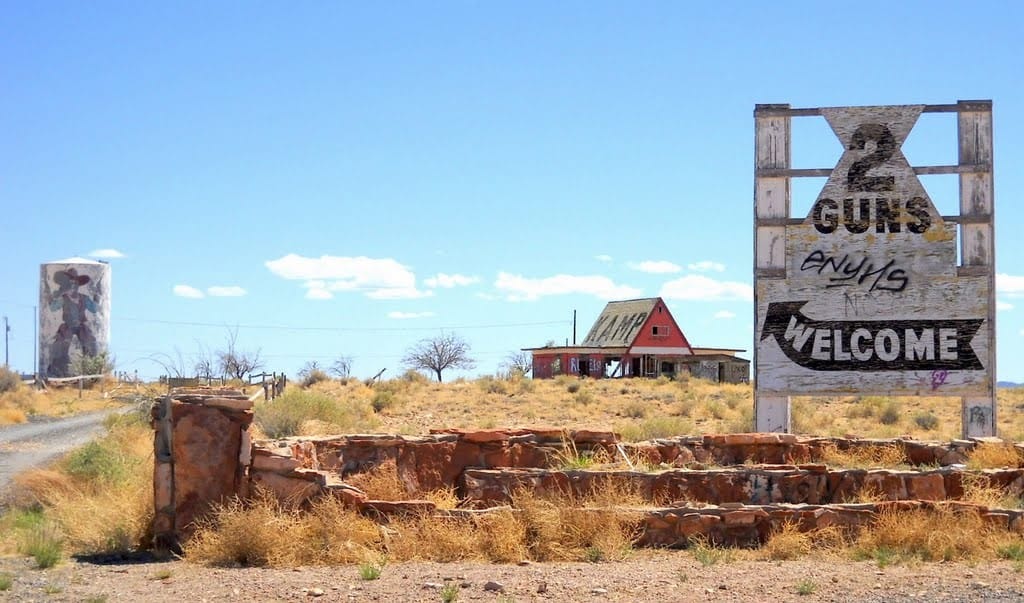 But Americans don’t take setbacks lying down. The first Route 66 Associations were organized in 1987. One by one, citizens in all eight states along the route formed an association to preserve and revitalize the original roadway: 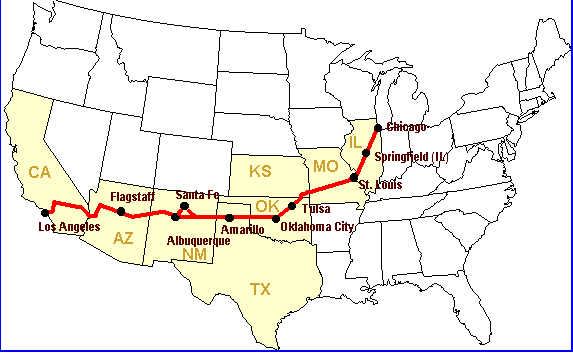 All eight then worked with the U.S. Department of Transportation to create “Historic Route 66,” administered by the U.S. National Park Service, which has designated 90 sites of National Heritage along the entire route from Chicago to LA.

This allowed many of those classically funky-eccentric places to be renovated and to flourish once again. You start in Chicago at Lou Mitchell’s Café. Have a world-famous corn dog at the Cozy Dog Drive-In, then visit the Abraham Lincoln Home in Springfield, Illinois.

Cross the Chain of Rocks Bridge over the Mississippi River to St Louis, Missouri. Then explore the spectacular Meramec Caverns once used as a hideout by America’s most famous outlaw, Jesse James. There’s a Jesse James Museum close by.

Cutting across the southwest corner of Kansas, be sure and stop at the famous Williams’ Store in Riverton, an inspiration for the Disney movie, Cars. And a visit to The Blue Whale near Tulsa, Oklahoma, is a must… 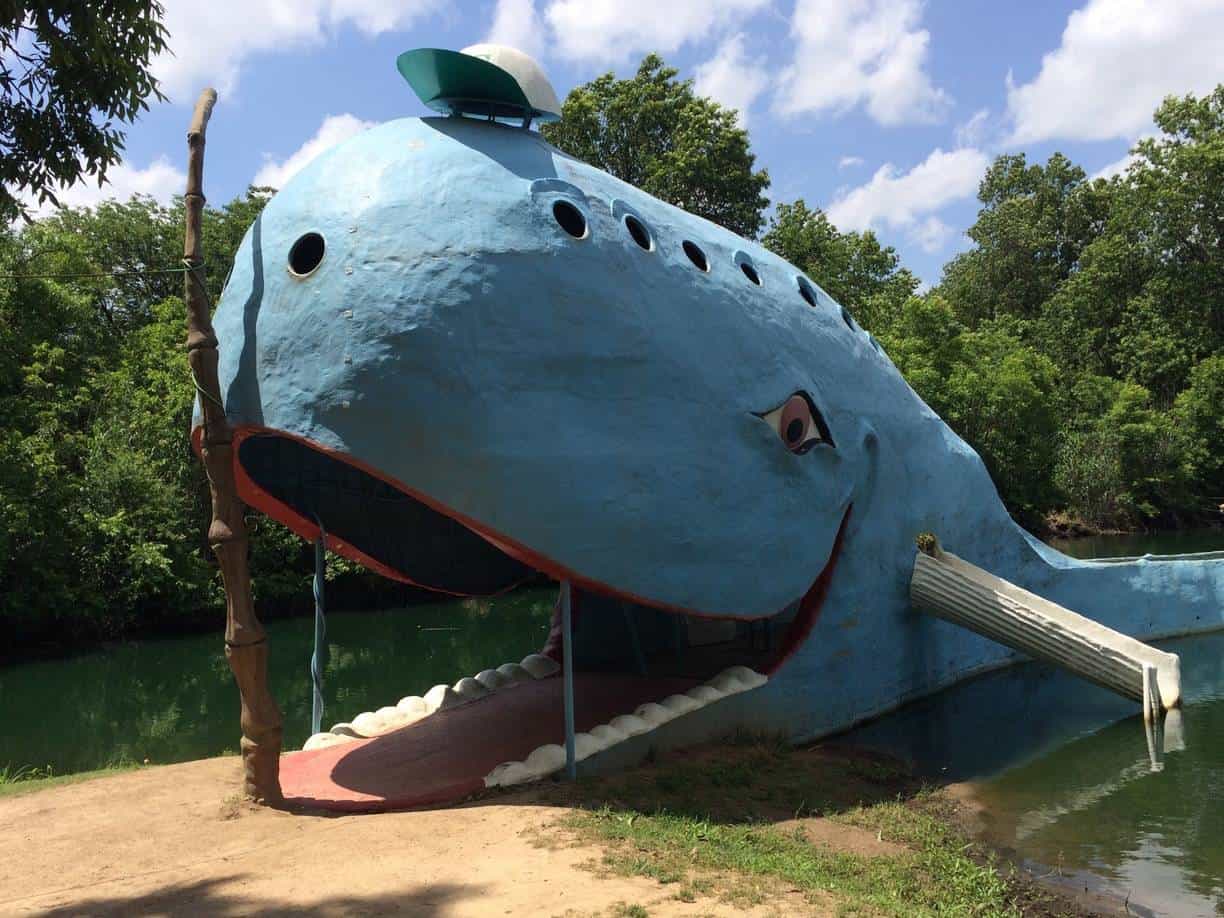 So is a visit to the U-Drop Inn in Shamrock, Texas, now fully restored to its former glory. And in Amarillo at the Big Texan Steak Ranch, if you can eat their entire world-famous 72-ounce steak, it’s free!

Of course, you’ll also marvel at the Cadillac Ranch:

Possibly the most well-known motel along Route 66 is the Blue Swallow Motel in Tucumcari, New Mexico – in full neon today. You have to stay there. While the entire Old Town of Albuquerque is preserved for Route 66 icons, you’ll also need to detour up to Santa Fe.

In Arizona, a must-stay is at the legendary Wigwam Village Motel #6 at Holbrook, which is also the gateway to the extraordinary Painted Desert and Petrified Forest.

After Flagstaff, Historic Route 66 continues straight to Needles, California. But most travelers today can’t pass up detouring to the Grand Canyon, then on to Las Vegas – hard to pass that up. Then it’s down to join 66 at Barstow and on to LA.

What’s been mentioned and linked to here is only a sample fraction of the scores of interesting and fun places along what has now become the world’s most famous road.

It’s easier for Americans to do-it-yourself with their own car, even taking it in sections over a few years. But the World’s Ultimate Road Trip should be appropriately completed in one go, Chicago to LA. I’m looking forward to doing it myself someday, as I’ve only been over different sections at different times.

If you’re ready to roll, friends of mine in Europe are organizing a group to do just that – Chicago to LA via Historic Route 66, in 16 days at the end of August. It’s primarily for Europeans, but everybody’s welcome. They provide the rental cars, hotels, meals, and visits to the famous stopovers.

Here is where you can get the info on The USA Route 66 Expedition.

One way or the other, once in your life, you have to Get Your Kicks on Route 66.

A Real Account of Living and Working in Paris