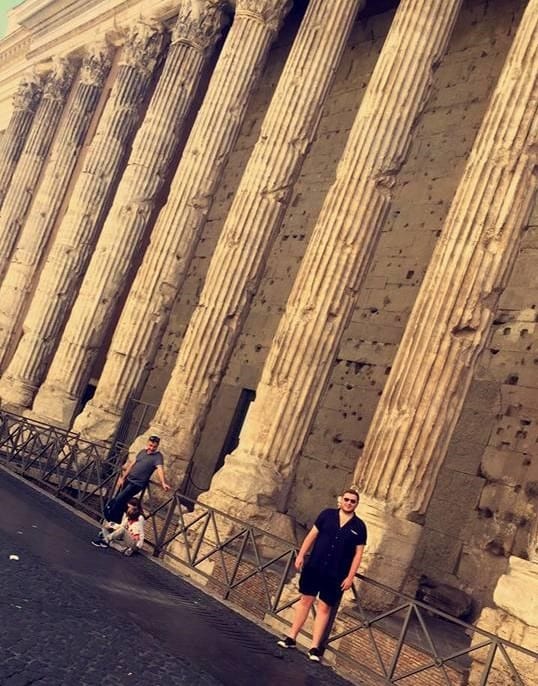 A heady mix of haunting ruins, breathtaking art, and vivacious street life, Italy’s hot-blooded capital is one of the world’s most romantic and stimulating cities.

Towards the end of August, all of Italy and its surrounds has usually hit its peak in relation to temperature – and that means September frequently has magnificently hot days followed by cool nights. In the latter half of the month, it even starts to feel quite like autumn, and it’s not unheard of for there to be fleeting rainstorms during September.

While August is vacation month for numerous Italians, September is back-to-work and back-to-school month – so it’s business as usual when it comes to open hours for attractions and shops, even though the weather remains summer-like in many places throughout the country. This means foreigners can benefit from the beach weather after the Italians have left the beautiful beach towns.

1. Tourist Season is Drawing to an End

The summer is almost over and that means that a lot of the tourists will be gone with it. That doesn’t mean that you still won’t find a hefty queue at the city’s most popular sightseeing destinations, but September suits the traveler who is looking for a quieter, slower-paced experience. Many seasoned visitors choose to visit the city during this month – I even met a British couple who had waited till September to hire out a company that did removals to Italy to start a new (Italian) chapter in their life!

2. Weather is Getting Cooler

Temperatures decline in September, with warm but enjoyable weather. Early on in September, the typical highs are about 23 to 24°C, but by the end of the month, afternoon highs are normally around 19°C. Rainfall increases significantly, to 68 mm spread over nine days, so there’s a chance you’ll need a light rain jacket, particularly if you visit in late September.

This is a harvest festival that is organized in the first couple of weeks of September. The festival itself is held at the basilica of Constantine in the Forum, offering guests the chance to honour the grape. Grapes are sold at amazingly cheap prices alongside a mouth-watering assortment of food and wine. It also provides lots of folksy Italian music and quirky street entertainment.

Known as the “The White Night Festival.” This is an array of concerts, dance, art, and theater events, alongside various museums, shops, and art galleries that stay open until the early hours. Many genres of music are covered throughout the festival, and you can even go and see circus performers and magicians as well as immersing yourself in a market that sells all sorts of items and treats.

Arts and Antique Fairs – There are various arts and crafts festivals held in Rome during the month of September for those who are in the market for fine art, antiques or Italian crafts. The antiques fair in Via dei Coronari starts in mid-September and runs for the whole month, while an art fair held along Via Margutta, one of Rome’s most attractive streets known for its assortment of trendy art studios, takes place around the same time.

you can discover fresh sites to appreciate – starting from the tranquil and beautiful streets, or nice restaurants and trattorias, or even concealed landmarks you didn’t realize the first time you looked at the map. For these reasons, and because everything is in a sensible range for walking, be free, be different, step out from your room and just walk until your legs can’t walk anymore.

Despite the fact that a September trip to Italy will cost more than a shoulder season trip would typically cost, this is a month – much like May – when a trip is often worth the extra money you’ll spend on it. A little advice for you: don’t plan your journey in Rome extensively. Wear very comfortable shoes, make some sandwiches for the day, and keep yourself hydrated.

Want more information about traveling abroad in Italy? Contact us below:

Requirements For Retiree Residency In Honduras

The Expat Life in Bogota, Colombia