Expat Tax Compliance: Get it Right or Go to Jail - Escape Artist 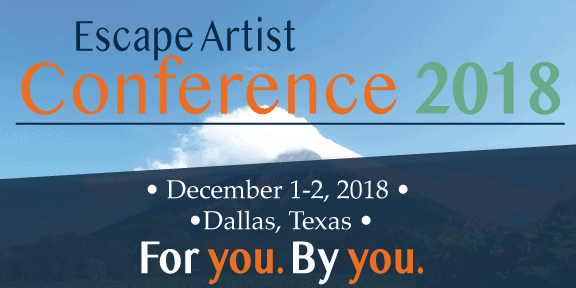 One of the biggest challenges for U.S. citizens living and working overseas is staying compliant with the various reporting requirements of the U.S. Department of Treasury. With the last extension time for 2017 taxes (October 15th) closing in, I reached out to my good friend, Morey Glazier, for some help outlining the most important tax issues facing U.S. expats. Later in this article, you’ll see his list of FAQs for U.S. Taxes While Living Abroad.

Filing these days is more complex due to new laws passed in the wake of 9/11, like the Patriot Act, and the follow-on a few years later, the FATCA provisions in the 2010 Jobs Bill. New thresholds for filing are much lower than before, and CFCs, Controlled Foreign Corporations, previously reportable, now have tax ramifications on retained earnings. This rule applies to any CFC where a U.S. shareholder has 10% or more of the company.

The recent Republican tax plan rewrote much of the code as it pertained to offshore corporations in 2018, making much of what I and others published last year obsolete. You need to catch up quickly to maximize the tax benefits of living offshore.

There was a time we thought the offshore filing requirements would be eliminated. But, when the dust settled, Trump changed the foundation of international tax law for big businesses and multinationals. However, he did nada for small businesses and individuals.

Where U.S. corporations with divisions abroad are now only taxed on U.S. source income, we got screwed. When the United States moved from a worldwide tax system for multinationals to a residency-based tax system, they did not extend those benefits to individuals.

We had hoped that individuals would also move to a residency-based system. That those of us living abroad would no longer be taxed on our worldwide income. That we’d be placed on the same footing as large corporations and only taxed on our U.S. source income. But, this didn’t happen.

For us expats, the United States tax system still operates on the principle that U.S. citizens are taxed on our worldwide income. To enforce these laws, the IRS has imposed new filing obligations backed up by draconian penalties for those who fail to comply. Not only did we lose out on the benefits of these tax law changes, we got hit with new rules that curtail the ability to retain profits offshore.

Thus, you need to update your global tax strategy for 2018. Anyone living and working abroad, or investing outside of the United States, must get up to date fast!

This is a huge reason we worked hard to put together a conference this year with not just one, but two tax sessions as it relates to compliance and issues related to living, working, and investing offshore.

Get more information now on the conference here

Check out the coverage at this event:

Now to some Frequently Asked Questions on tax matters that Morey Glazer has answered for us. Morey will be one of the featured speakers at the upcoming conference in Dallas. Seeing the issues here is great, but you’ll want to meet Morey in person and pick his brain. Hope you will join us.


I am an American living and working abroad. Do I need to file a U.S. tax return?

Regardless of where you live now, being a United States citizen requires that you file a yearly tax return with the IRS. Green Card holders and all U.S. citizens are required to file a U.S. return, no matter where they live, as long as their income (earned in the U.S. and abroad) is just over $9,000. Many people wrongly assume that because they have never owed money to the IRS, they simply don’t have to file. Earning anything requires you to file.

Do I need to file a State Tax Return?

As is the case with many legal matters, each U.S. state sets its own rules regarding state taxes and expats. Some states do demand that you file a state return, while others release you when you move away. The rules can be complicated, so be sure to ask your tax preparer before making assumptions as to the requirements of your former home. The most stubborn states are New Mexico, California, Virginia, and South Carolina. If you moved abroad from one of those states, it is unlikely that you have been released from the obligation of filing.

How do I know if I qualify for the Foreign Earned Income Exclusion?

The IRS qualifies you as eligible for the Foreign Earned Income Exclusion (FEIE) if you fall into one of three categories:

Can I deduct foreign taxes paid?

As a general rule, tax you owe the U.S. on foreign income can be substantially reduced or even made zero if you have already been taxed on said income in your country of residence. You can claim these paid taxes either as credits on your federal return or claim each amount as an itemized deduction. The optimal choice between deduction or credit depends on your country of residence and whether or not this country has a tax treaty with the U.S., as often there are substantial differences between U.S. and foreign tax laws with respect to what the foreign country taxes and what it does not tax. For example, even though some countries do not tax capital gains, these are subject to U.S. tax as are foreign employer contributions to foreign social security and retirement pension funds, as well as both employer and employee contributions to foreign deferred-income plans. Self-employed individuals run a much higher risk of being double taxed, and you should contact an international tax professional immediately in this case.

When is my tax return due?

For Americans living within the U.S., the tax return is always due on April 15th or the following Monday (if the 15th is a weekend or a holiday). A two-month extension is automatically given to citizens living abroad, putting the expat due date (for filing purposes) at June 15th. The filed-for extension moves the due date (for filing purposes) as far back as October 15th. Neither of these extensions applies to paying taxes. Any taxes owed, regardless of whether you are stateside or abroad, are due on April 15th.

How do I file for an extension?

If you need to file for an extension for free, simply visit:


For a small fee, you can quickly and easily file for an extension to October 15th.

What about my foreign bank accounts? What are FBAR and Form 8938?

We saved the best for last. In order to help it track those Americans who are not reporting their foreign income, the IRS and the U.S. Treasury have recently instituted a number of informational forms that must be filed:

Great information here. To meet Morey and get some deeper insights, be sure and register for the upcoming Escape Artist Conference in Dallas on December 1-2, 2018.

As a last note, there’s a place where so many expats miss the critical need to file.    This is the case of dual nationals. Many of these people may have been U.S. citizens by birth but only lived in the U.S. for a few weeks or months. However, the fact remains that they are U.S. citizens and are required to file and, if owed, pay U.S. taxes.

A famous case was that of former London mayor, Boris Johnson, whose pa

rents lived in New York when he was born. This made him a U.S. citizen. But as he stated when he protested a tax bill from the U.S., he hadn’t lived in the U.S. since he was 5. And he was the mayor of London, for Pete’s sake.

However, that didn’t stop Uncle Sam from sending him a capital gains tax bill for more than $100,000 on the sale of a London property. Right or wrong, as you see it, the fact remains that U.S. citizens, any and all types, must pay U.S. taxes – and file even if they don’t owe.

Expats and offshore investors: Be sure that you are compliant with the reporting requirements. Come to Dallas and meet the experts to be sure you have the right resources to stay legal. Remember, Get it Right or Go to Jail.

Live in the Czech Republic: The Pros and Cons of Living as an Expat